The Stack’s-Bowers March 2015 Baltimore Auction was held last week (with online sessions continuing into this week), with offerings of U.S. and World Coins and Currency. The auction included the Henry P. Kendall Foundation Collection of (Colonial) Coins and Currency, including what was sold as “one of the greatest collections of Massachusetts Silver ever formed”. Indeed, many of the pieces which sold for the highest amounts came from this collection, assembled by an unnamed collector, but we will also take a look at a few of the highlights from the other sessions. Please note that all prices realized include a 17.5% buyers premium. A complete prices realized list can be accessed following this link: http://media.stacksbowers.com/PricesRealized/2015/SBG-Mar2015-Balt-Prices-Realized-Live.pdf. 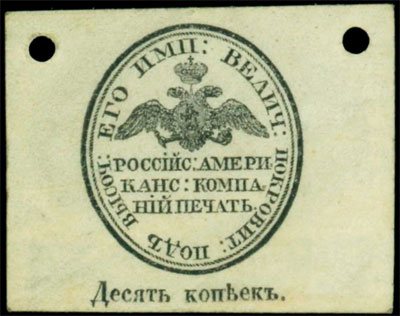 The first lot of the sale, lot number 2001 was covered in our preview and realized $44,062.50, being a very rare example of a piece of currency (face value of 10 Kopeck) issued for the Russian-American Company in the 20th century. The Company, which controlled much of the Pacific Coast in the first half of the 19th century, with forts located in present-day Alaska, California and Hawaii, played a vital role in the early history of the American West Coast, although it is a part of history that few Americans know about. 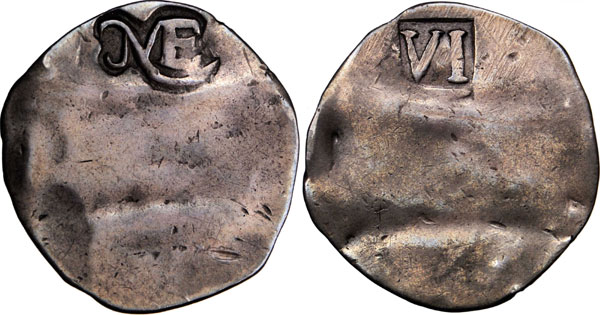 The majority of coins in the collection where freshly certified by PCGS, and in many cases stickered by CAC before they announced to stop evaluating US colonials. Original envelopes and flips were also included in many lots. Perhaps the most important part of the collection, Massachusetts Silver of the New England, Willow, Oak and Pine Tree types was sold first. Of the New England types, the first coinage struck in what would later become the United States, lot 2307 was perhaps the most spectacular, being one of just four New England Sixpences to remain in private hands. The coin, graded EF40 by PCGS, realized $411,250.

Lot 2314 was another highlight, this time of the Willow Tree coinage, known for its overall mediocre strikes and poor quality. It was the only 1652 Willow Tree Threepence in private hands, with two examples known to exist (a third was stolen from Yale University and is missing). Graded AU50 by PCGS the coin realized $587,500 after much spirited bidding from several floor bidders. Considered one of the key coins of the series, even a basic Massachusetts Silver type set can not be completed without this one coin. 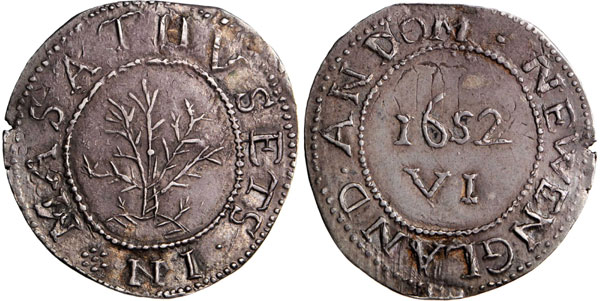 Another coin which saw spirited bidding was 2338, the unique Noe-15 Oak Tree Sixpence, overstruck on a cut-down Oak Tree Shilling and graded AU55 by PCGS. Considered one of the finest Sixpences of the Oak Tree series, the coin realized $188,000, which some people in attendance considered a great bargain. The pedigree of that particular coin goes back to the 19th century, and it has been plated in several references, but to date no other example of this die pair has ever been seen.

Leaving Massachusetts Silver behind the catalog jumped back in time to the coinage of the Sommer Islands, now known as Bermuda, struck in London circa 1616 and circulated extensively on the island. While Bermuda is technically not part of the United States this series has forever been included in the Red Book, and is very popular with American collectors. The highlight of this section of the catalog was lot 2448, a PCGS EF40 graded example of a Sommer Islands Threepence, which realized $152,750. The coin showed remarkable detail for the type (all known pieces show heavy corrosion due to exposure to the climate of Bermuda) and is considered to be the finest among just three examples in private hands.

Jumping to the 18th century, lot 2510 was a very rare example of the 1787 “George Clinton Copper”, graded EF40 by PCGS and overstruck on an Immunis Columbia Copper, which realized $235,000. George Clinton was Governor of New York when the coin was struck, which is generally considered to be a speculative or pattern issue, produced at the private mint of Thomas Machin in New York.

Early coinage of the United States Mint was also represented, with lots 2576 and 2577 attracting considerable interest. The first was a PCGS AU53 graded example of the 1792 Silver Center Cent, Judd-1, considered among the earliest patterns for a United States coinage. Lot 2577 was the coin which saw major news coverage in the media, being a PCGS AU58 graded example of the 1792 Birch Cent (Judd-4), a historical and very rare pattern, which sold for $1,175,000. Considered to be the earliest American Cent, it is one of just seven examples known to exist. 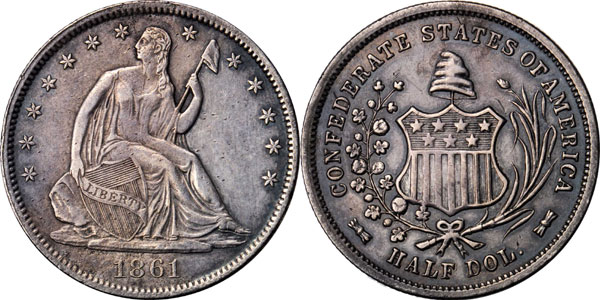 While the emphasis of the collection was Colonial coinage there was also a small section of coinage of the Confederate States of America auctioned. The highlight of this part of the catalog was lot 2583, a very rare original striking (graded PF-40 by NGC) of the 1861 Confederate Half Dollar. The coin, one of the very few original examples of coinage struck by the Confederacy (but never for circulation) realized $646,250. The coin was produced at the New Orleans Mint during the first months of the American Civil War, and while restrikes occasionally come to the market originals are very rare, with just four examples known to have been struck.

As we mentioned before there were also a number of other sessions, of which we’d like to cover a few lots. United States Currency was represented by a session which included the Holecek Family Foundation Collection. The collection was a very impressive display of high denomination notes, including $5000 and $10000 bills in grades seldom encountered in today’s market. Lot 4448, for example, was a PMG Choice Uncirculated 64EPQ graded example of a 1934 St. Louis $5000 Federal Reserve Note. Among the finest known examples of this seldom encountered denomination, the note realized $258,500. A 1934 Boston $10000 Federal Reserve Note in the same grade, lot 4450, realized an equally impressive $223,250. 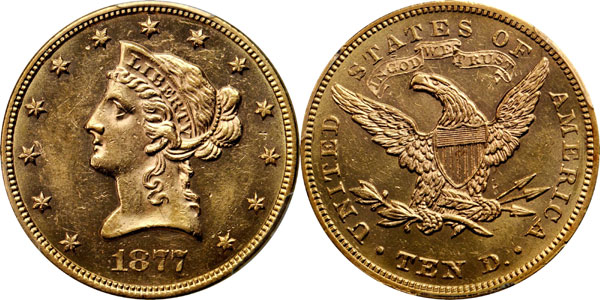 A so-called “Rarities Night” of United States Coinage was also held, but compared to the impressive Henry P. Kendall Foundation Collection this catalog might have seemed a bit lackluster. One coin we do like to mention was lot 6099, one of the very few mint state examples of the 1877 Eagle known to exist. The coin, which had a mintage of just 797 business strikes (plus a small number of proofs) was graded MS-61 by PCGS and realized $64,625. It is one of the lowest-mintage gold coins from the 20th century, and one coin that deservedly was auctioned during “Rarities Night”.