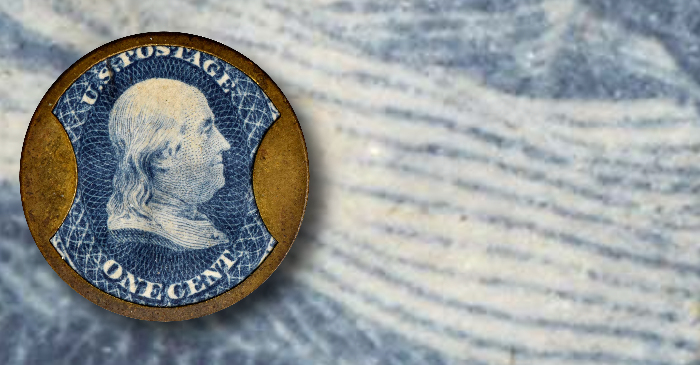 Santa Ana, California (July 30, 2019) — One of the most interesting collections to cross the block this August at the American Numismatic Association’s World’s Fair of Money is the personal reference collection of encased postage stamps assembled by Q. David Bowers.

Dave had a great deal of interest in the series starting at a very young age, and he went on to co-author The Standard Catalogue of Encased Postage Stamps alongside Mike Hodder in 1989. He assembled an astounding collection of encased postage to study during the writing process, and we are delighted to feature this exceptional cabinet in our August 2019 ANA Auction.

Encased postage stamps are an interesting chapter in the annals of numismatics. In the first decade of the 20th century, they were one of the most actively collected series in American numismatics. Far more people collected these than sought Morgan silver dollars by mint marks.

They were among several forms of emergency currency issued during the second year of the Civil War. Gold coins were hoarded to the extent that by January 1862 they were no longer paid out by banks. By late spring all silver coins had disappeared from circulation and by the summer even the copper-nickel Flying Eagle and Indian Head cents had been hoarded by concerned citizens. 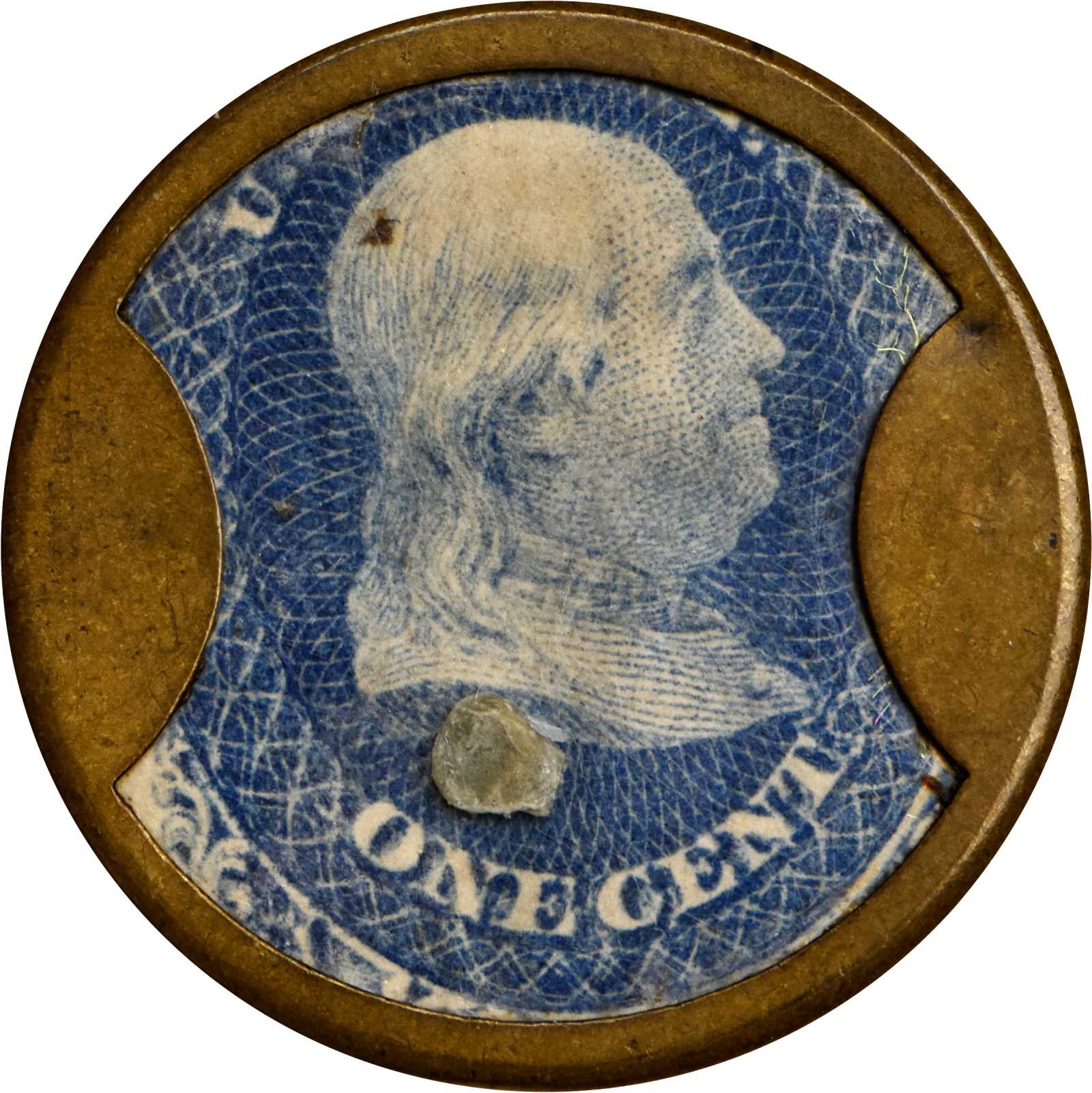 Rising to the occasion, on July 17 1862, Congress made ordinary postage stamps legal tender, though these flimsy, tiny, gummed pieces of paper soon became dirty and torn. 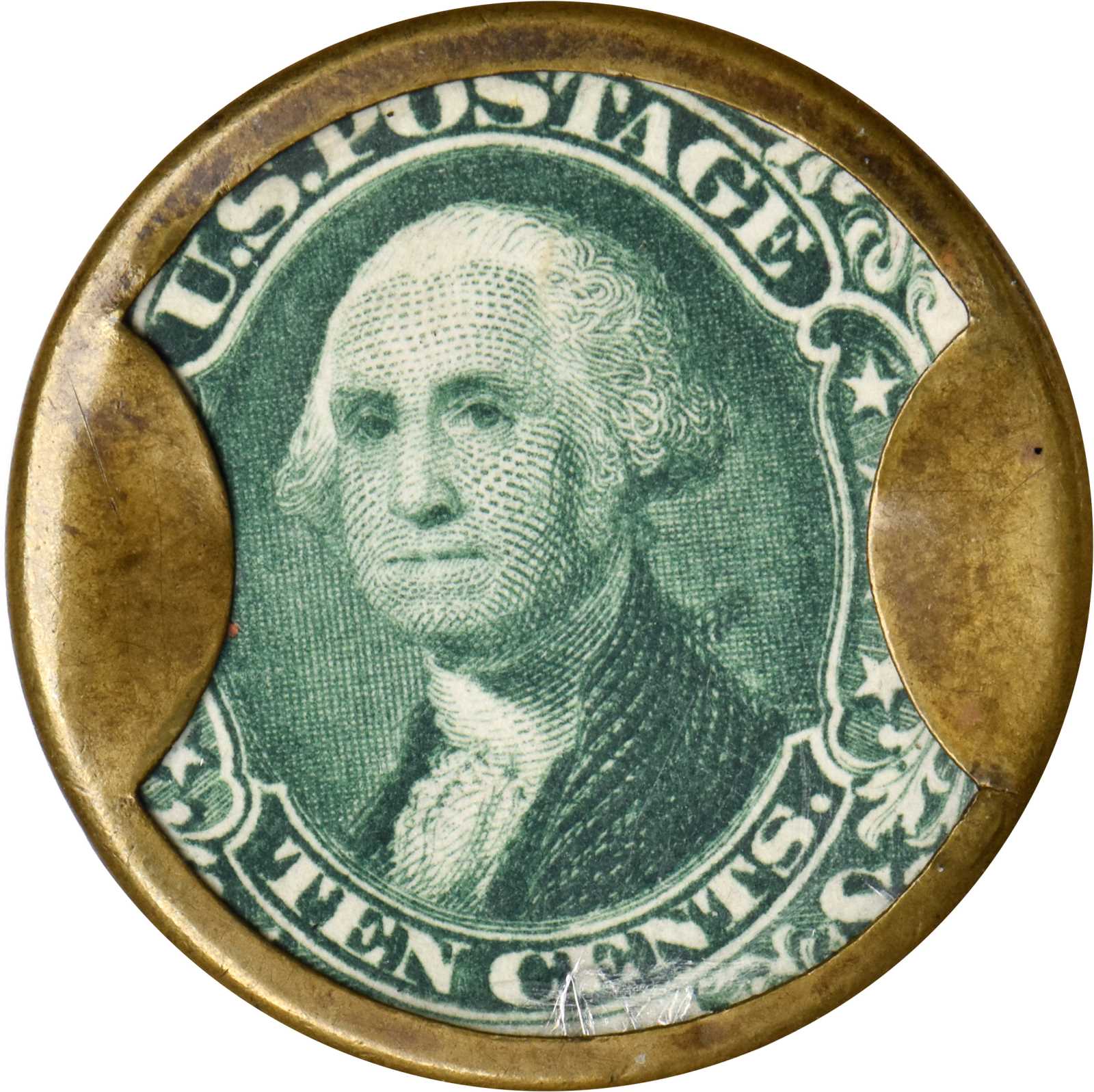 In an effort to improve this durability, New York City entrepreneur John Gault developed an encasement for the stamps which was awarded a patent on August 12, 1862. This design would be eventually adopted for use on encased postage stamps that advertised for more than 30 merchants and products. 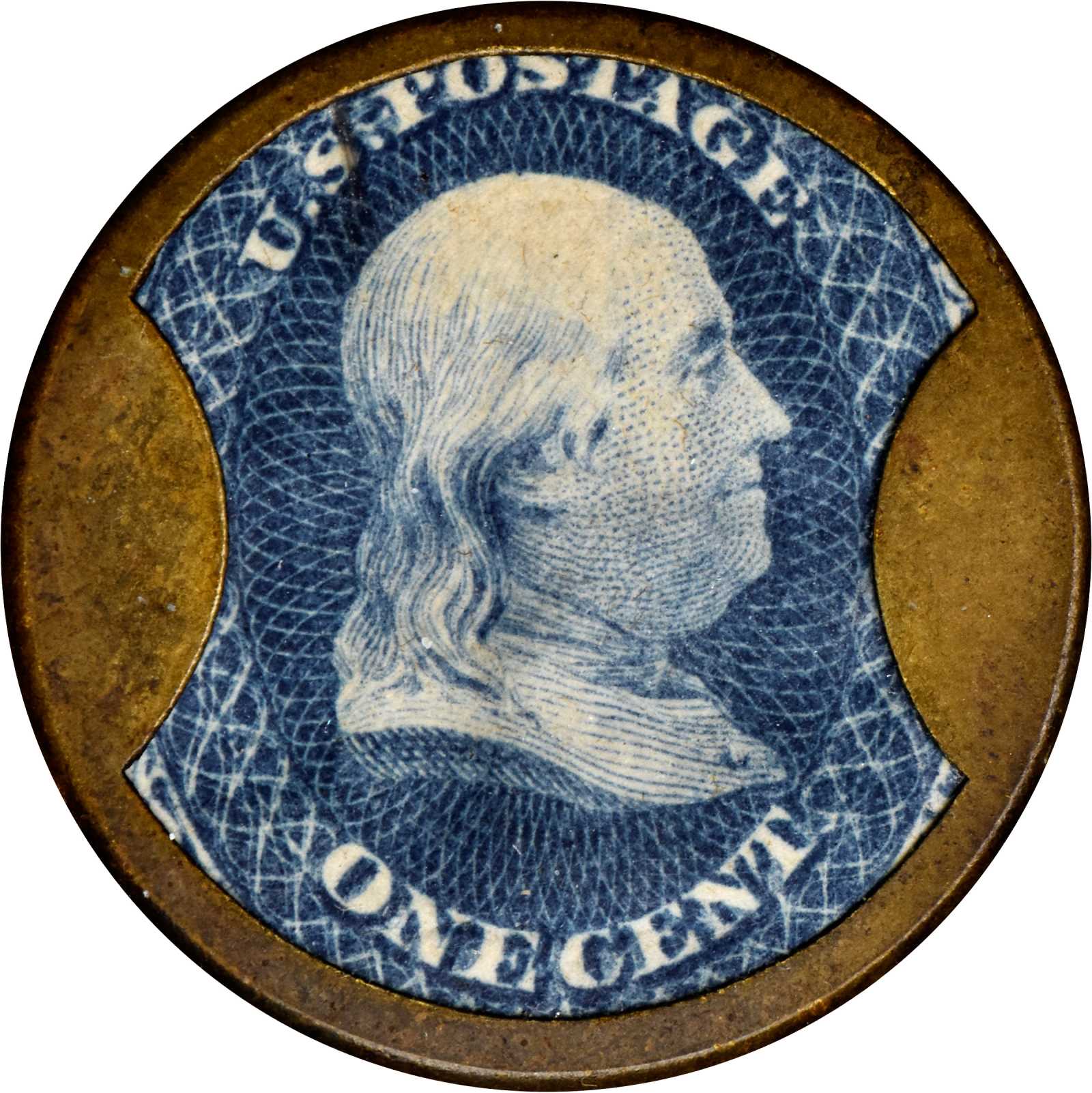 The Q. David Bowers Collection of encased postage stamps features some of the greatest rarities in the series including an 1862 Arthur M. Claflin one-cent example in lot 437, an 1862 L.C. Hopkins & Co 10-cent piece in lot 449, and the 1862 B.F. Miles one-cent (one of just two known) from the Ford Collection in lot 456.