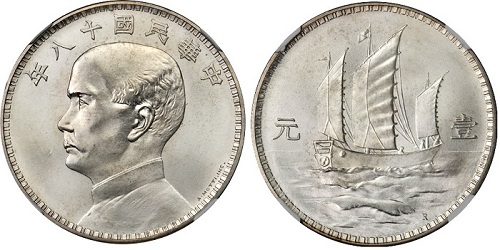 Stack’s Bowers and Ponterio is the leading auctioneer of rare coins and banknotes in Southeast Asia, and their August auction is packed with exceptional rarities and highly desirable numismatic collectibles.

Session B will commence at 10:00 AM Hong Kong time on Tuesday, August 16, beginning with the Foreign Coin offerings. The first of many rarities presented is a Cambodian 4 Tical, the finer of two known examples. Collectors of Cambodia will be ecstatic over the offerings here, including a Gold Restrike 4 Franc from 1860. The next show stopper is an extremely rare French Cochin China Centime Piefort Essai in Brass. Though the mintage for this issue is stated as 18, this piece is one of only two verified examples.

A large group of Hong Kong coinage comprises incredible pieces right from the start with an immaculately preserved Half Dollar from 1866 that is only surpassed in condition by one certified example. Next is an extremely rare 1866 Mil Mule, which is sure to entice sophisticated collectors. Japanese coinage follows, with the next major highlights coming from Korea, with three lots that pack a punch. These rare and desirable Pattern 5 Mun, 2 Mun and Mun will invoke furious bidding among specialists. This session also includes many British Colonial pieces that are Ex: King’s Norton Mint Collection. A strong showing of lots from Southeast Asia will excite bidders, with Malaya and British Borneo, Malaysia, Sarawak, a large run of Singapore, Straits Settlements and Thailand rounding it out. The end of the Session includes a run of United States Proof and Mint sets in gold. 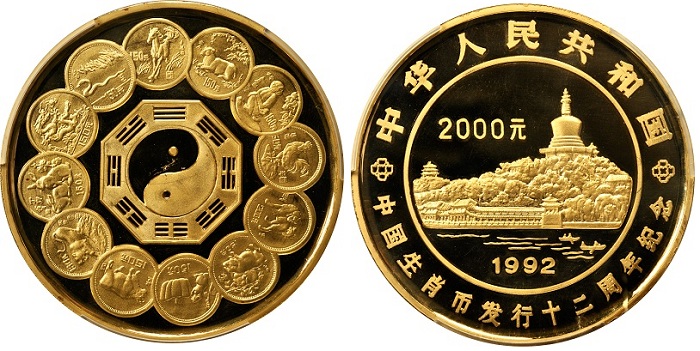 Session C, beginning at 1:00 PM Hong Kong time on Tuesday, August 16, features Modern Chinese Coins and is notable for the incredible size and desirability of its highlight pieces. With over 300 lots, this session is sure to include something for all varieties of collectors. Well over $1.25 million dollars estimated value is present in this session, with over 80 percent of that value concentrated in just five lots. The flagship piece is a magnificent “Completion of the Lunar Cycle” gold Kilogram. With a mintage of only 20 pieces, this is one of the rarest modern Chinese coins and the offered example is certified as serial number twenty. The obverse is a gorgeous representation of 12 Lunar Issue animals around a large Yin Yang Bagua. The reverse features a grand depiction of the White Pagoda of Beihai.

More extremely rare large size gold pieces include items commemorating the Centenary of Chairman Mao’s birth, the Fortieth Anniversary of the People’s Republic of China, Peacock Series and the Dragon and Phoenix Series. Each of these gorgeous pieces has an extensive description that will be available online and in the forthcoming printed catalog. Suffice it to say that this session will be monumental if for these coins alone. Yet they are not alone, the Panda Series features over 180 lots, a perennially popular portion of Stack’s Bowers and Ponterio’s auctions. Multiple standouts include a 1990 1,000 Yuan, and two fabulous examples of the scarce 1995 50 Yuan Small Date variety. The Lunar Series is also well represented, with dozens of great coins including a 500 Yuan 1989 Year of the Snake and a 1,000 Yuan 1991 Year of the Goat. A plethora of Modern Chinese coinage series are represented as well: Unicorns, the Goddess Guan Yin, Zhao Gongming, the God of War and Wealth, Peacock Series and the Inventions and Discoveries Series. All told, this session is sure to attract considerable bidding activity.

The Stack’s Bowers and Ponterio Hong Kong Showcase Auction continues on Wednesday August 17 at 1:00 PM Hong Kong time with Session D, the Vintage Chinese coins. This session starts out with a pleasing run of over 30 ancient Chinese and Sycee pieces, offering a link to a rich history. Immediately following these pieces are the Empire General Issues commencing with a real stunner in lot 62033, the finest certified 1900 Peking 3 Mace 6 Candareens Restrike. Hailing from one of the rarest series of Imperial Chinese coinage, this piece features the all-important coupling of rarity and condition. A 1910 Pattern Dollar (L&M-24) in Gem Uncirculated condition is another fantastic highlight. We expect a terrific “Reversed Dragon” Pattern Dollar to cause a flurry of bids when it reaches the podium. The real heavy-hitter for the Imperial Issues is the Masterpiece Long Whisker Dragon Dollar Pattern, destined to elevate the prestige of the next collection it enters.

Over 80 coins make up the Republic Issues section of the auction, with many of the popular types present representing the personages of the era: Sun Yat-sen, Li Yuan Hung, Yuan Shih-kai, Hsu Shih Chang and Tsao Kun. A fantastic and possibly unique satin finish A. Motti pattern Sun Yat-sen Junk boat Dollar stands as one of the most desirable coins in the auction. A 50 Cent pattern of Yuan Shih-kai, signed by the engraver “L. Giorgi” is certain to cause excitement as it is tied for finest certified. A Mausoleum Dollar in choice Mint State condition is also expected to do well, especially considering it is the only example to receive a Proof-like designation.

Provincial Issues follow, and with almost 180 coins, it is nearly half of the session. This vast and deep area of Chinese numismatics is well represented with coinage from Anhwei, Chekiang, Chihli, Fengtien, Fukien, Hunan, Hupeh, Kansu, Kiangnan, Kiangsu, Kirin, Kwangtung, Kweichow, Sinkiang, Szechuan, Tibet and Yunnan. Highlights include an exceptionally choice 1900 Chihli Dollar from the year the Pei Yang Arsenal burned down in the Boxer Rebellion and an exceedingly rare Chekiang Pattern Cash with an intriguing back story (enumerated in the online and printed catalog). The province of Fukien provides a rare 20 Cent issue from 1927. A Hunan Crossed Flags Dollar in Gem Mint State condition is sure to turn some heads. A Choice Mint State Large Characters Hupeh Teal, the scarcer of the two varieties, is sure to demand attention when it comes up for bids. 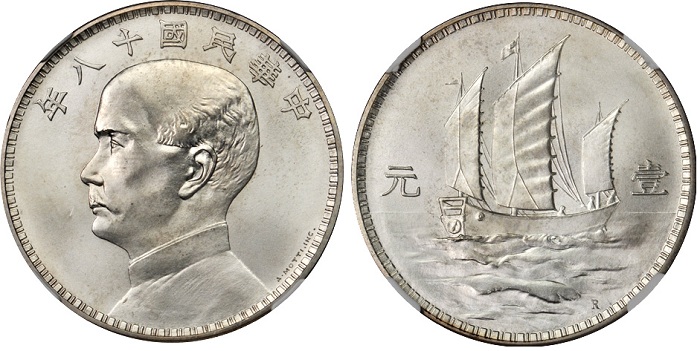 Next up among provincial highlights is a Kwangtung 50 Cents piece in Superb Gem Proof condition, a treat to view in hand. A high grade Auto Dollar can be found as well, a coin type with evergreen popularity. Rounding out the highlights for this group is the historically significant Yunnan Ration Gold 5 Yuan with a terrific back-story, illustrious pedigree and overall appeal as a coin that may not be seen again for decades. Three Soviet Issue Dollars finish up this portion of the sale.

Following the Provincial section is an incredible and varied run of 36 lots of Chinese Fantasy issues, a substantial offering that surpasses the firm’s most recent April 2016 Hong Kong Showcase Auction. Many of those lots realized considerably more than expected, so we eagerly anticipate the results of this expanding and visually rich portion of the sale.

Rounding out the final session are Chinese Medals, Orders and Decorations, pieces with lovely motifs and great collectability. There is a particularly nice Order of the Double Dragon Type 2 Second Class, Grade III Badge and Breast Star available; be sure to view this piece in person to take in the gorgeous design.

The Paper Money to be offered in the Stack’s Bowers and Ponterio Hong Kong Showcase auction will have its own printed catalog and will be presented as Session A on Monday, August 15 at 1:00 PM Hong Kong time. Some highlights include a South Vietnam, National Bank of Vietnam 1,000 Dong Pick# 4Ap graded 66 OPQ and a People’s Republic of China 1953 10 Yuan Specimen Pick# 870s graded 58 EPQ.

The Internet only sessions will take place on Friday, August 19 and will offer a number of highly desirable coins, medals and banknotes with very attractive opening bids that are certain to attract intense bidder activity. The Paper Money portion will begin at 10:00 AM Hong Kong time (7:00 PM PST Thursday, August 18) and the Chinese and Foreign coin session will begin at 12 PM HKT.

Lot viewing will be available at the Stack’s Bowers and Ponterio Santa Ana office before the sale, as well as in Hong Kong immediately prior to the auction. Check StacksBowers.com for specific dates and times. And of course no announcement would be complete without a reminder that when you are ready to sell, Stack’s Bowers Galleries is your source for auction. The firm offers professional handling of your collection, with a proven track record of accomplished sales. Currently, they are accepting consignments for the January 2017 NYINC auction as well as the April 2017 Hong Kong sale. Contact a consignment specialist at 949-253-0916 or via email at  or stop by and visit the Stack’s Bowers and Ponterio table located near the entrance at the Hong Kong Coin Show, which runs from Friday August 19 to Sunday August 21.