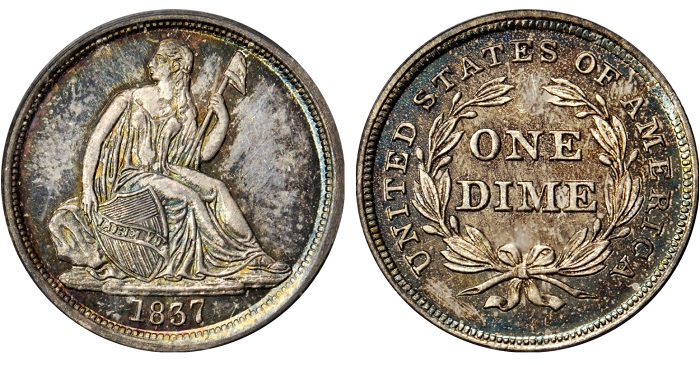 In this second preview article for the various auctions held during the World’s Fair of Money in Philadelphia, PA, this month, we will take a look at some of the highlights of U.S. coinage offered by Stack’s Bowers. Spread out over various sessions, we have decided to limit our preview to the coins offered in Rarities Night, which will be held on the evening of August 15th. Of course, this does not mean that all highlights are limited to this session; the various other sessions contain many more scarce and high-grade coins worth taking a look at. All lots discussed in this article, as well as all other lots coming up for auction can be viewed on the Stack’s Bowers website. 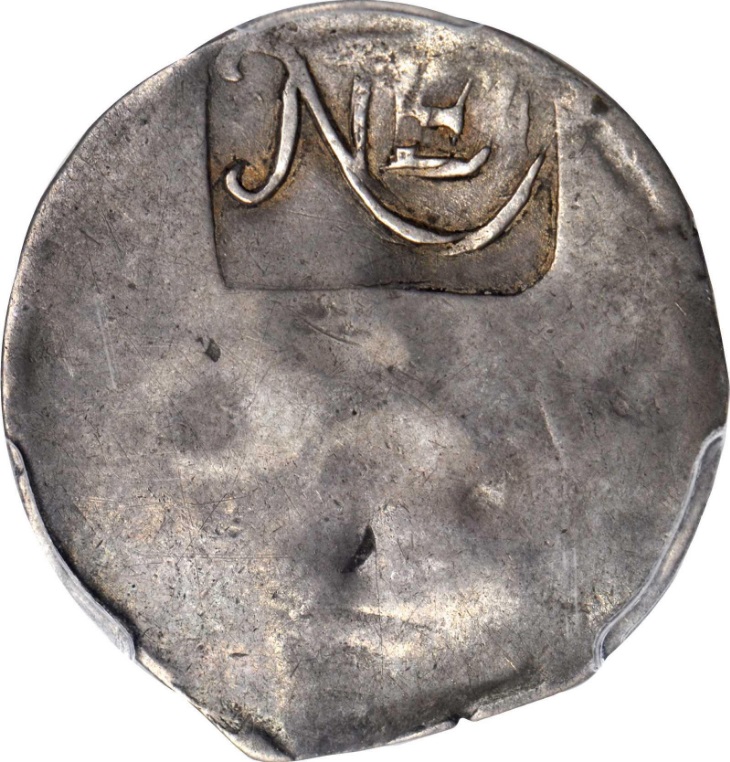 The first lot in the sale, lot number 1001, is an example of the very first coin struck in what is now the United States. Minted circa 1652 in Boston, it is a high-grade example of the New England shilling and is graded AU-50. While the 1652 dated Pine, Oak, and Willow Tree coinages are much more common, they were actually backdated, and the undated pieces, such as the one offered by Stack’s Bowers, were the only ones actually struck around 1652. While the “design” is extremely simple, the importance of these coins cannot be underestimated. They circulated extensively and attrition was very high. Many pieces were melted for the silver in these coins, and survivors are rare in all grades. While it’s hard to grade these coins thanks to their simplistic design, this is one of the nicer looking examples to come to the market in recent memory and is just about as nice as you can find one of these very historic coins. 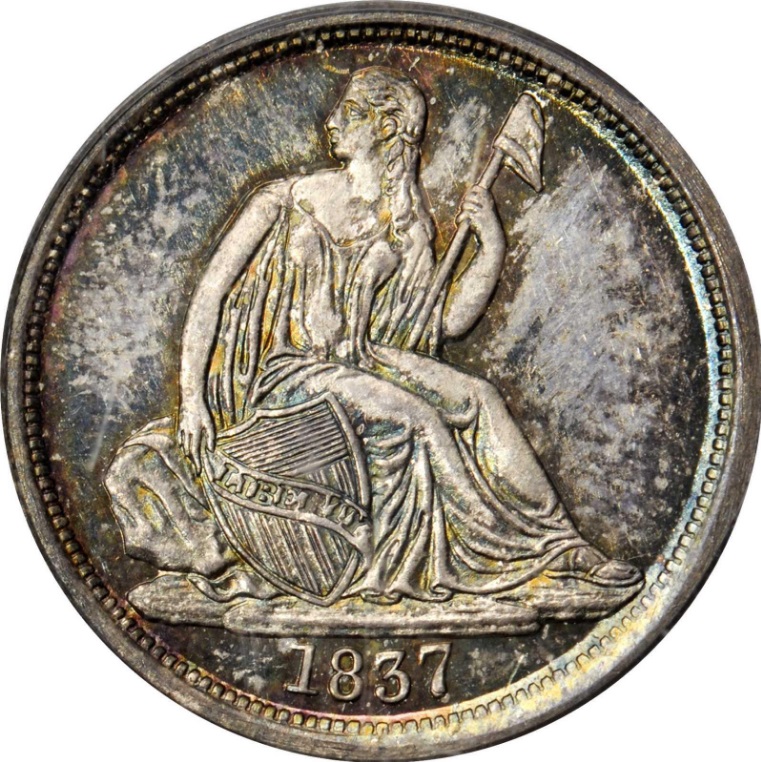 Prior to 1858, Proof coins were struck in extremely limited quantities and were generally not offered for sale to the general public. Instead, they were usually made to be presented to important people visiting the Philadelphia Mint. As a result of this, early types of American coinage are extremely rare in Proof format. This includes the 1837-1838 No Stars half dimes and dimes, featuring the long-running Seated Liberty design by Christian Gobrecht. Lot 1114 in Rarities Night offers a Gem Proof (PF-65) of the 1837 No Stars dime. A design that really comes to life in Proof format, its mintage was relatively high for Proof coins of its time (thanks, no doubt, to the introduction of the new design), but today there are less than 30 examples estimated to exist. As Proof coins were not struck at the New Orleans Mint in 1838 (the only other date of this type), that figure represents all Proof coins of this short-lived type. Of those, this is one of the finest known, and it is a wonderful example of what the Mint was capable of producing in 1837. 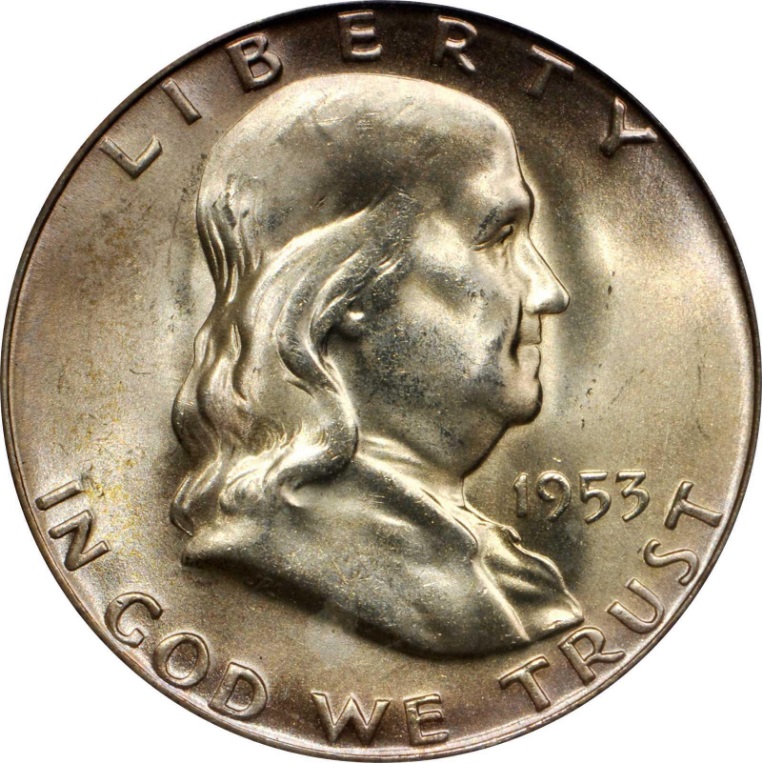 Moving on to the middle of the 20th century, we now take a look at lot 1169, a rare 1953-S Franklin half dollar graded MS-65FBL. If you are not familiar with this series, you might be surprised by the rarity of this coin. While the 1953-S is anything but rare, even in typical Gem Uncirculated condition, virtually all are very weakly struck. This is especially apparent in the lower details of the Liberty Bell on the reverse, which is one of the key points collectors of the series look at when judging Franklin half dollars. Coins with complete (full) bell lines are preferred, and while for many dates in the series they can be found with relative ease, the 1953-S is a notable exception. Examples with Full Bell Lines are extremely rare, making up a tiny fraction of the survivors of the series. This is one of the nicest to have been certified, and it is surpassed by just four examples in higher grades in the population report. 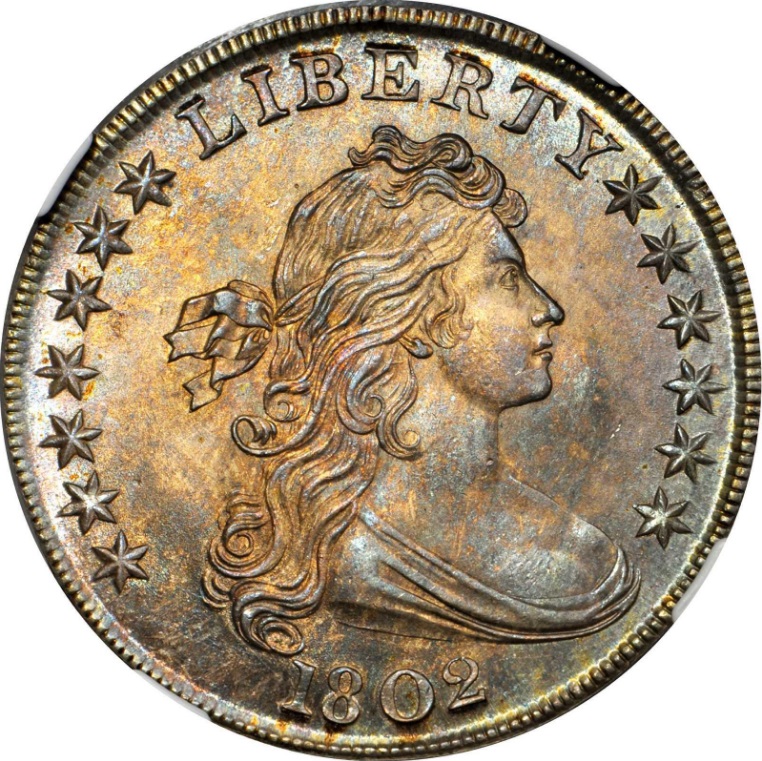 Early silver dollars (struck between 1794 and 1803) are scarce and become rare in Uncirculated grades. These were made at a time when a dollar represented quite a bit of purchasing power, and while the general public would not see many (if any) in general circulation, they did circulate among businesses and banks. As a result, very few were saved in high grades, and Gem Uncirculated examples of any date are rare. Even if an early silver dollar did survive in Uncirculated condition, it usually meant it was handled among other coins and was often bagmarked. As a result, anything above Choice Uncirculated condition is almost impossible to find. Lot 1191 is one of those rare gem survivors, an 1802 Draped Bust silver dollar graded MS-65. Fully original, and with great eye-appeal, it is amazing to think about the time that this coin was struck, and what the chances were of it being saved in this condition. It is tied with just four others for the finest graded of this date at NGC. 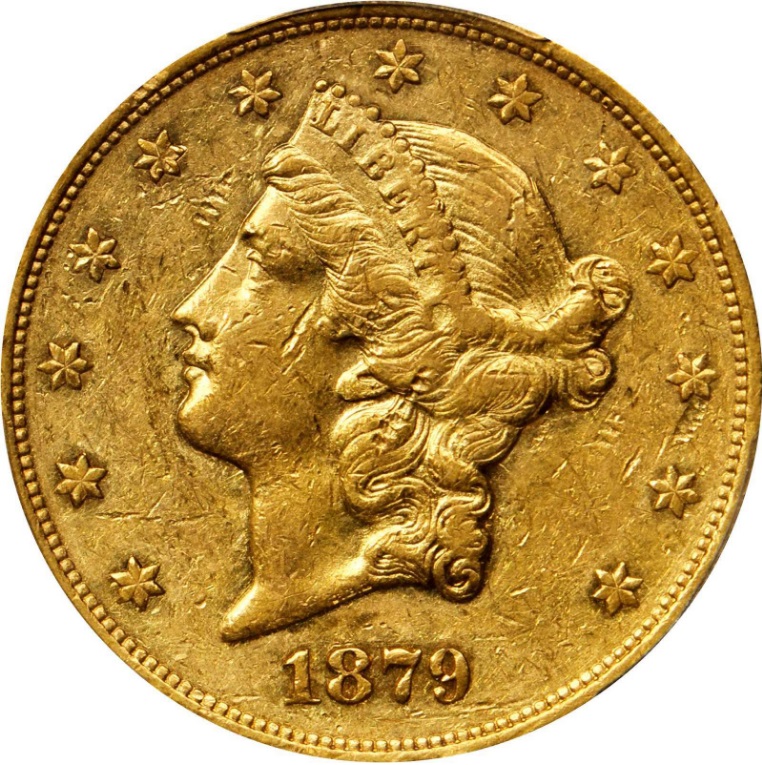 The final lot we will take a look at is lot 1370, an 1879-O Liberty double eagle graded EF-45. In 1879 the New Orleans Mint reopened after having been closed for 18 years, and that year it produced a very limited number of double eagles, just 2,325 in total. Most of these entered circulation and were exported or melted (or both), and survivors are rare in all grades. This is one of the scarcest double eagles from the New Orleans Mint, and it is also the only Type 3 Liberty double eagle struck there. After 1879 the New Orleans Mint focused on lower denominations, and the largest denomination of American gold coins would never again be struck in Louisiana. The piece offered by Stack’s Bowers is a wholesome, lightly circulated example of this rare issue. While it is by far not the finest known, it still would make a great addition to any specialized collection, as very few of these come up for auction in any given year.