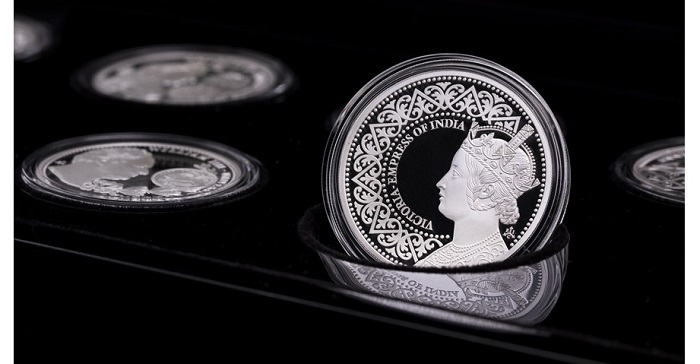 Following the bestseller success of the gold versions of this set, a silver version of nine crown-size one-ounce coins has been issued by the treasury. Each coin recreates the effigies which appeared on English and British during their respective reigns, beginning with Queen Elizabeth I, who, in 1600, granted a collective of English merchants a royal charter to trade internationally as “The Governor and Company of Merchants in London.” Almost immediately, they began their efforts to trade in the East Indies, and the East India Company was initiated the year after. The coin set includes a further eight coins and consists of a selection of key ruling monarchs from James I to Victoria. The 2019-dated set includes the same designs seen on the earlier gold coins issued in 2017, but have transitioned onto these larger silver Proof examples. 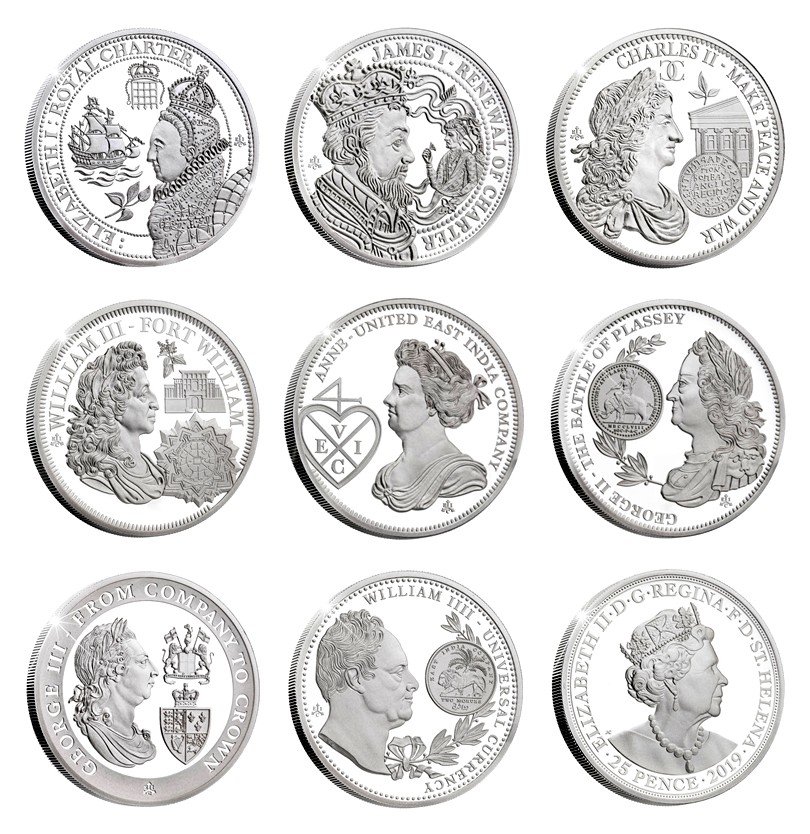 Each piece of the impressive and historic Empire Collection tells the story of the history of the British Empire in the East and features the monarchs’ portraits as they appeared on national, or in the case of Queen Victoria, her colonial coinage, issued in India. Each Proof coin is faithfully designed to reflect the style and appearance of the original coinage of its monarch, creating a series unrivalled in design, detail, and craftsmanship. The series tells the remarkable and unique story of the world’s only trading company with the sole right to issue its own coinage.

The obverse of each coin bears the effigy of HM Queen Elizabeth II which was created by engraver Jody Clark and is now the current numismatic portrait used on a wide variety of British Commonwealth countries. 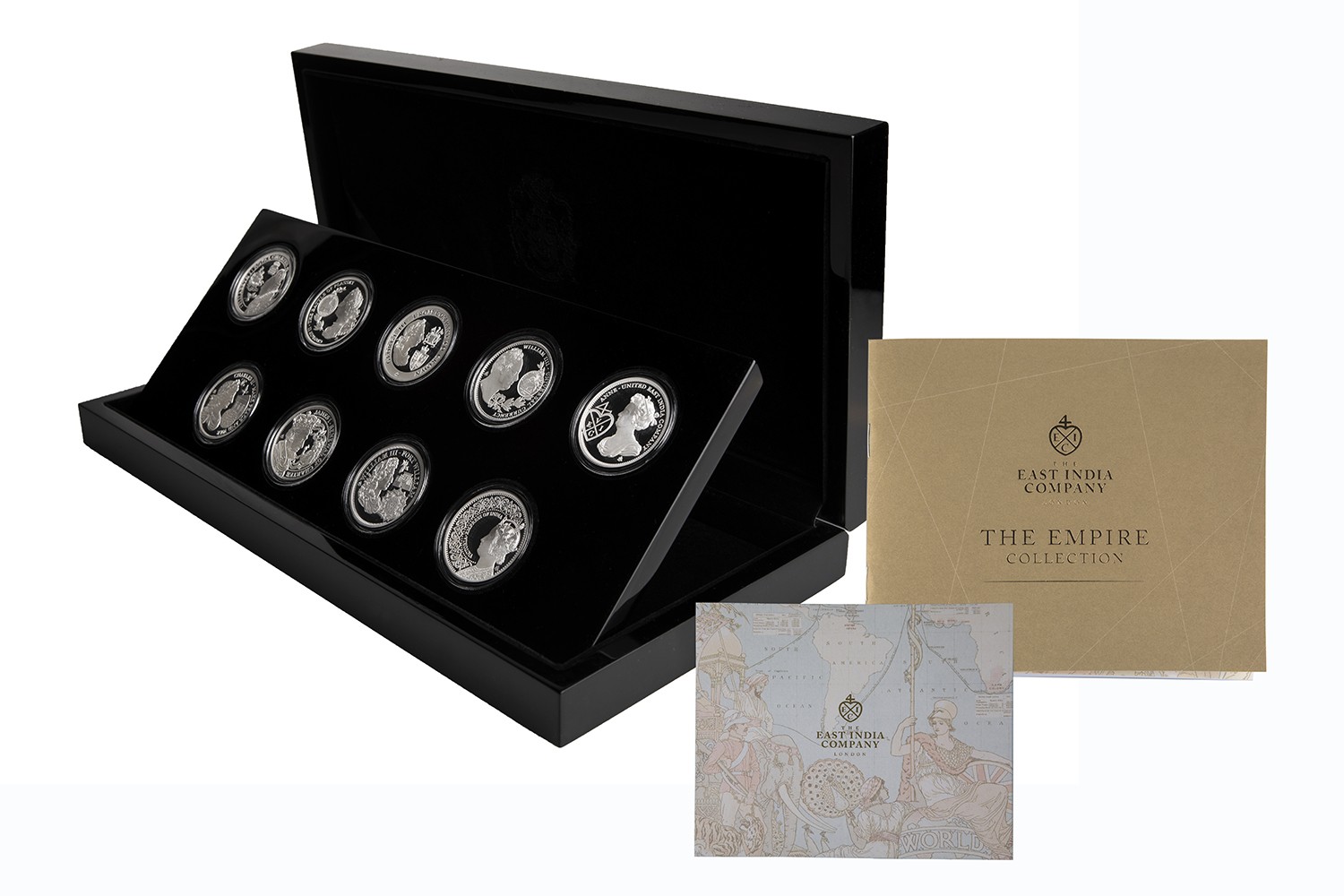 The nine coins are housed in a custom polished case accommodating an integrated easel enabling the display of the collection in its entirety. A numbered certificate of authenticity is also included. For additional information about these coins and others issued by the treasury of St. Helena, please visit the website of the East India Company.

St. Helena and East India Company: New gold collector’s guineas in remembrance of the bicentenary anniversary of the death of King George III