A special NGC label and designation are available to recognize coins received for grading during this historic anniversary. Special submission instructions must be followed. See the “Submission Instructions” section of this article.

Numismatic Guaranty Corporation (NGC) is offering a special label and designation that is available exclusively for 2019 Apollo 11-themed coins received during the anniversary of the historic moon mission. On July 16, 1969, the Apollo 11 mission launched from Florida, landing astronauts on the moon on July 20 and returning them safely to Earth on July 24.

Apollo 11-themed coins submitted to NGC’s Florida headquarters between July 16 and July 24, 2019, are eligible for a special designation of Moon Mission Releases as well as a special label showing an iconic depiction of an astronaut with an American flag on the lunar surface. Coins with the Moon Mission Releases designation will be listed separately in the NGC Census. The exclusive designation and label are available for an additional fee of $5 per coin. Scroll below to see detailed submission instructions. 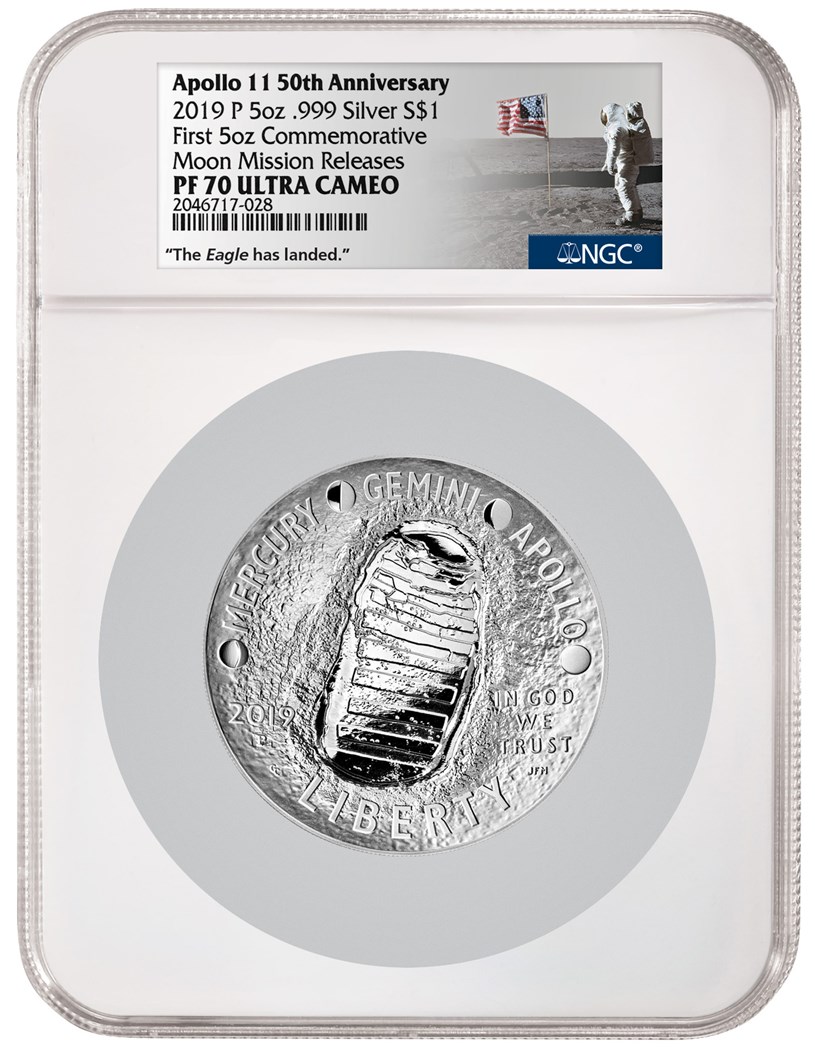 The frantic Space Race of the 1960s ended with the Apollo 11 mission, which saw astronaut Neil Armstong leave mankind’s first bootprints on the moon. The U.S. Mint has struck 50th anniversary coins to celebrate this triumph of technology and humanity with a bootprint on the concave obverse, while the convex reverse shows a view of the moon from an astronaut’s helmet. To see historic video clips and further explore the achievement celebrated by these coins, click here.

The U.S. Mint’s coins include a clad half dollar, a silver dollar, and $5 gold commemoratives in Uncirculated and Proof strikes, as well as a five-ounce silver Proof coin.

The following designation is available for coins that qualify for Moon Mission Releases:

The following labels are available for coins that qualify for Moon Mission Releases: