The Fabrica Nacional de Moneda y Timbre — Casa Real de la Moneda has released (20th November) new anniversary coins which recognise the bicentenary anniversary of perhaps one of the world’s most renowned and respected museums in the world — the famed Prado. First opened to the public on the 19th November 1819, The Museo del Prado was initially conceived as the Royal Museum of Painting and Sculpture. By 1868, the Royal Museum became known as the National Museum of Painting and Sculpture (and later the National Museo del Prado), and opened its doors to the public in November 1819, which included 311 paintings from the Royal Collection, all of which were Spanish artists hanging on its walls. Over the many decades, this extraordinary institution has become one of the main repositories of Western pictorial memory and recording, a fundamental point of reference for Spanish culture, and an object of collective pride. It is uniquely rich in paintings by many European masters from the 16th to the 19th centuries. It’s primary attraction lies in the vast presence of Velázquez, El Greco, Goya — who is the most widely represented artist in the museum, Tiziano, Rubens, and Bosch, of which he is best represented with the most extensive collection that exists worldwide. Additional outstanding works by other important authors such as Murillo, Ribera, Zurbarán, Fra Angelico, Rafael, Veronese, Tintoretto, Patinir, Antonio Moro, Van Dyck, and Poussin are proudly and prominently displayed. 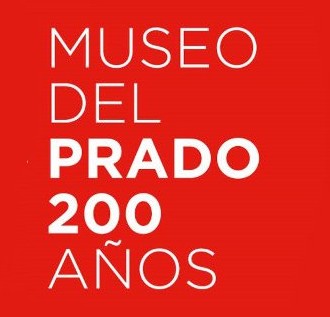 The year 2019 celebrates the bicentenary anniversary, revealing the path of progress and development covered from 1819 until today. On this particular occasion, the Museo del Prado reflects on the future and the forthcoming challenges for this and the other great museums of ancient paintings as well as the crucial need to attract a continued level of awareness and interest in both the preservation and public display of some of the world’s most beautiful works of art.

On the occasion of the bicentenary of the Museo del Prado, new collector silver coins with the face value of 30 euros have been issued, in which, colour has been used for the reproduction of a fragment of Velázquez’s Las Meninas painting. Shown on the reverse, in the central part of the coin, is a colour detail of the canvas Las Meninas, by Diego Rodríguez de Silva y Velázquez, which is housed in the Museo Nacional del Prado, in Madrid. To the right there is a circle containing a QR digital code, which can be read by a mobile device with a specific reader, cleverly linking to a web page with information about the characteristics of the coin. To the left of the primary design is the inscription MUSEO DEL PRADO 200 AÑOS with the denomination shown just above the primary design.

On the obverse are the conjoined effigies of Their Majesties King Felipe VI and Queen Letizia facing to the left. Above the effigies is the inscription FELIPE VI Y LETIZIA and underneath, the text ESPAÑA and the year of minting, 2019.

Each silver coin is struck to a select Brilliant Uncirculated quality with colour added to enhance the reverse design. They are presented in a custom Real Casa de la Moneda blister-pack format folder with information and illustrations about the coin’s design and background about the Prado Museum. For additional information about this coin and others offered by the FMNT — Real Casa de la Moneda, please visit their website.