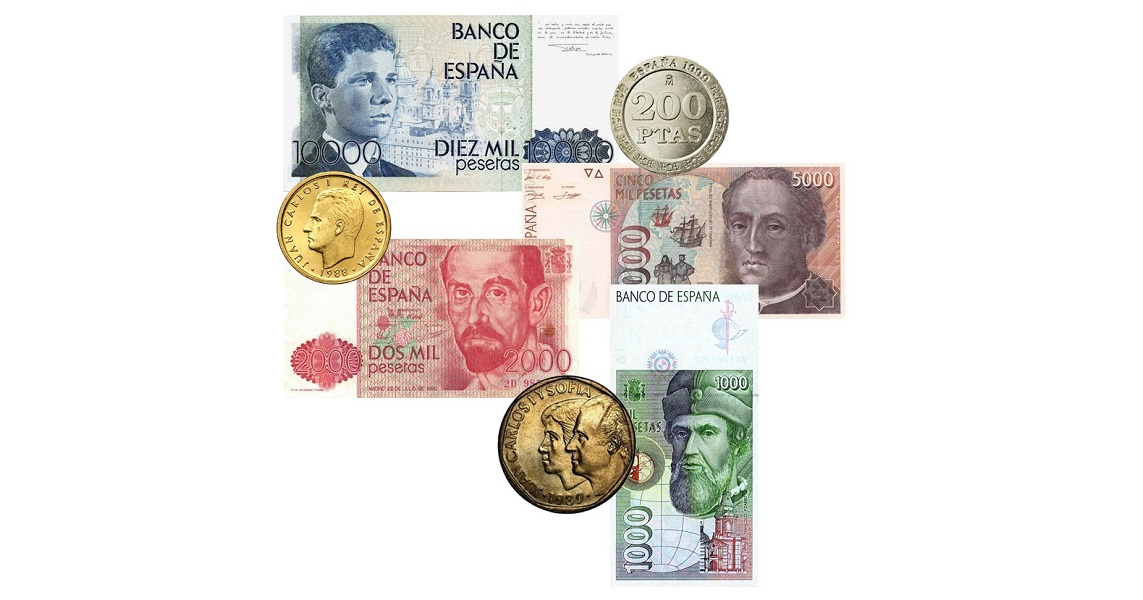 If you’re one of the many who have a stash of pesetas lying around somewhere in your drawer from an unforgettable holiday, you’re not alone, as it has been reported that more than 1.6 billion euros’ worth of pesetas — the legacy currency of Spain after the adoption of the euro — remain unredeemed.

The Banco de Espana, the country’s Central Bank which is now part of the euro-system since it adopted the euro currency on the 1st January 2002, has reported an estimated 268 billion pesetas remain unredeemed, with nearly half of this figure being unclaimed in coins alone. At the official rate of exchange set in 1997 of 166.386 pesetas to one euro, the figure adds up to a staggering 1.614 billion euro, which, if unclaimed, is essentially a windfall for the Banco de Espana and the Spanish state.

When the euro was adopted in 2002, the Banco de Espana did not stipulate a deadline for the redemption of legacy pesetas, but there is now a deadline which is the end of 2020. Currently, the Spanish Central Bank reports that an average of about one million euros’ worth of pesetas are routinely redeemed at their cash desks annually, but it is hoped that those sitting on significant amounts of the former Spanish currency will now take the opportunity to exchange their pesetas into legal tender euros. The Banco de Espana also reminds the public that commercial banks no longer carry out the service of currency exchange and that only the Central Bank can do this.

It is believed by analysts that a significant amount of pesetas in both coin and banknotes have most likely been taken out of the country by tourists who most likely will not have a chance to exchange their banknotes and numismatists who have included pesetas in their collections. After the Banco de Espana’s deadline expires, they will join countries such as Cyprus, Finland, France, Greece, and Italy, whose redemption deadlines approached 10 to 12 years after they adopted the euro. These Central Banks pocketed hundreds of millions worth of euros in legacy currencies which ultimately went unclaimed by the public.

For a list of the euro-zone countries and their deadlines to redeem legacy currencies (please note some dates differ in terms of banknotes and/or coins), please visit the website of the European Central Bank.