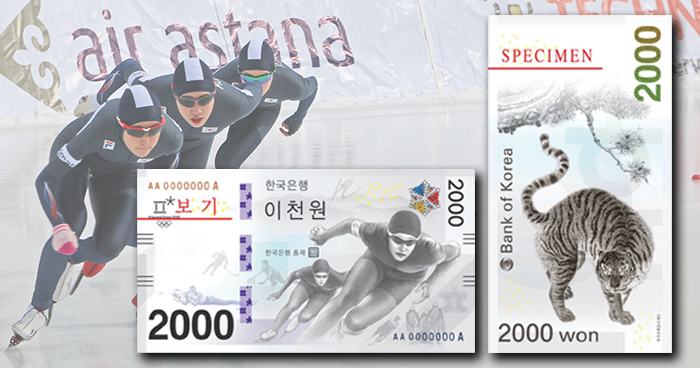 The Bank of Korea have officially announced (28th August) they will issue a new commemorative 2,000-won bank note in celebration of the 2018 Pyeongchang Winter Olympic Games.

The note, which is equal in exchange to $1.78, will be the first time the Bank of Korea has issued a commemorative bank note. However, previously, commemorative coins and stamps for special events were issued by the Bank of Korea and the Korean Post. It is also the first time this specific denomination has ever been utilised in Korea, as Korean currency is usually issued in values of 1 and 5 ratios, or their higher equivalents. 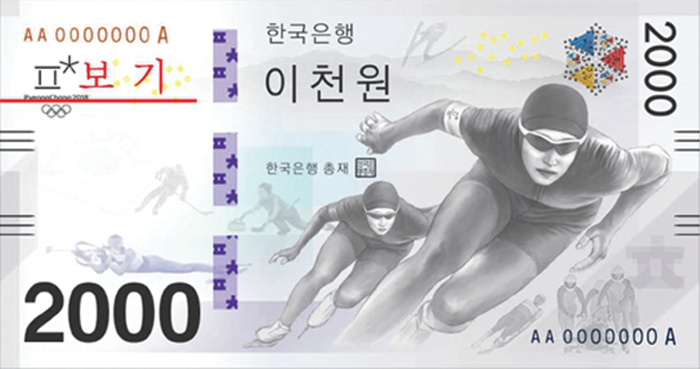 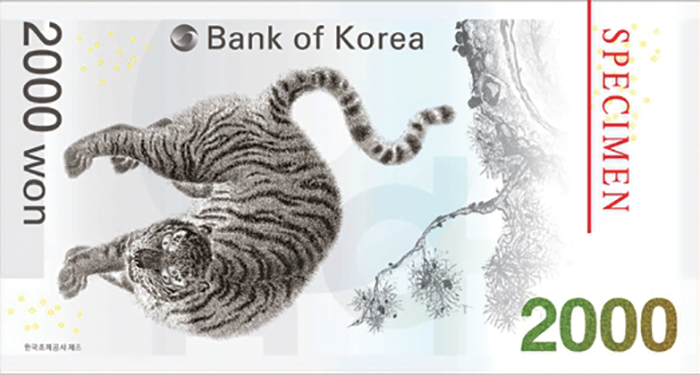 The back features the painting entitled Tiger under a Pine Tree, by Kim Hong-do. Kim Hong-do was a renowned artist from the era of the Joseon Dynasty (1392-1910), who were the last imperial rulers of Korea. The tiger is also in reference to the mascot of the games, a white tiger named “Soohorang.”


The commemorative bank note is expected to retail for more than their face value; however, the Bank of Korea have not released these details yet. The bank will print 2.3 million notes, which will include collector combinations of 920,000 single notes, 210,000 two-note sheets, and 40,000 24-note sheets. According to the bank, the commemorative bank notes are scheduled to be issued on the 17th November, and it may take some time for them to be widely circulated.

It has also been announced that the Pyeongchang Olympic Organizing Committee will buy the bank notes in bulk and re-sell them to domestic and overseas buyers.

The 2018 Winter Olympics, officially known as the XXIII Olympic Winter Games, is commonly known as PyeongChang 2018 and takes place from the 9th to the 25th February. There will be 90 nations participating in seven sports that cover 102 events in total. It is the second time the Republic of Korea have hosted an Olympic event, the first time being in 1988, when the Games of the XXIV Olympiad were hosted in the country’s capital of Seoul.