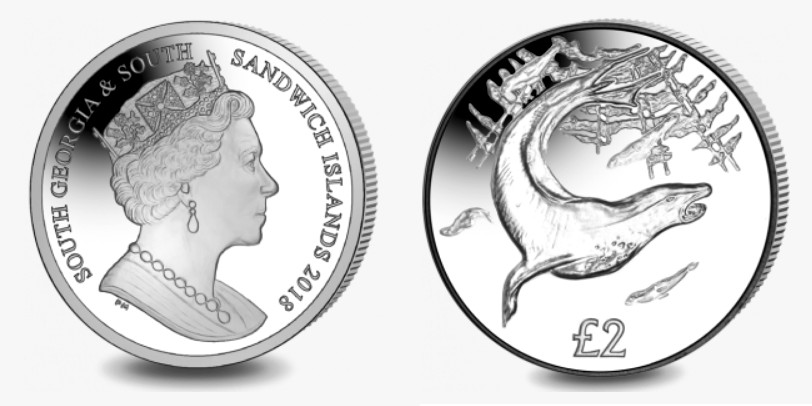 The government and treasury of South Georgia & South Sandwich Islands have issued (21st March) new coins which feature some of the region’s most recognisable and familiar species of wildlife, the leopard seal. Second only to the killer whale among Antarctica’s top predators, the leopard seal (also referred to as sea leopards) is the second largest species of seal in the Antarctic. Don’t let their name fool you or confuse them with the lesser species of the harp seal, which are found in more northern Atlantic waters. Leopard seals may not necessarily be the largest species of seal, that title is held by the elephant seal, but they certainly are the most aggressive and ferocious. With its distinctively long and muscular body shape and its massive head and jaws, it has canine teeth which are around 2.5-centimeters (or one inch) in length making this a highly dangerous predator to the smaller animals that inhabit this frozen area. Leopard seals use their powerful jaws and long teeth to kill smaller seals, fish, and squid — they will also readily hunt and eat penguins. These effective predators live in frigid Antarctic and sub-Antarctic waters and often wait underwater near an ice shelf and snare the birds just as they enter the water after jumping off the ice. In the water, a leopard seal is powerful and aerodynamic, making it a fast swimmer that can swim up to 24 miles per hour, which is fast enough to catch almost any penguin. The leopard seal itself is a dominant predator in its environment and is rarely preyed upon by other animals with the exception of human hunters, the occasional desperate shark, or killer whale. A prominent feature of the leopard seal is its counter shaded coats with its dorsal side having silver to dark grey blended coats that make up its distinctive “leopard” colouration. Whereas the underside is paler, ranging from white to light grey. The Leopard seal lives in the cold waters surrounding the Antarctic continent but they are difficult to survey by traditional visual techniques as they spend long periods of time vocalising under the water during the months when the surveys are carried out. 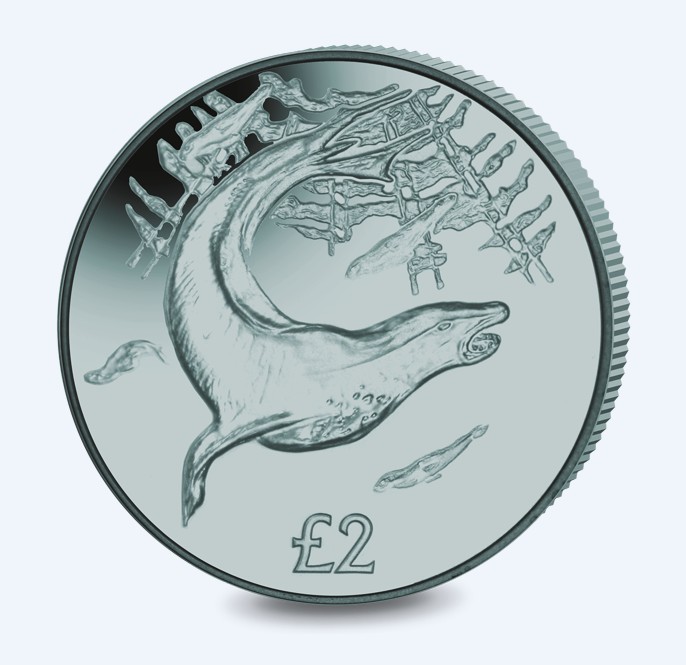 The coin is produced by the Pobjoy Mint at their facilities in Surrey, England, on behalf of the treasury of South Georgia & South Sandwich Islands. The reverse and obverse designs are shared on both the cupro-nickel and titanium examples. The reverse side depicts a leopard seal hunting for prey among a raft of penguins, a staple of their diet. The denomination of £2 is placed just under the primary design. 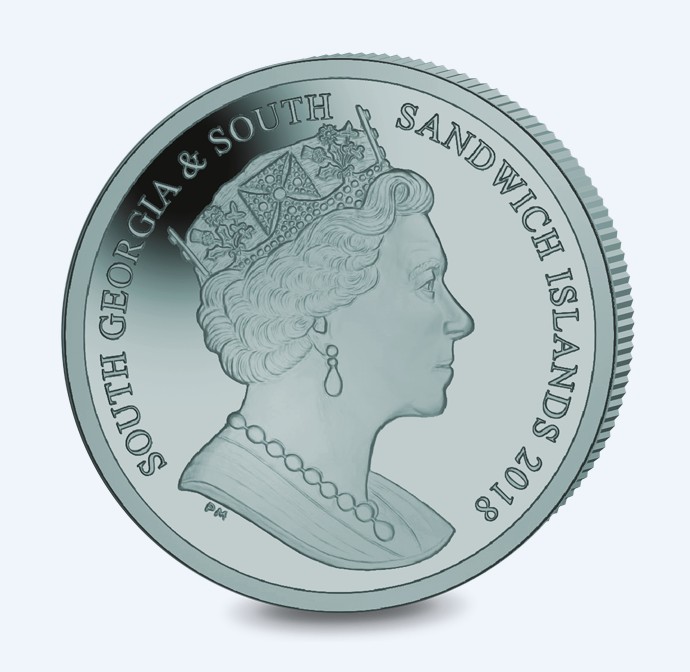 The obverse of the coin features a fine effigy of Her Majesty Queen Elizabeth II, which is an exclusive design of the Pobjoy Mint. The legend around the Queen’s effigy denotes the issuing authority along with the year of issue. 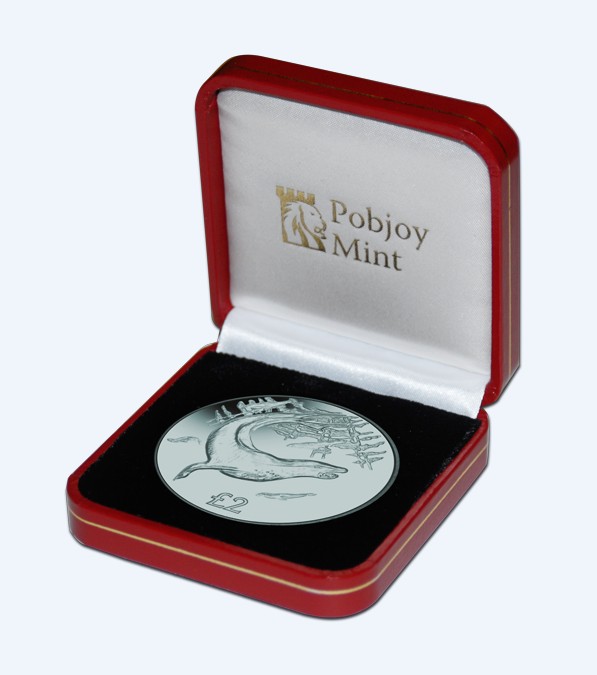 The titanium coins are shipped encapsulated in an acrylic capsule for protection and are housed in a custom branded red presentation case with a certificate of authenticity. As titanium reacts differently with every strike, each grey-tinted leopard seal coin is technically different from one another and varies slightly in colour. There is also a lined effect that is present on the coins, which is unique to this metal. The cupro-nickel examples are presented in a branded cloth protective pouch. For additional information on these coins and others issued from the Reserve Bank of Fiji, please visit the website of the Pobjoy Mint.