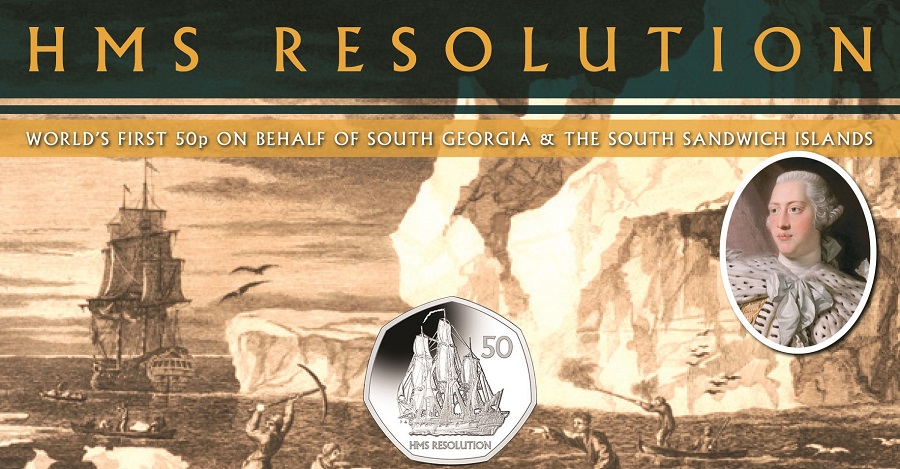 The treasury of South Georgia and the South Sandwich Islands have issued their first-ever circulation type coin. On the occasion of the 250th anniversary of the launch of the HMS Resolution under the command of Captain James Cook, 2020 also celebrates the bicentenary of the reign of George III, Britain’s longest-reigning king. It was during George III’s reign, in 1775, that the explorer Captain Cook, who was a British explorer, navigator, and cartographer in the Royal Navy made the first landing, survey, and mapping of South Georgia in the HMS Resolution. Captain Cook wrote of his new vessel, “the Ship of my Choice and the fittest for service of any I have seen.” As instructed by the admiralty, on 17th January 1776, he took possession of the island for Britain and renamed the land “Isle of Georgia” in honour of King George III. The date of the 17th January remains a day which is celebrated as possession day, a public holiday in South Georgia and the South Sandwich Islands. 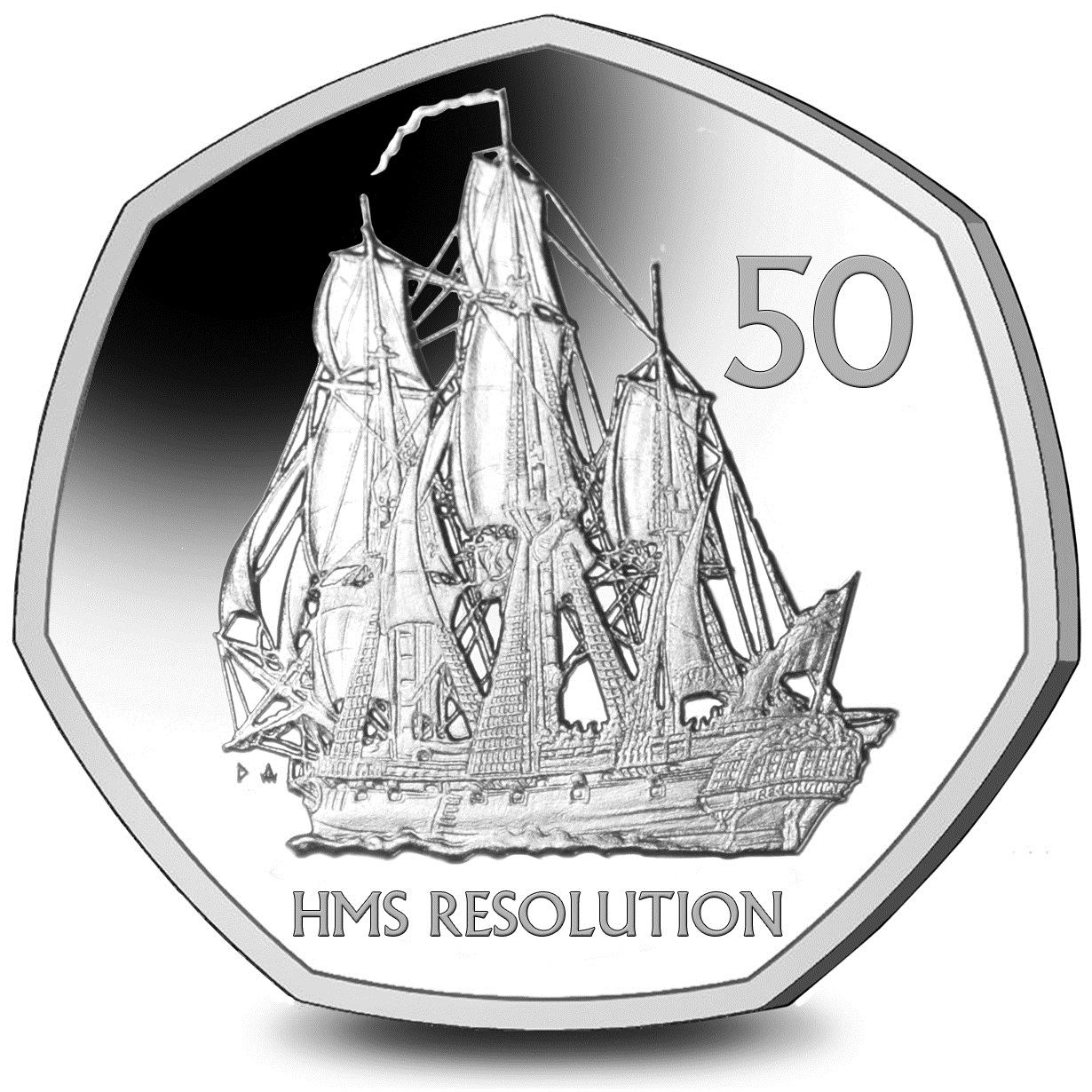 The new seven-sided 50-pence coins are the first circulation-type issue released by the treasury of the British territory and are produced by the Pobjoy Mint at their facilities in Surrey, England. The reverse side depicts an image of the tall ship HMS Resolution, along with the text of the same name shown below. The denomination numeral of 50 is placed just to the right of the primary design. 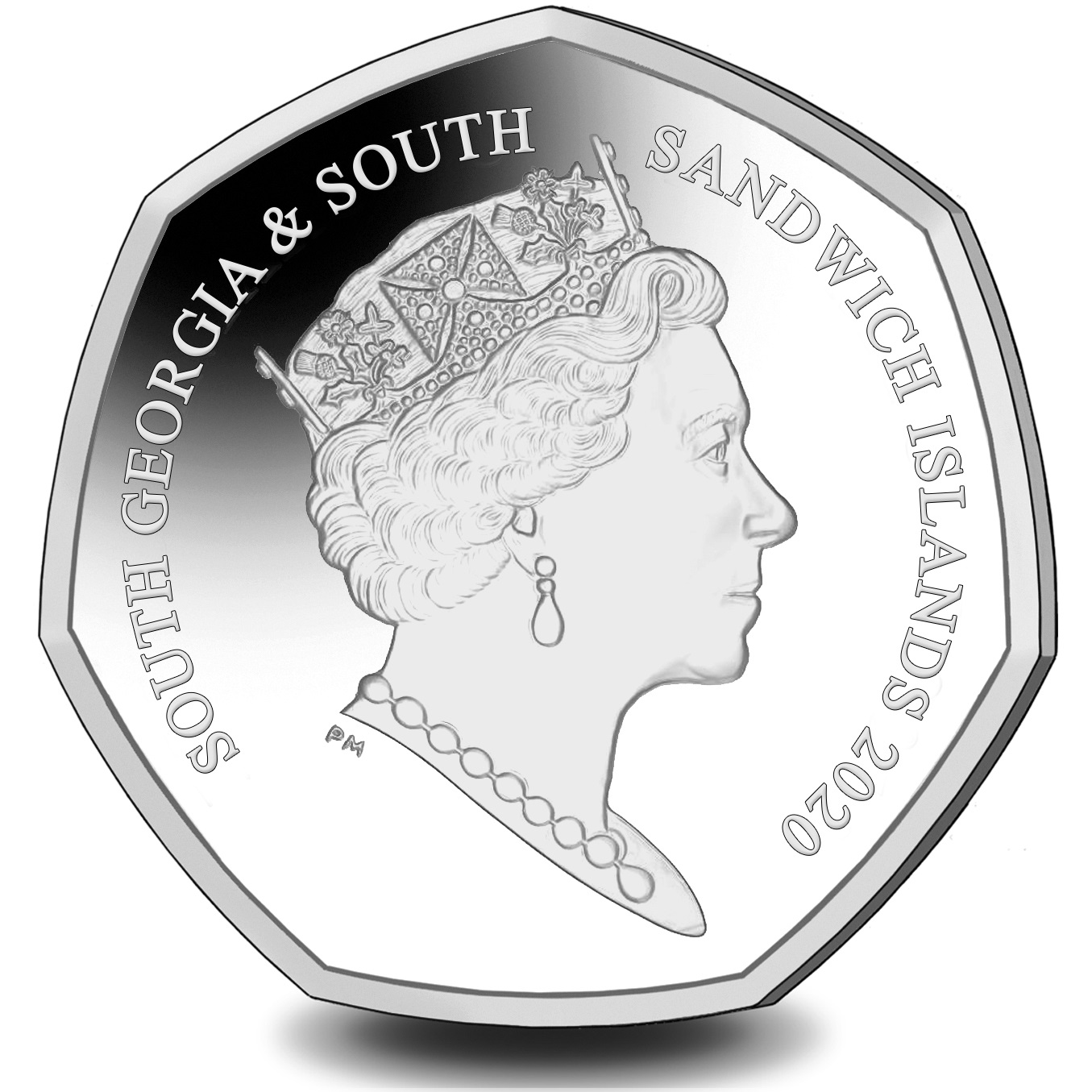 The obverse side includes an effigy of HM Queen Elizabeth II, which is an exclusive design of the Pobjoy Mint. The coin’s issuing authority, SOUTH GEORGIA & SOUTH SANDWICH ISLANDS 2020, is placed around the Queen’s likeness. 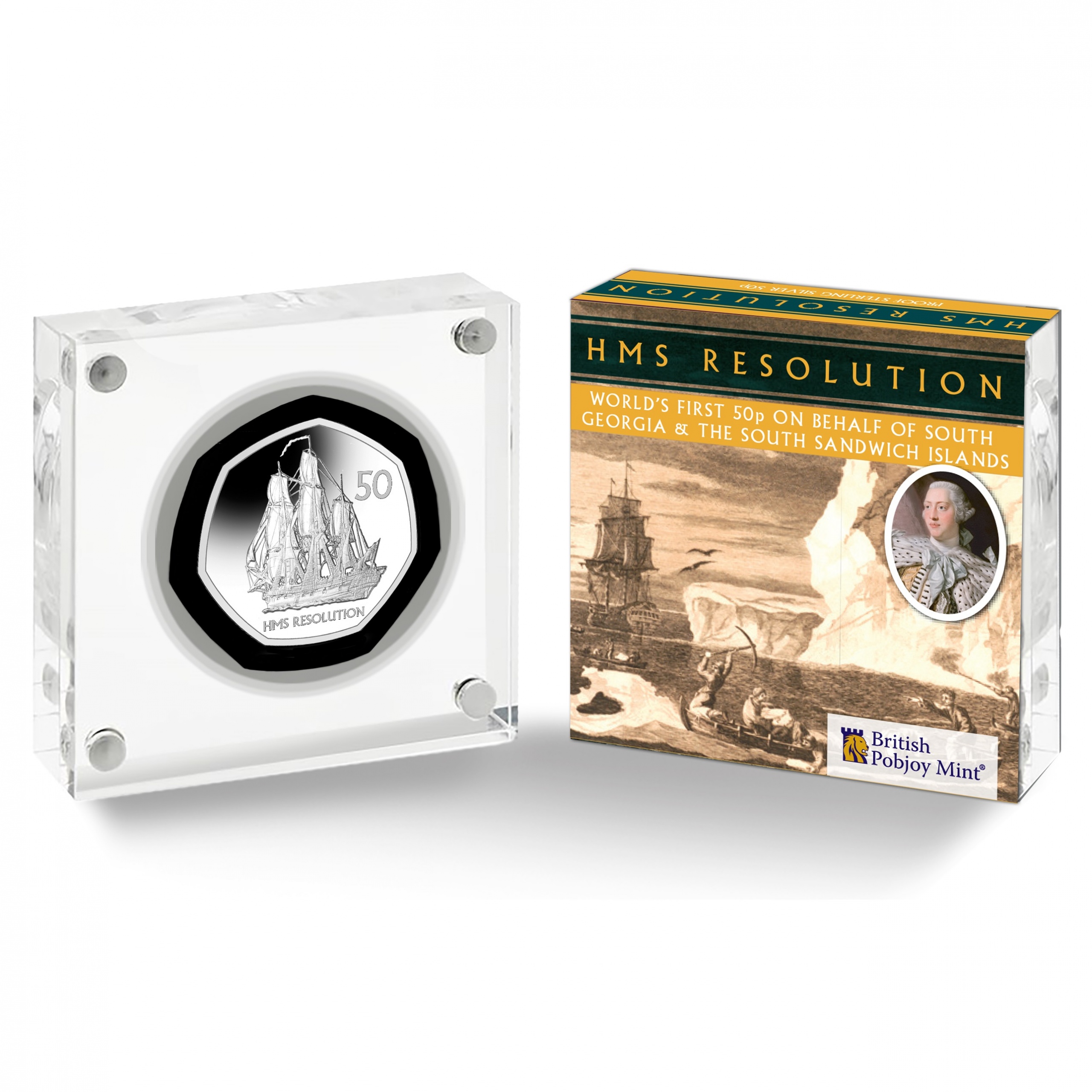 The sterling silver Proof strikes are presented in a clear Perspex case allowing the easy viewing of the coin from both sides and is accompanied by a certificate of authenticity. The Brilliant Uncirculated strikes are presented in a colourful folder that includes additional images of the HMS Resolution and informative text. For additional information about this coin, please visit the website of the Pobjoy Mint.