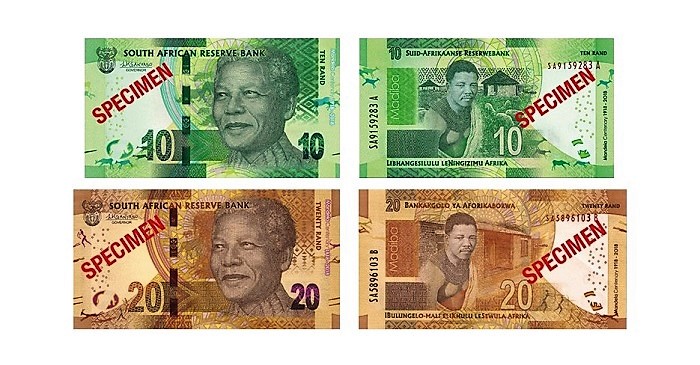 The South African Reserve Bank (SARB) announced (14th June) they will be launching their first commemorative banknote series, in celebration of the birth centenary of the country’s first post-apartheid president, Nelson Mandela. These notes will include all currently circulating denominations R10, R20, R50, R100, and R200. As part of the celebrations, the South African Mint, a subsidiary of the SARB, will also be issuing a new commemorative circulation R5 coin. The commemorative banknotes and coins, including collector gold, silver, and bronze pieces are part of the nationwide year-long celebration and observance of Mandela, regarded by many as the father of the nation.

The South African Reserve Bank is planning for these commemorative notes to be issued into circulation by the 18th July 2018, the actual anniversary day of Mandela’s birth centenary. It is expected that these commemorative banknotes and R5 coins will co-circulate for a limited time, together with the current Mandela banknote series originally introduced in 2013 and the existing bi-metallic R5 coin that was introduced in 2004, with all notes and coins remaining legal tender. 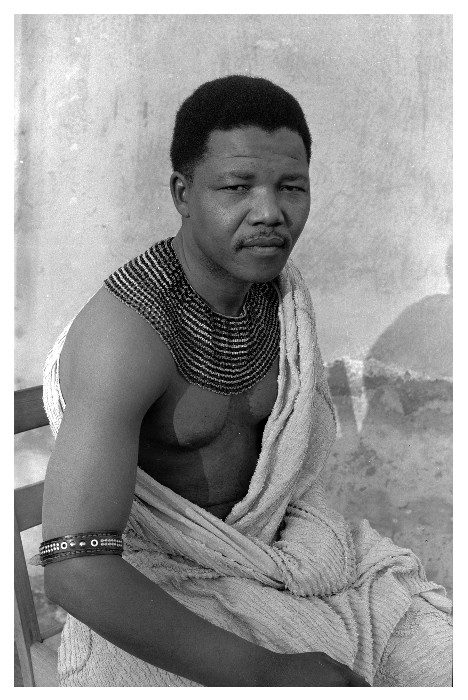 As with the currently circulating “Madiba” banknotes introduced in 2013, the face side of all the new commemorative notes retains the same portrait of the late president. Each reverse of the five notes includes a specific scene or relevant place which is associated with the life of Nelson Mandela. The reverse designs of the “big five animals” have been substituted to depict various scenes of remembrance to Mandela. The focal point of each design includes a very relevant photograph, attributed to journalist Eli Weinberg of the Madiba as he was photographed in 1962. This was during the trial heard at the South African Supreme Court and for his sentencing on charges of treason. Mandela defiantly wore a traditional Xhosa beaded costume as an expression of contempt and resistance against the illegitimate proceedings against him. The word MADIBA is placed in a vertical direction and to the left of the 1962 portrait. The new banknotes in the commemorative series retain the same size, colours, and security features as the current banknotes. All South African banknotes are 70 millimetres in height but differ in length by 6 millimetres as follows: 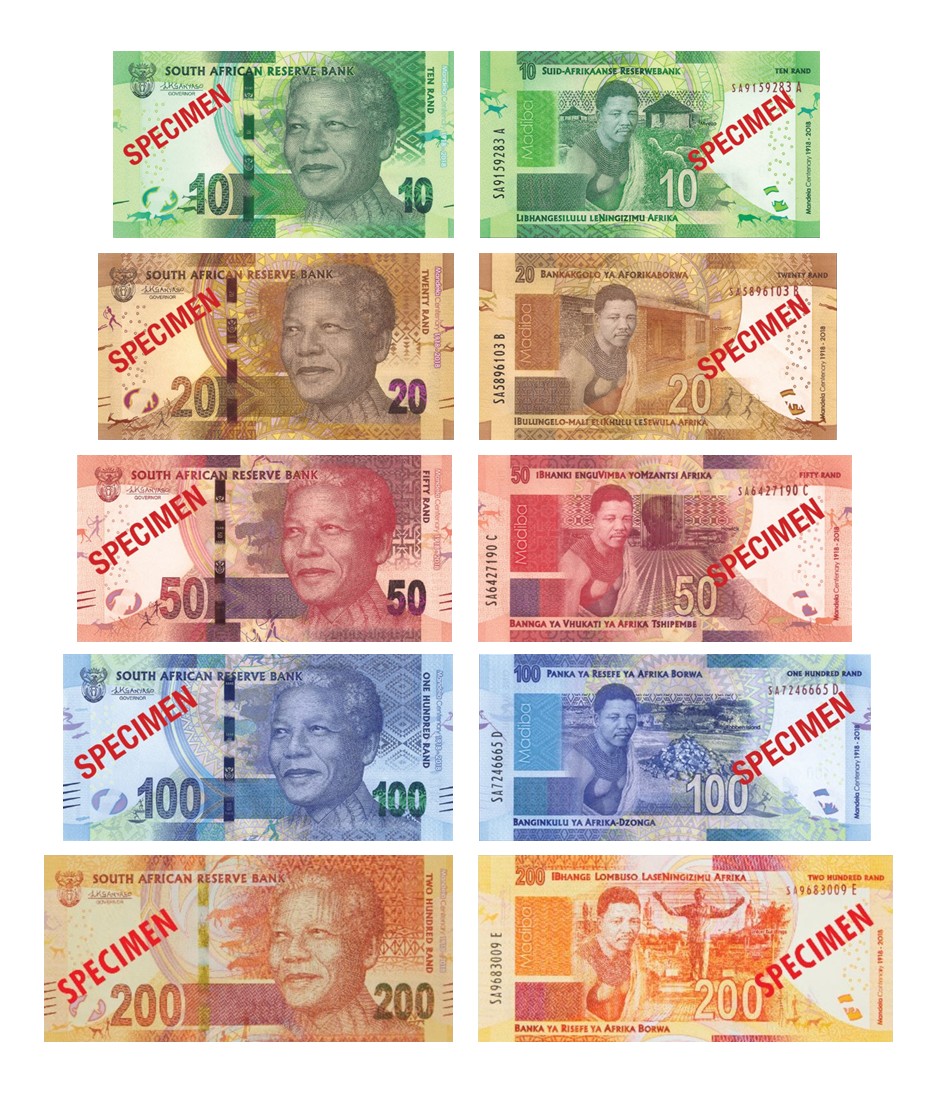 As South Africa has 11 official languages, the banknotes include all of them and reflect the diverse linguistic and cultural traditions. The inclusion of the 11 languages is seen on the back side of all notes denoting SOUTH AFRICAN RESERVE BANK with English being the only language used on the front of all notes.

Additional information about the commemorative banknote’s features and specific descriptions of the back designs of the notes, including additional security elements, will be made available at the time of the official launch. As part of the preparations for the launch, test packs of the commemorative banknotes were made available to members of the broader cash industry to allow them to make adequate preparations in relation to issues such as adaptions of cash processing and cash dispensing machines, ticketing machines, and so forth. While these test packs were governed by strict confidentiality provisions, it has come to the attention of the SARB that certain breaches have occurred, and as a result, some of the designs have been circulating on social media. In order to avoid confusion and unnecessary speculation, the SARB has decided to publicise all the designs ahead of the official launch scheduled for the 13th July 2018.

For more information on the banknote series, please visit the website of the South African Reserve Bank.