Most collectors, both beginning and advanced, will be familiar with the world coin catalogs published by Krause Publications. Covering coins from 1600 to present in five massive volumes, the catalogs are invaluable to collectors of world coins. But how does one collect world coins? Even though a single country can be collected, as many people do, other people like to collect using other methods. In this article I will focus on a number of ways world coins can be collected. With hundreds of thousands of different issues created over the last few centuries and even more prior to that, collecting them all is impossible. But what then are some possibilities?

Collecting one coin from each country 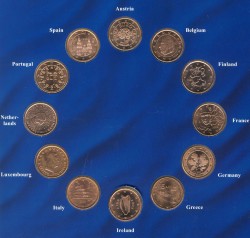 This is a very popular way to collect world coins, which is almost for every budget, although when all added up it might get expensive after all. A set like this will feature a single coin from every country that ever issued one. Since many countries issued coins and later ceased to exist, one could limit it to a specific century, or merely include countries that were recognized as such, leaving cities (which often struck their own coins in medieval times) and independent regions out. It is also possible to focus only on coins that actually circulated in the country, or only collect coins with precious metals in them (gold, silver, platinum etc).

An average collection like this, for example from the 20th century, will include approximately 250-300 coins. While this might seem like a huge number it includes countries which issued millions and millions of coins each year, many of which will cost less than a dollar each. Yet, some will prove difficult to find, for example when the country existed for a brief time or only issued a few coins. They might not be expensive, but can be hard to find, simply because they are not many available. An example is French Afars & Issas, which only released a few coins in the late 1960s and 1970s. Yet, most of their coins will cost you less than $10 if you can find them.

Collecting coins from a specific year

This one is interesting but can get very expensive depending on the yera. Hence, I do not know of many people that collect this way, although I am one of them. This set can be simply defined, but generally is very, very difficult to complete. It could include coins minted in your birth year or any other year that is significant to you in one way or the other.

Personally, I like to collect coins from the year I was born. Unfortunately the Krause catalog reveals that in that year many countries issued gold and platinum bullion coins, which are costly on their own, and several coins that include multiple ounces of gold. Other coins (commemoratives in particular) have extremely low mintages and are incredibly hard to find. Yet, it is fun, and I enjoy picking up coins from dealers “junk boxes” at coin shows. Collecting this way can also be combined with the “one of each country” set, for example by collecting one coin from each country dated the year you collect. 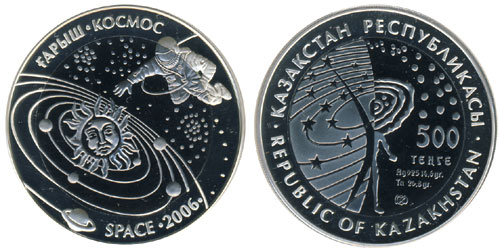 This method includes collecting materials in any particular metal, and that metal only. For example, one might only collect silver coins, or only collect aluminum coins. Such a set will generally span several centuries, and since many materials are still used for coinage a set like this is generally growing every week. Likewise, one could also collect one coin in as many different materials one could find. Many different metals have been used for striking coins, ranging from wood to gold to palladium and everything in between. Illustrating this with a specialized collection can be a fun learning experience and would result in a varied collection with many different looking coins. 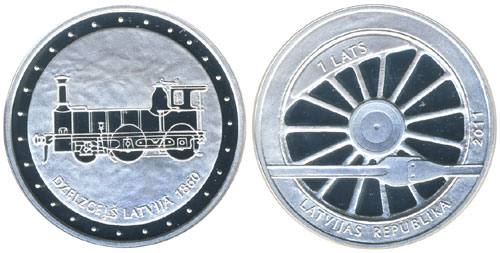 This set would often focus on commemorative coins. One could collect only coins with animals, buildings, landscapes, or whatever strikes your interest. This method is especially popular with stamp collectors but can certainly used for coins as well. Once again it would result in a varied collection with coins from around the world, including many different designs, from different periods of time. It also is great when you do not necessarily want to complete any sets, but just build a fun collection of different coins that features subjects of your interest. Since going through all the catalogs, looking at every picture and noting every coin with a particular subject is virtually impossible, it makes the hunt for examples at coin shows and on the internet all the more interesting.

Obviously these are just a few ideas. Collecting world coins can be fun and rewarding and unlike collecting a specific series or a type set you can fill it in completely to your liking. Most people will have at least a few world coins in their collection, why not make it a bit more organized by adding a theme? Many world dealers will offer circulated world coins by the pound. Such lots often include a wide variety of coins from many different countries, spanning all continents and many decades of coinage. Not only are they a great way to start a world coin collection relatively inexpensively, it also is a great way to learn about world coins, countries and their history. Children will enjoy looking at all the different designs, seeing the different alphabets, and learning about other countries and cultures. Collecting world coins is fun, can be as inexpensive as you’d like, and is a great way to get children and adults involved in collecting.

Whether you collect with a theme, by year, metal, or any other method, your collection will be varied, fun and rewarding. Since I started collecting coins from my birth year I have discovered many facts about countries that I would have never discovered otherwise. In addition I have found out that many coins with reported mintages in the hundreds of thousands or even more that are surprisingly difficult to find. These facts are what make coin collecting fun, and I hope that this article has given you some new ideas for collecting world coins. Feel free to leave a comment in the comment section if you have any other collecting ideas!