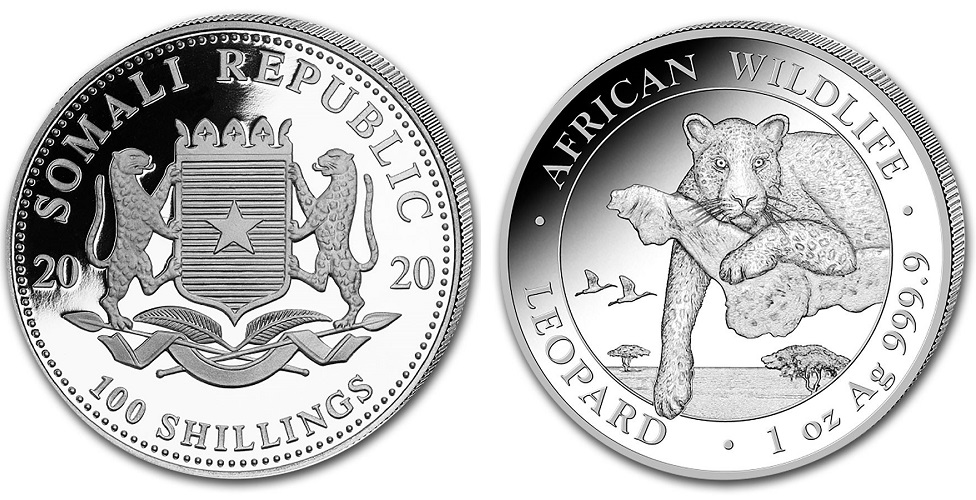 The Central Bank of Somalia has authorised the release of new gold and silver bullion quality coins which are part of their new African Wildlife series introduced in 2018. The new “leopard” coins, with a nominal face value of 1,000 shillings (U.S. $1.75) or 100 shillings, depict one of the African continent’s most elusive and beautiful of all the big cats. The African Wildlife series, depicting an elephant, has been popular for 15 years and this is the third year for the additional leopard coins, which were added to this popular African Wildlife series. Each year, a new version of the featured animal in the series is depicted on the coins, the 2020 releases include a third design of the leopard.

Leopards usually dwell in trees, where their beautiful and distinctively spotted coats allow them to blend in with the leaves as camouflage. Pound for pound, the leopard is the strongest climber of the large cats but is also very adept at swimming and is very comfortable in the water. The majority of leopards are light coloured with distinctive dark spots that are called rosettes because they resemble the shape of a rose. The female leopard is called a “leopardess.” She will have a number of dens set up throughout her territory. The leopard offspring are called “cubs” and are born in dens of usually two to three cubs. 10 days after they’re born, the cub’s eyes begin open. Like many cat species, the leopard cubs’ eyes are usually a denim-coloured blue, which will change to bright yellow or gold slowly over two to three months. 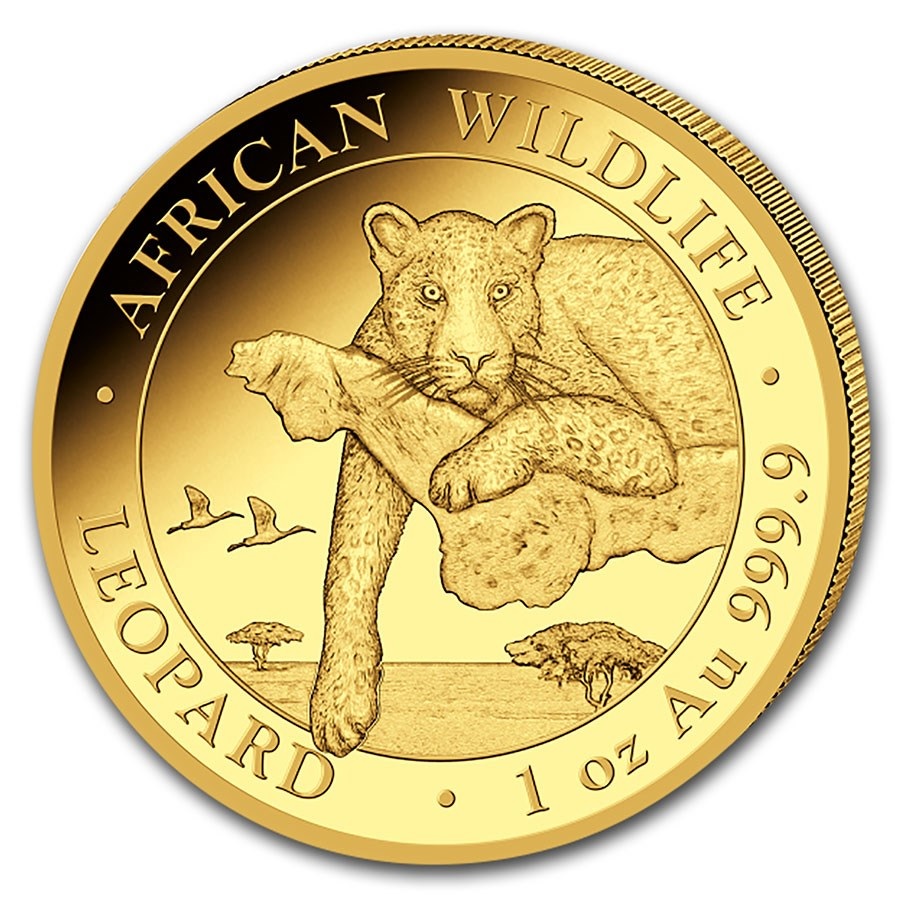 The coins are produced by the Bayerische Hauptmünzamt, Bavarian Central Mint, at their facilities in Munich, Germany, on behalf of the Central Bank of Somalia. The obverse side features the third depiction in this series of an adult leopard lying in a tree branch. One of the front paws is dangling below the branch while the other paw sits atop. The leopard’s inquisitive head is resting on the part of a branch and is at an angle from the tree. In the background, you see the indigenous trees and birds of Africa. 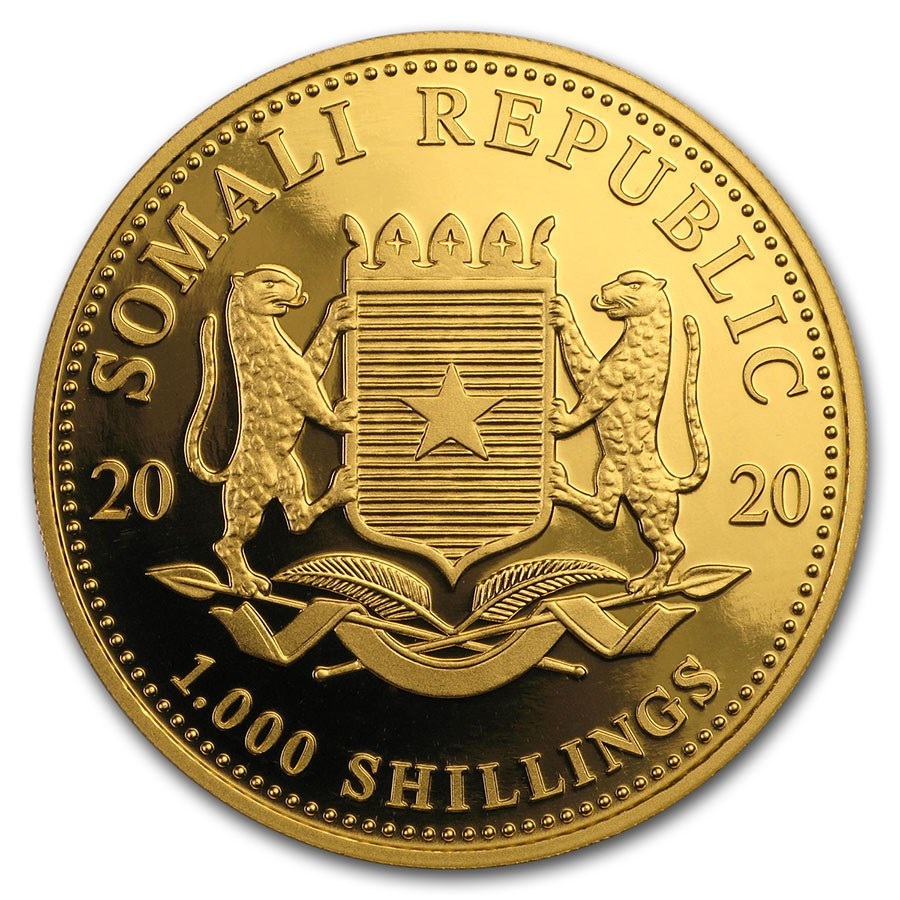 The reverse side depicts the Somalian coat of arms and the year 2020, along with the face value of 1000 SHILLINGS (gold) or 100 SHILLINGS (silver).

Each coin is packaged in a clear vinyl heat-sealed pak and is available from one piece to multiples of up to 500 of the silver ounce versions. For additional information about these coins and other bullion-related coins, please visit the website of AMPEX.