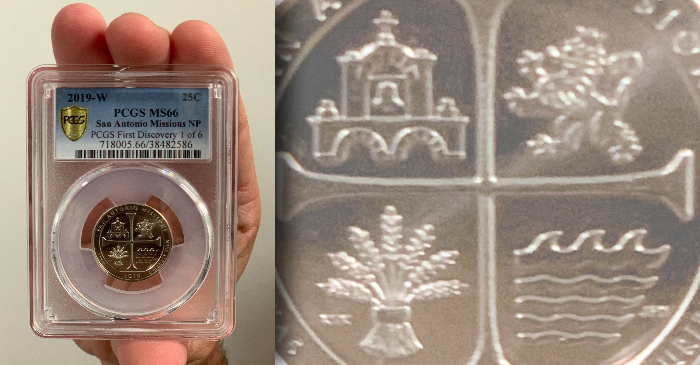 Two of the fortunate finders just started collecting this year

August 31, 2019 — Five fortunate collectors in Utah and a lucky collector in Texas were the first to submit to Professional Coin Grading Service (PCGS) examples of the new 2019 America the Beautiful San Antonio Missions National Historical Park quarter-dollars with the coveted West Point mint mark. As part of the continuing PCGS Quarter Quest program, the six will split the $2,000 bounty and each receive $333.

Collector Michael V. of Texas earlier submitted two coins that were discovered six days prior to their officially scheduled August 26, 2019, release. Those two have been given a PCGS pedigree of Accidental Early Release. Michael subsequently submitted several more 2019-W San Antonio coins and is among the six submitters whose coins received the PCGS First Discovery pedigree. 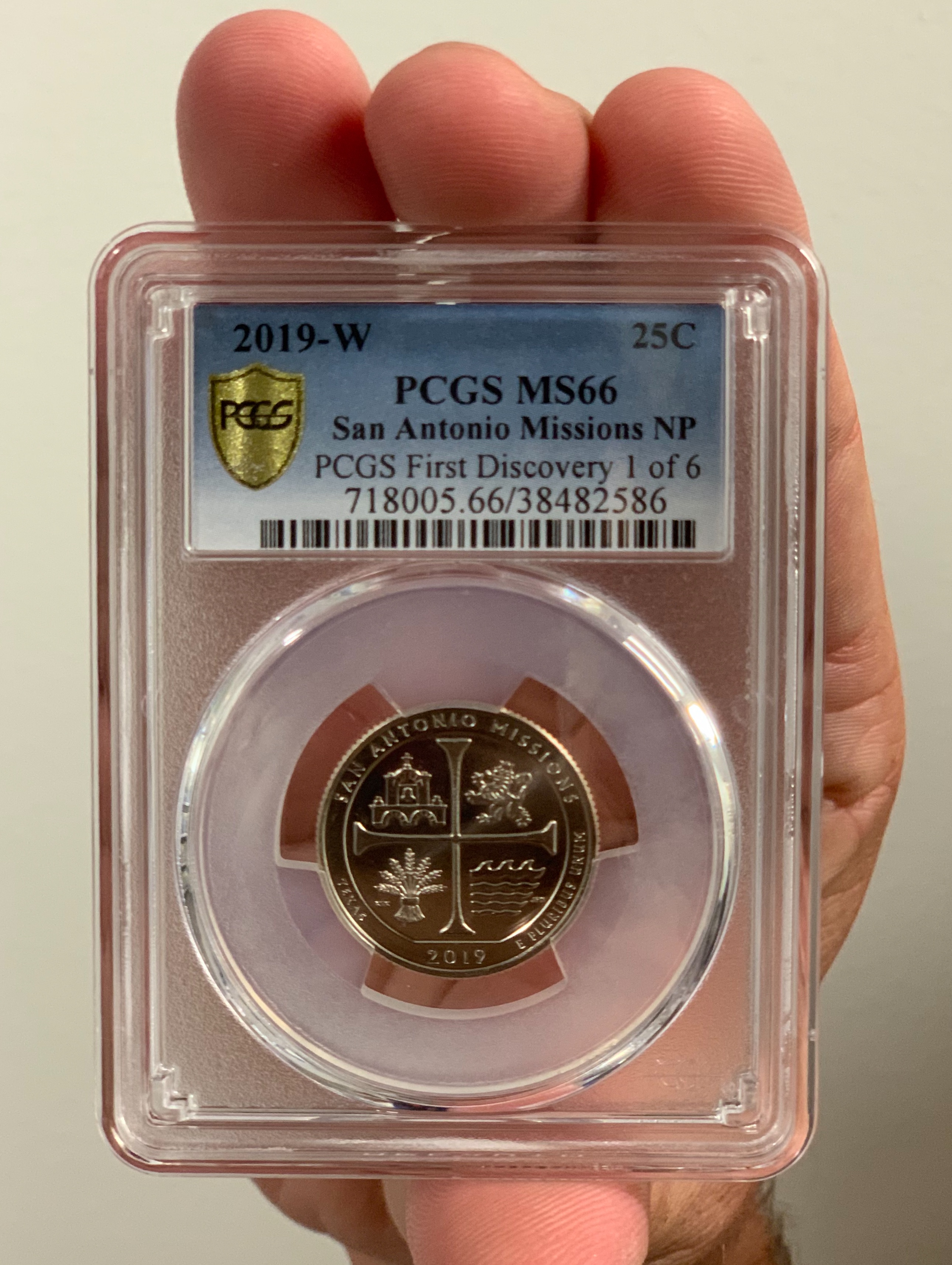 The other winning submitters are:

Daniel C. of Utah, who only began collecting in April after learning about coin roll hunting on YouTube. He searches for unusual or unique items and silver coins. He shares his new passion for collecting with his six children through the collection of state quarters.

During his time collecting, Daniel has built relationships with his local credit union. On the official release date, he received a call from one of his local banks alerting him that they had just received a shipment of the new quarters. He was able to purchase six rolls and discovered two 2019-W San Antonio coins, which he promptly shipped to PCGS.

A second Utah collector, Mont T., is a new member of the Utah Numismatic Society, who started collecting this year after a rainy spring kept him from metal detecting. After reading about the PCGS Quarter Quest he marked the scheduled release dates on his calendar. On August 26, he hit the road to bank branches all over Salt Lake City but was unable to find any that had fresh boxes or rolls of quarters. It wasn’t until he walked into a remote bank branch in the Salt Lake City valley area that he was able to acquire six rolls of the new 2019 San Antonio Missions quarters.

Mont told PCGS: “I had everything I needed with me ready to go in the car to make my submission in case I found a coin. My hands were shaking as I opened the rolls! Earlier in the day I saw a penny on the ground, and you know what they say, so I picked it up! Next thing I knew I had three W’s, I am definitely saving that penny,” he stated.

Another winning coin was submitted by Gary Laramie of Legacy Rare Coin Shop in Utah. He received it from a woman who entered the shop looking to sell the 2019-W she had found, knowing they were a current hot item. “I am giving her all of my share of the reward proceeds from submitting the coin,” Laramie said.

Utah-based filmmaker Kurtis B. found his 2019-W San Antonio coin from a bank in Layton, Utah. “My business partner, my 12-year-old son, will be so excited to hear this!” Kurtis exclaimed after learning their submission was one of the six winners. After finding the West Point quarter, Kurtis explained, “My son looked up the (PCGS Quarter Quest) guidelines while we drove to the post office and began filling out the submission form, then looked at me and said, ‘Dad, I love doing this with you.’“

Kurtis began collecting a half dozen years ago when on a whim he visited a West Virginia coin show while in the area on location for filming. He stayed at the show for five hours speaking with a coin dealer whose passion inspired him to join the hobby. He now enjoys collecting Morgan dollars and Barber dimes.

The sixth winner, also from Utah, was not available to comment about his discovery.

“The qualifying coins submitted after those seven days and within 45 days of the PCGS First Discovery will automatically receive an Early Find pedigree,” he added. “There is only one American the Beautiful ‘W’ quarter bounty left for this year, and we cannot wait to see what surprises and stories await us for the next release.”