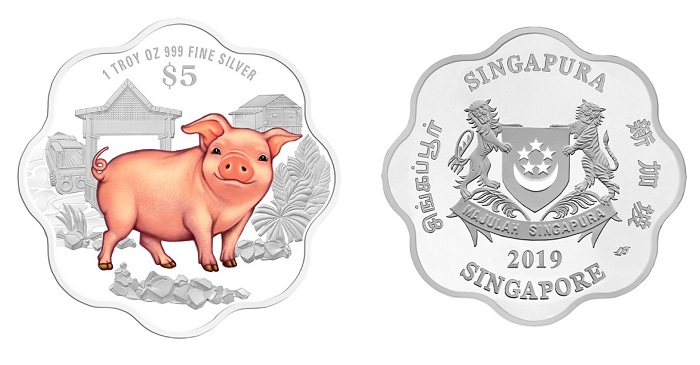 The Monetary Authority of Singapore has issued collector coins which are in celebration of the upcoming Lunar New Year and the Chinese zodiac which welcomes the Year of the Pig. Celebrated by the majority of Singaporeans, the Lunar Year arrives on the 5th February, and as part of the celebrations, the year represents a zodiac in the Chinese tradition — which sees the Pig taking centre stage. The zodiac is represented by 12 real and mythical animals and repeats itself in a cycle that will conclude in 2019. The coins issued by the Monetary Authority of Singapore is the fourth set of collector coins in their own 12-year series that depicts a zodiac animal in a park or natural landscape setting in Singapore and will be completed in 2028. 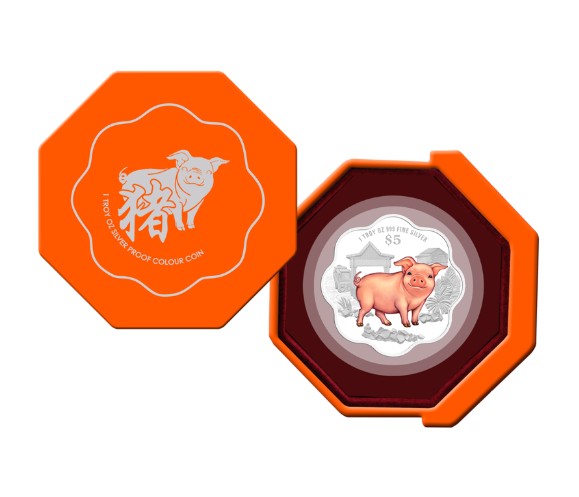 The 2019-dated coins are produced by the Mint of Singapore which is celebrating the 50th anniversary of its founding this year. Depicted on the reverse side is a smiling pig, with elements of the island of Pulau Ubin in the background. The designs are depicted on all variations and options of the set of coins which also includes three gold denominations and a one-gram ingot with a face value of $5. 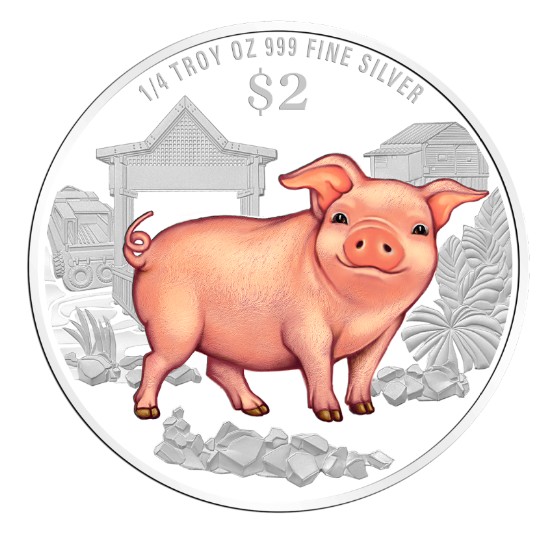 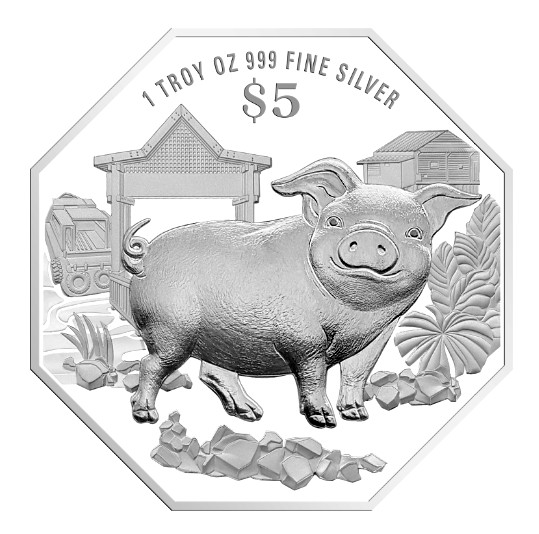 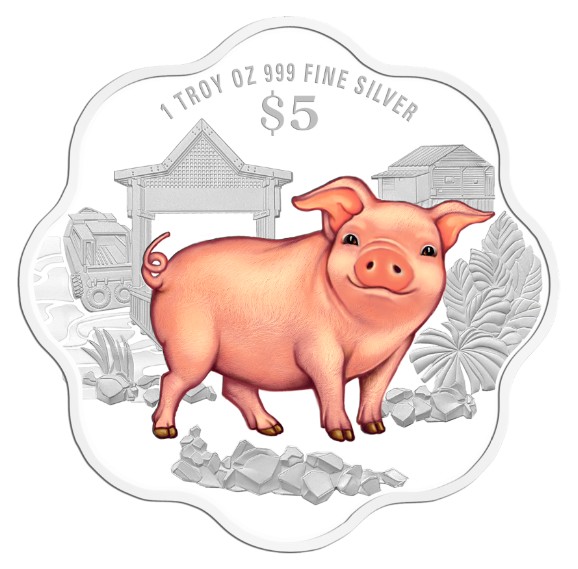 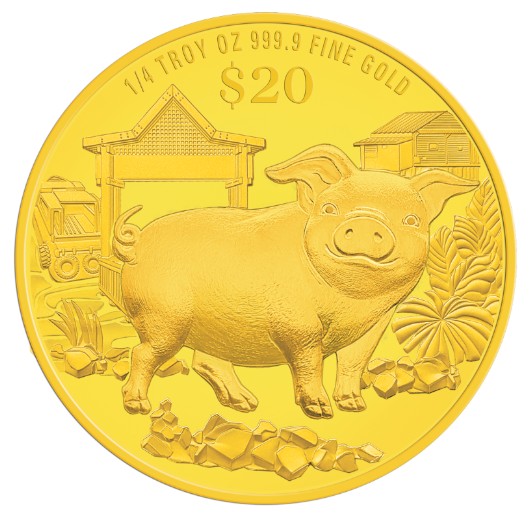 The $5 silver denominations are struck in both scalloped edge or floral-shaped coins and eight-sided octagons. Eight is considered a lucky number. The $5 and $2 coins include a colour depiction of a smiling pig on the obverse. 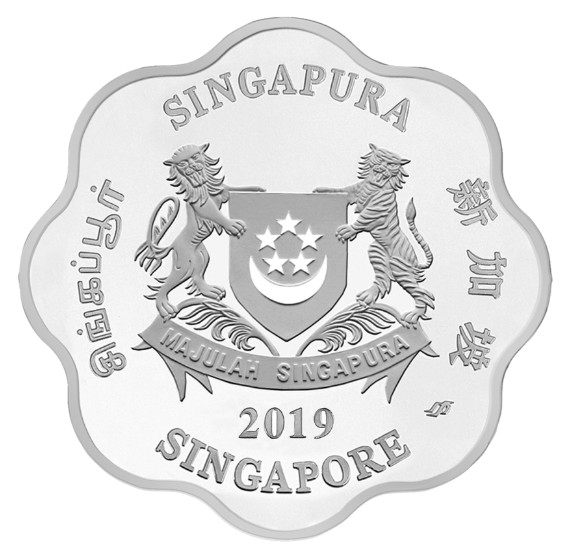 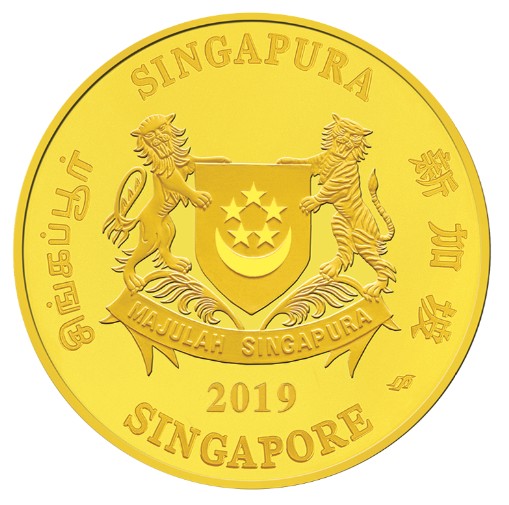 The reverse side includes Singapore’s official crest centred with the name of the country shown in English, Malay, Chinese, and Tamil. The year of issue, 2019, is placed below the crest. 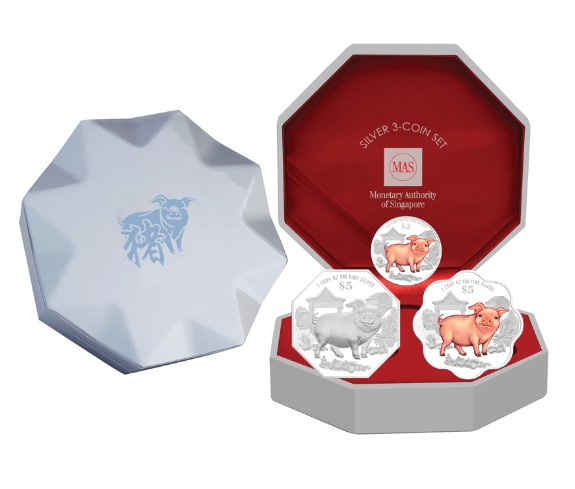 The coins are available in a variety of single coins or sets consisting of silver or gold pieces. Each coin and/or set is accompanied by a certificate of authenticity. For those residing in or visiting Singapore, the Mint operates five retail stores around the city. For additional information on these and other coins offered by the mint of Singapore, please visit their website.