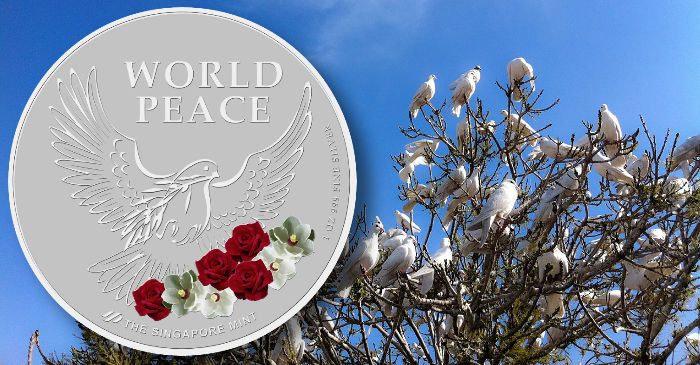 The Singapore Mint has announced (6th June) that they have produced three versions of a commemorative medal in recognition and anticipation of the announced Summit between the United States and the People’s Democratic Republic of Korea, more commonly known as North Korea. The summit is especially historic in terms of world events as it will be the first meeting between a sitting United States president and a North Korean leader.

All eyes are now on Singapore, for the much awaited historic summit between President of the United States Donald J. Trump and Democratic People’s Republic of Korea State Affairs Commission Chairman Kim Jong Un, on the 12th June 2018. The upcoming historic summit will leave an important footprint in the history of Singapore, recognised by the world as a neutral platform where the significant step to world peace takes place. As preparations continue, the world will be eagerly watching and listening to the progress the two sides may make in ending the Korean conflict, which, having undergone a cessation of hostilities since the 27th July 1953, there has never been a formal end to this now decades-old conflict. The border between North and South Korea is one of the most defended and fortified borders in the world, and is considered by many to be the most deadly to cross. It is hoped that with this summit and the meetings of all concerned, the war will finally come to a formal conclusion and that an agreement on denuclearisation of the peninsula — brought on by the production of intercontinental ballistic missiles with nuclear capability by the North — will also be agreed to.

The Singapore Mint, which has been documenting history through minted coins and medallions, has unveiled three versions of the commemorative medals, produced in gold, silver, and base-metal. The medallions not only commemorate this momentous step to world peace, but mark Singapore’s role as a neutral host, and an economic and security gateway between the East and the West. 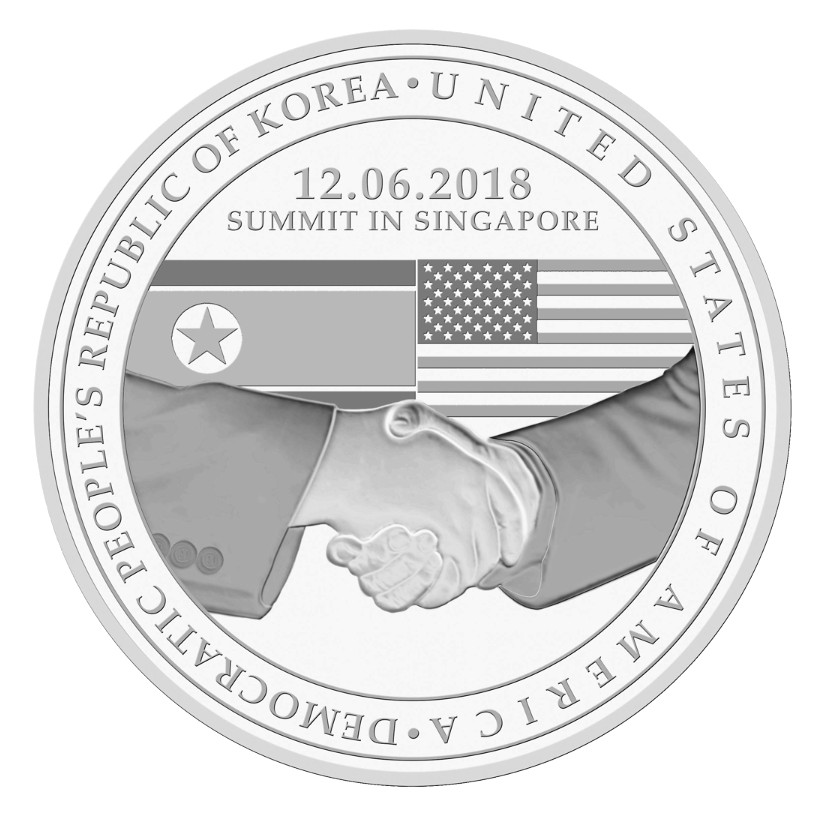 Base metal coin. Hover to zoom. 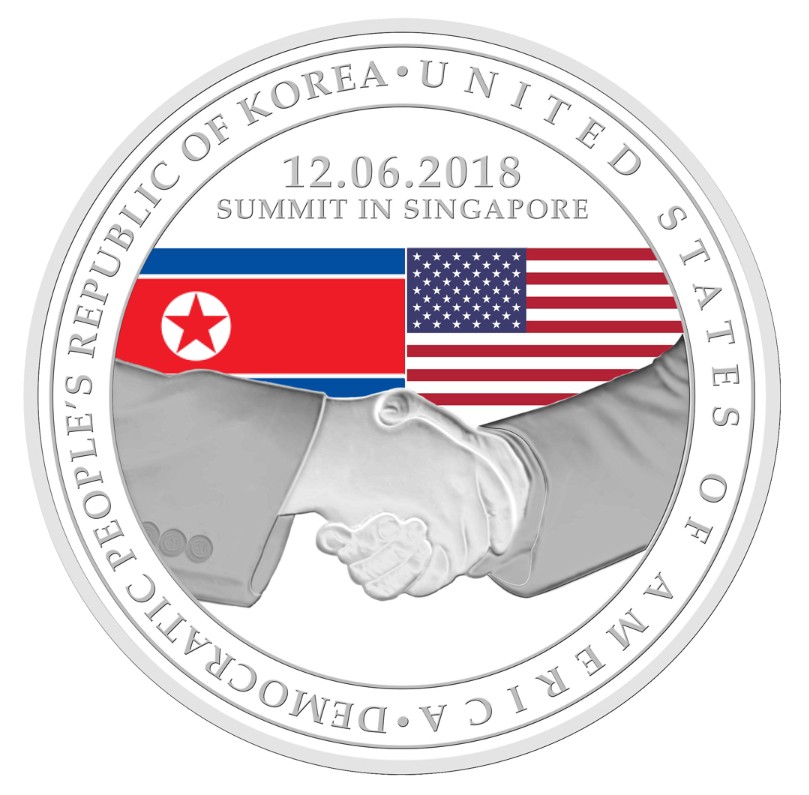 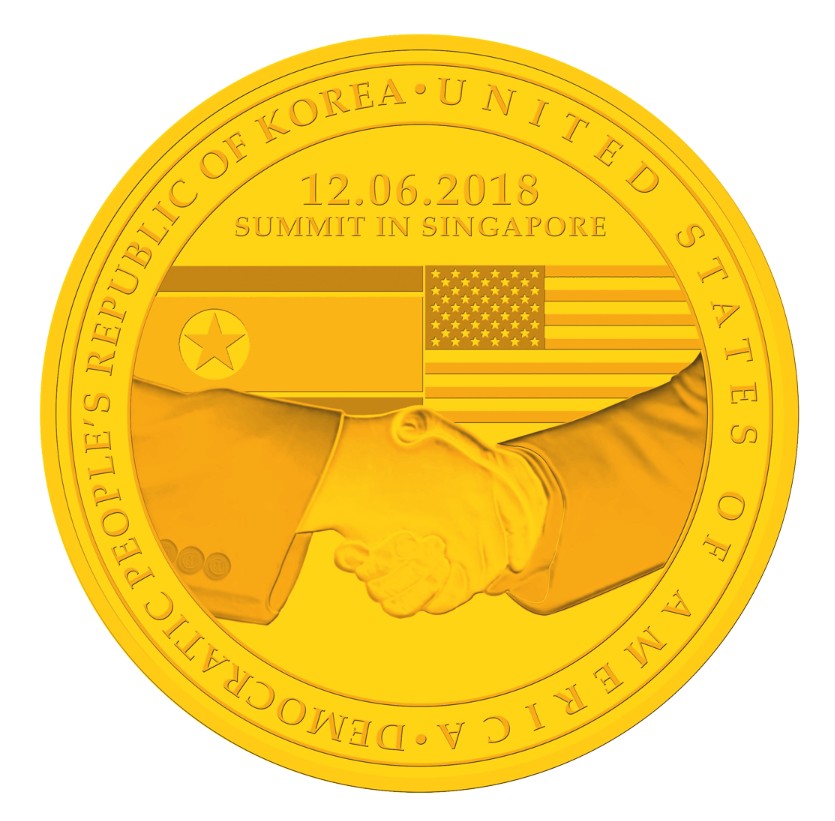 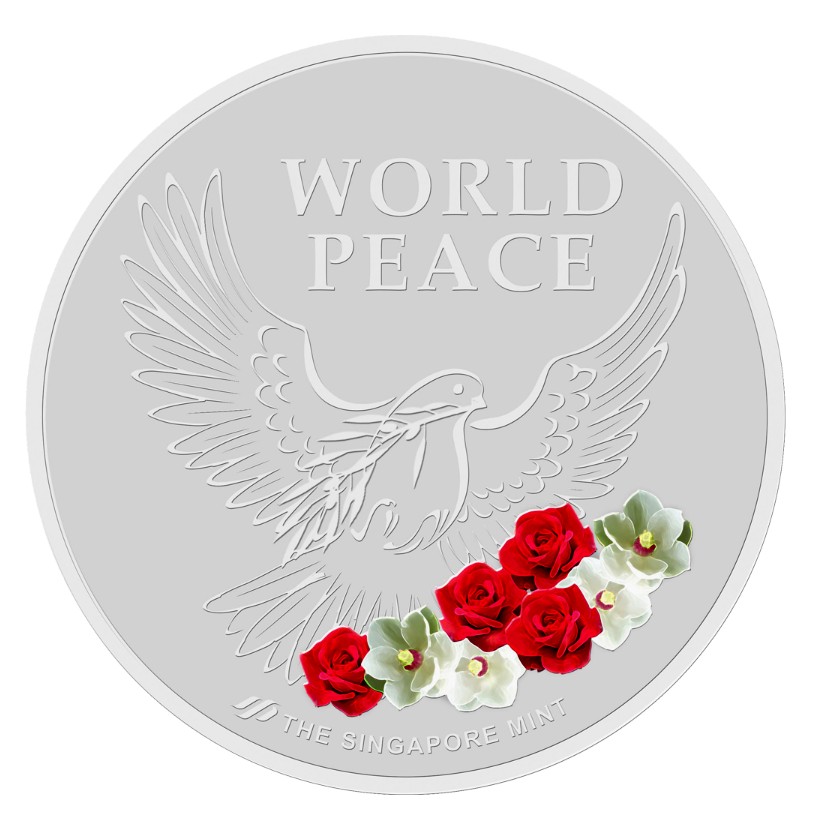 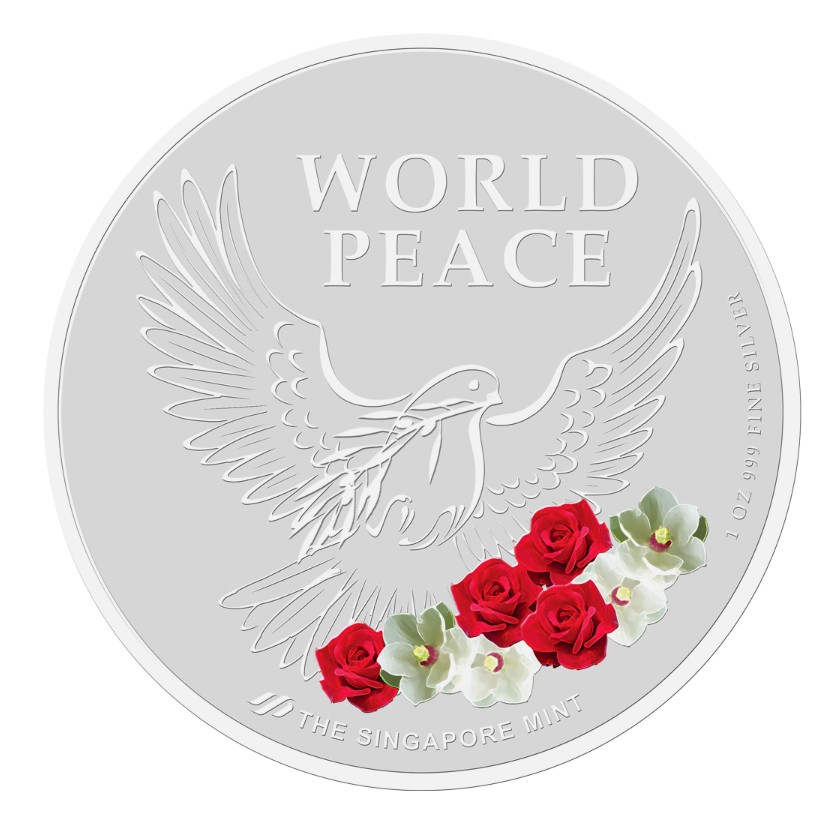 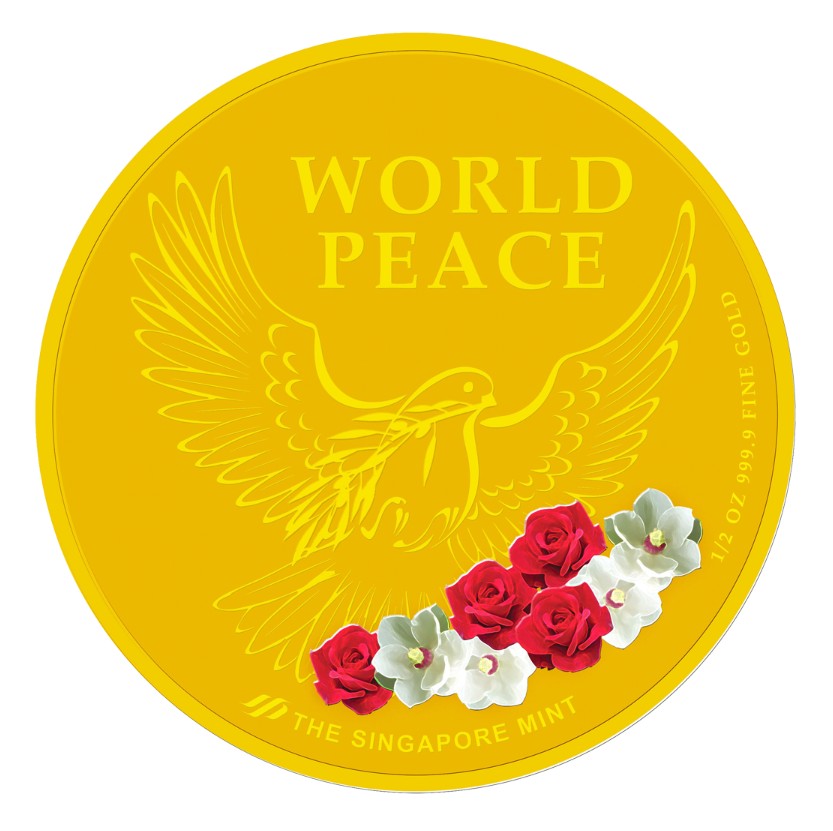 The reverse design of the medallion features a peace dove, which embodies the significance of the summit to bring about world peace. The national flowers of the United States and North Korea, the rose and Magnolia sieboldii, are respectively featured on the medallion, interlaced with each other and are presented in vibrant colours. 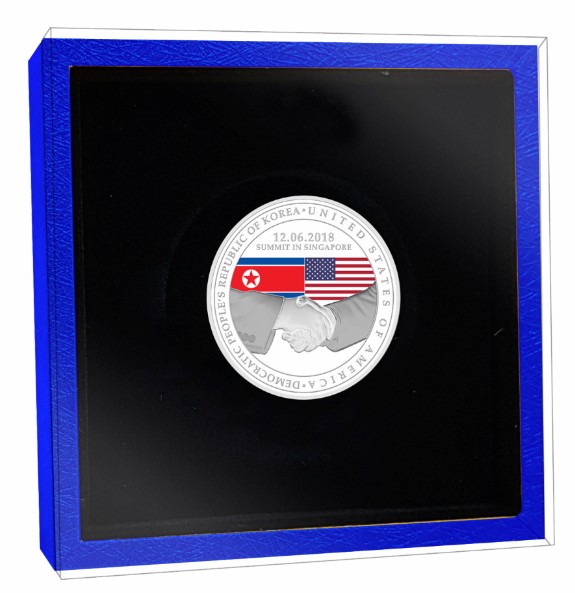 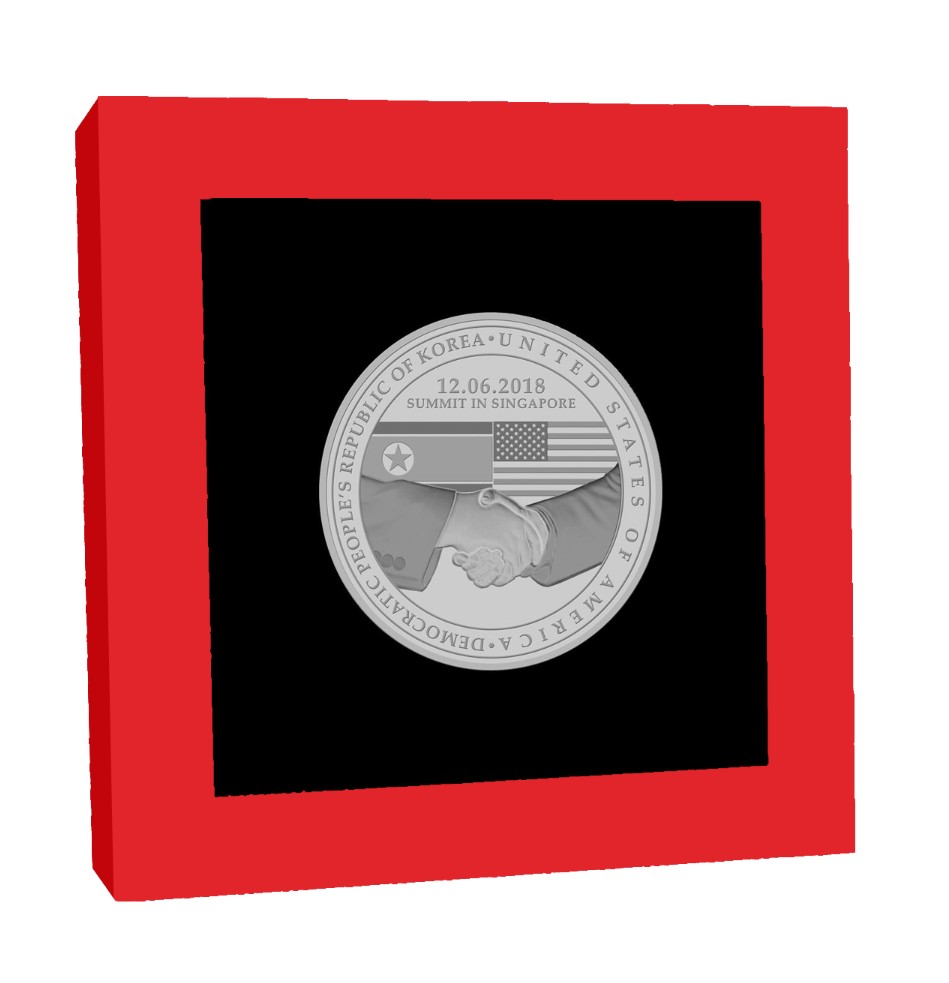 Please note, the Singapore Mint does not fulfill international orders out of Singapore. 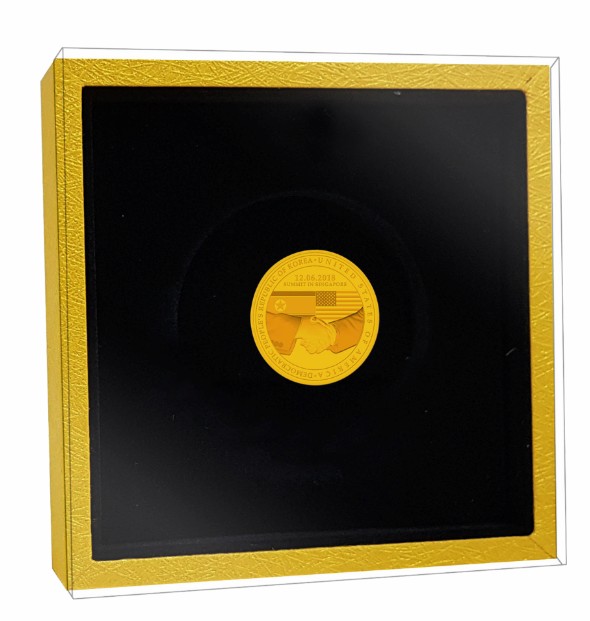 For additional information on the medals, please visit the website of the Singapore Mint.