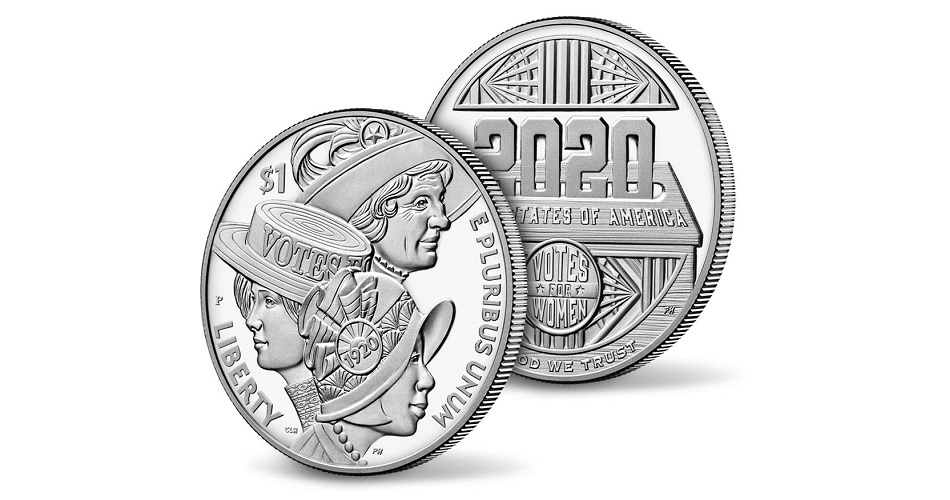 Available product options are below.

“This stunning coin pays homage to the many pioneers, activists, and foot soldiers who fought bravely and tenaciously for decades to make this Constitutional amendment a reality,” said United States Mint Director David J. Ryder.

According to United States Senator Marsha Blackburn (TN), sponsor of the Senate version of the authorizing legislation, “the 2020 centennial of the 19th Amendment is a rare moment to celebrate the milestone that made it possible for women to finally have a voice in government. 99 years after women gained the right to vote, I became the first woman from Tennessee to serve in the United States Senate. This commemorative coin serves as an important reminder of the history that led us to where we are today. I am honored to have worked with Senator Gillibrand and Representatives Stefanik and Lawrence to commemorate the pioneers and trailblazers who made it possible for us to be members of these chambers.”

Representative Elise Stefanik (NY-21), sponsor of the House version of the authorizing legislation, said, “I am honored to celebrate the important work of women’s suffrage activists through the Women’s Suffrage commemorative coin. One of the most vocal advocates for women’s suffrage, Elizabeth Cady Stanton, was born and raised in Johnstown, New York, and I am looking forward to celebrating the 100th anniversary of the passage of the 19th amendment in my district this year. I thank my colleagues Senators Gillibrand and Blackburn and Representative Lawrence, who I worked with in a bipartisan fashion to advance this legislation and create this coin in order to commemorate the important work of women suffragists in their fight for equality.”

The Women’s Suffrage Centennial Proof Silver Dollar and Medal Set features a 99 percent silver medal with its own unique designs, which will be available only as part of this set. Mintage for this set is limited to 10,000 units, with orders limited to one per household for the first 24 hours of sales. The Mint will release a bronze version of the medal in 2021. 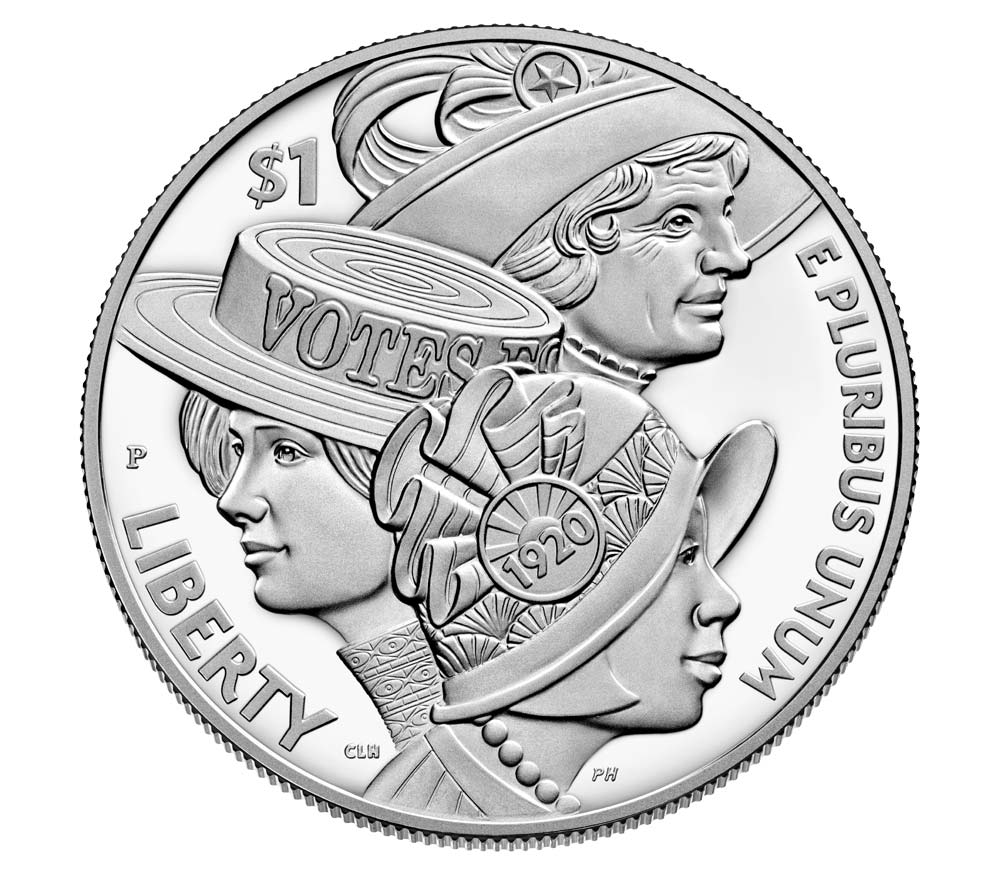 The obverse (heads) of the Women’s Suffrage Centennial silver dollar features overlapping profiles of three distinct women. Each woman is wearing a different type of hat to symbolize the many decades the suffrage movement spanned. The figure in the foreground is wearing a cloche hat with an art deco pattern and a button with the year of the 19th Amendment’s ratification. The inscriptions LIBERTY, $1, and E PLURIBUS UNUM encircle the design. 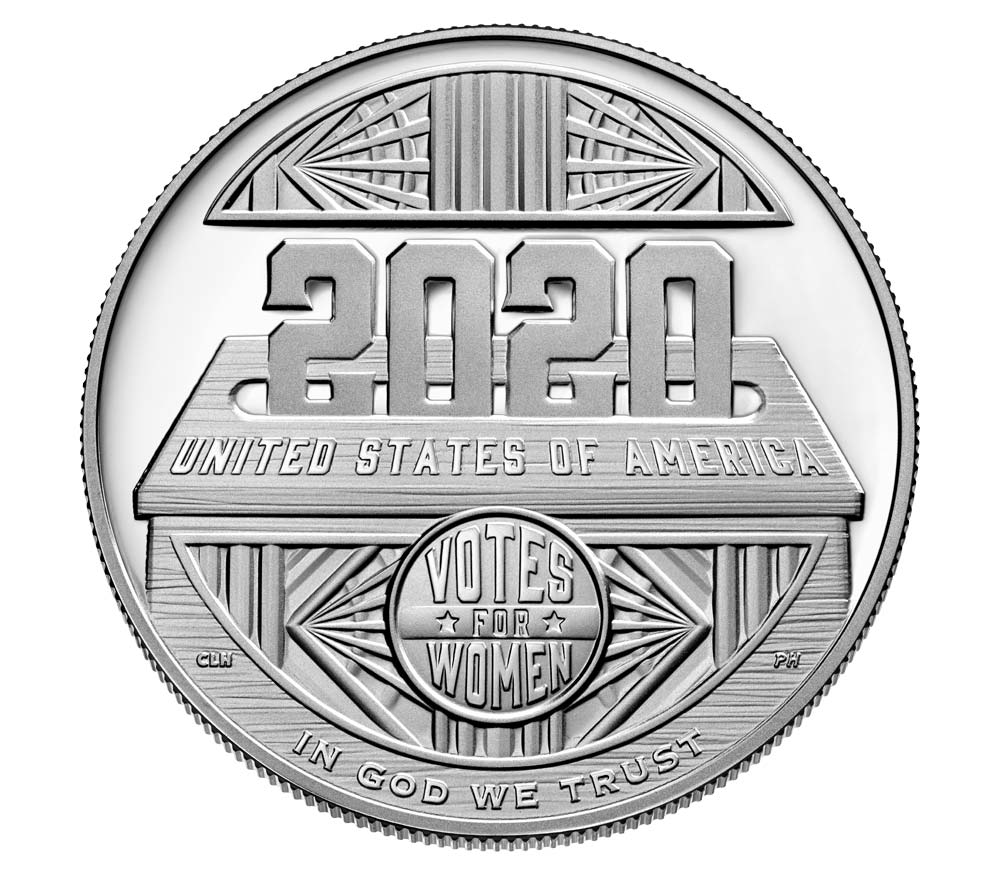 The coin’s reverse (tails) shows 2020 being dropped into a ballot box, styled with art deco elements to indicate the artistic style of the era. VOTES FOR WOMEN is inscribed inside a circle on the front of the box. The inscriptions UNITED STATES OF AMERICA and IN GOD WE TRUST are on the ballot box. 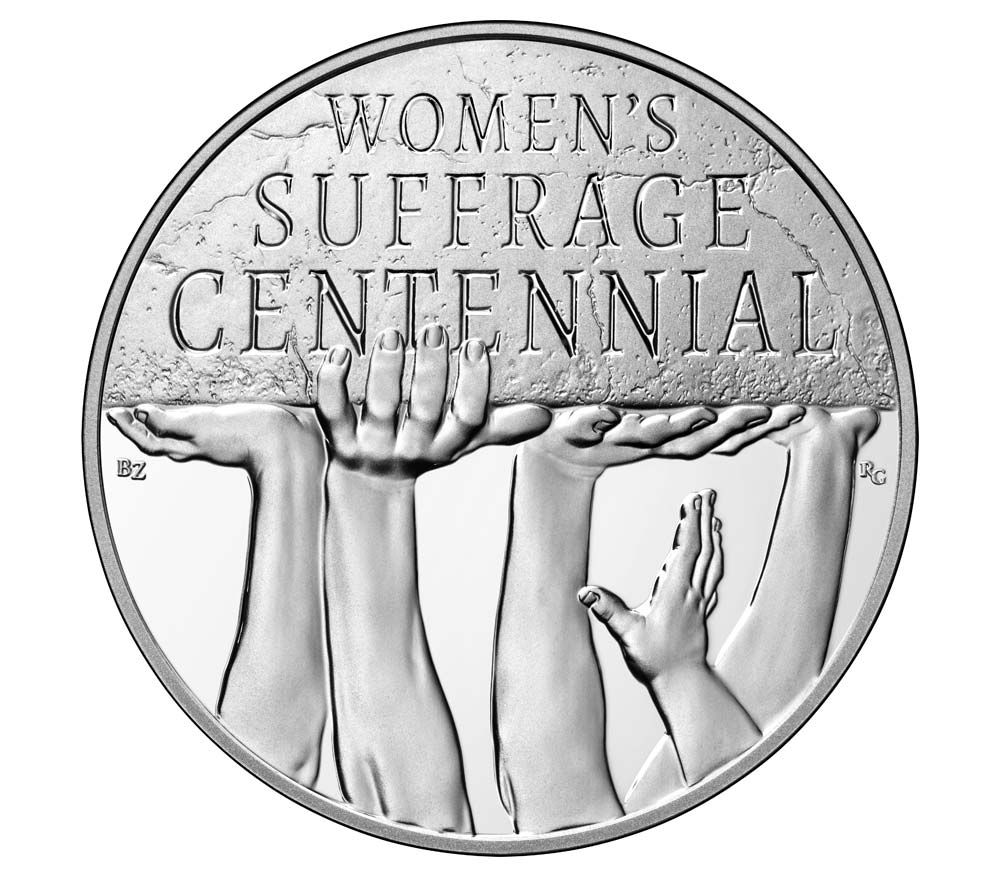 The obverse of the medal features a child’s reaching hand, amid adult women’s hands and arms holding up a heavy weight — a kind of “foundation” of stone. Women’s suffrage was a struggle that continued across generations, with countless hands turned to the task. WOMEN’S SUFFRAGE CENTENNIAL is inscribed. 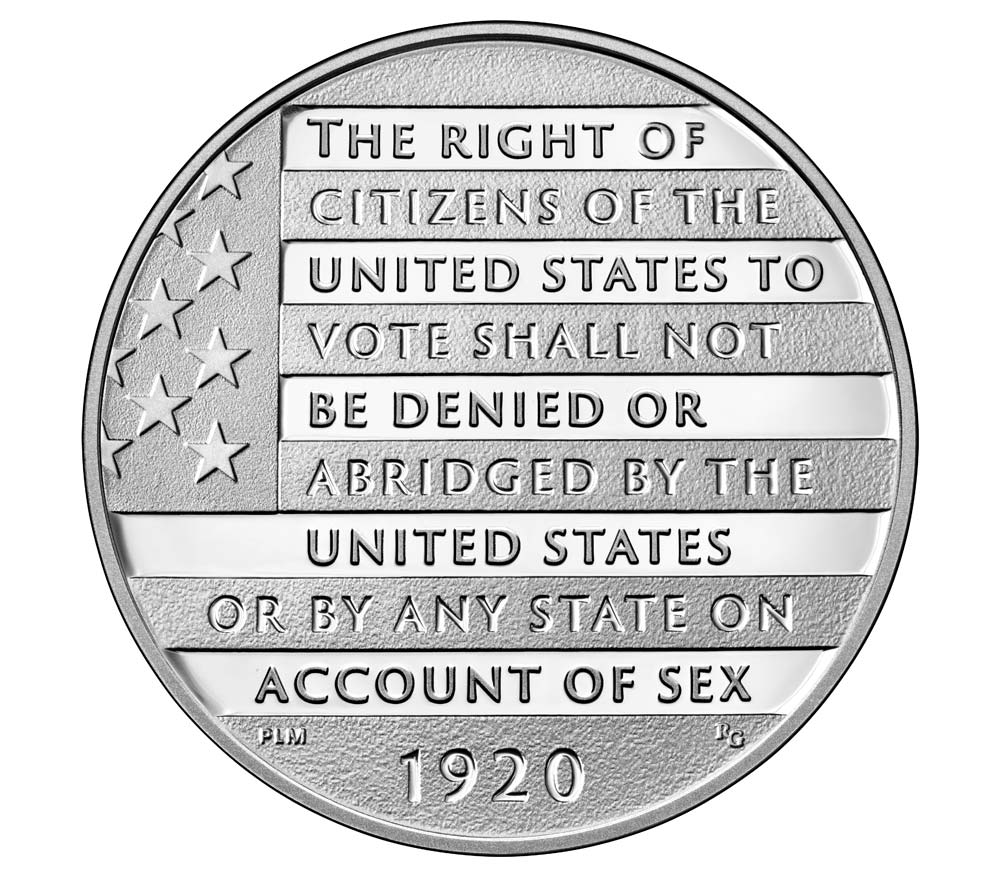 The medal’s reverse honors the Women’s Suffrage Movement by juxtaposing the text of the 19th Amendment, ratified in 1920, with the flag of the United States. 1920 is inscribed. 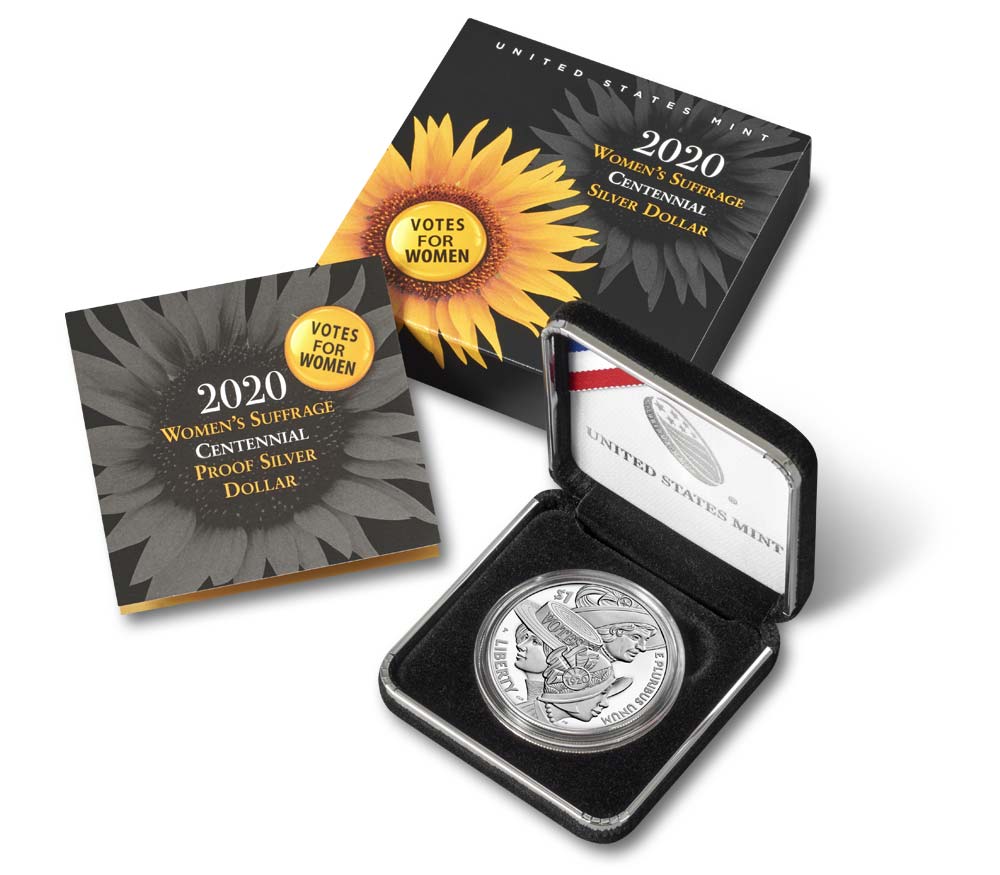 Both the silver dollar and the medal were produced at the United States Mint at Philadelphia. A certificate of authenticity is included with each product option.

The Mint is currently accepting orders only at the Mint’s website. Information about shipping options is available online. To reduce the risk of employee exposure to COVID-19 in the workplace, the Mint’s sales centers are closed until further notice. Click here for details.

Public Law 116-71 authorizes the Mint to produce up to 400,000 silver $1 coins across all product options. A $10 surcharge collected from the sale of each coin is authorized to be paid to the Smithsonian Institution’s American Women’s History Initiative for research and creation of exhibits and programs to highlight the history and impact of women in the United States.

Note: To ensure that all members of the public have fair and equal access to United States Mint products, the United States Mint will not accept and will not honor orders placed prior to the official on-sale date and time of August 18, 2020, at noon EDT.