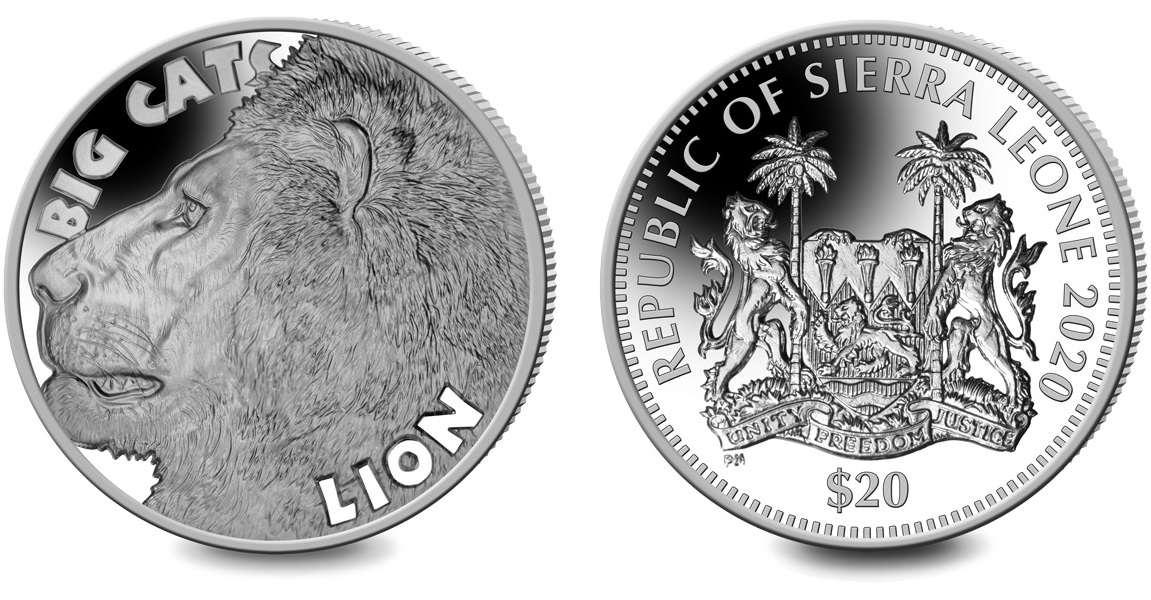 The Bank of Sierra Leone has announced (7th January) the release of the first coin in a series of five coins featuring the big cats of the world. Following on the massive success of the “Big Five” series in 2019, it is expected that this particular series will prove to be just as popular. These new coins are being produced in high relief, which effectively highlights the power of these animals and illustrates the sheer appeal of these large feline species. There are 36 species of the wild cat family throughout the world, but many, if not all, face the possibility of extinction. Ironically, their only hope now is the intervention of man through conservation programs.

The first coin in the series features the undisputed king of the Savannah: The Lion. The world’s second-largest cat, a male lion, can be 3.3 metres (10.8) feet in length, which does not include his tail, and weigh up to 190 kilos (420 pounds). These big cats are large and powerfully built with their long body, short legs, and large head. This powerful big cat has been the subject of many famous feature films such as Born Free, The Chronicles of Narnia, and The Lion King. 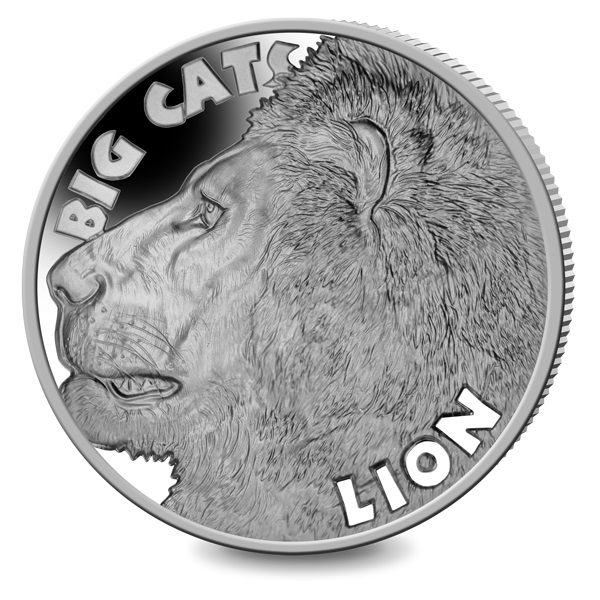 The coins are produced by the Pobjoy Mint at their facilities in Surrey on behalf of the Bank of Sierra Leone and are minted in high relief on two-ounce fine silver coins. The obverse side of the coin features the head of a lion with the word LION incused and the words BIG CATS in relief. 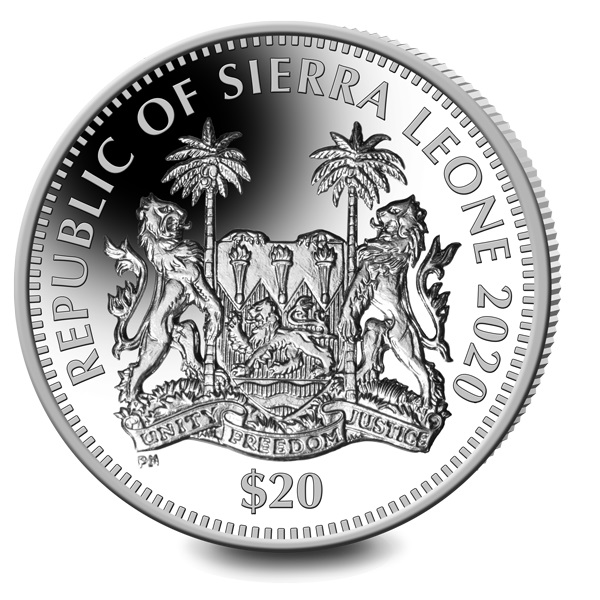 Unlike the “Big Five” series, the denomination of 20 DOLLARS for the “Big Cats” is on the reverse side, which depicts the coat of arms of the Republic of Sierra Leone, along with the year of issue. 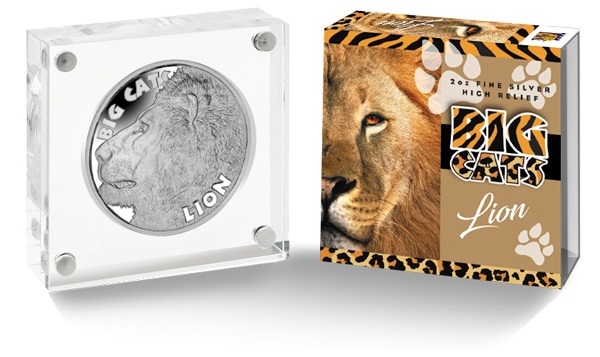 Each Proof-quality double crown is encapsulated in a custom-crafted Perspex frame enabling easy display and viewing of both sides and is accompanied by a certificate of authenticity. A further four coins will be released in 2020 featuring The Tiger, The Cheetah, The Cougar, and The Black Panther.

Available only for pre-order, orders will be dispatched from 13th January 2020. For additional information about this coin and others issued by the Bank of Sierra Leone, please visit the website of the Pobjoy Mint.