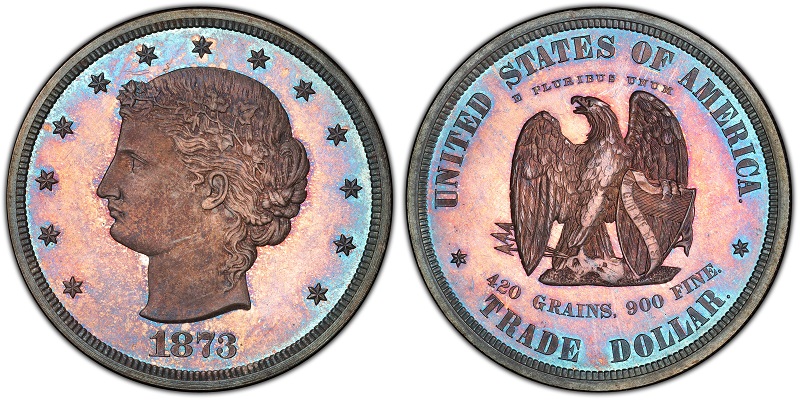 The third and final Long Beach Expo for 2019, held on September 5-7, closed out the year with some memorable moments.

The world’s most valuable private coin collection, The Tyrant Collection, had a large and beautiful brightly lit display, showcasing over 400 different coins from the Tyrants of the Seine selection including examples dating from 59 B.C., with the invading French tribes after the fall of Rome in 476 A.D., through the founding of the Carolingian Dynasty in the seventh century to modern coinage shortly before World War II.

A highlight at the PCGS booth was Meet the Expert, which returned with Director of Numismatic Education and Outreach Steve Feltner and PCGS Senior Grader Jeff Howard. Both thought the event was very successful and received a large turnout of enthusiasts.

“My first experience at Meet the Expert was amazing,” Feltner reflected, “It was an awesome sight to have people lined up around 20 minutes before we even started; they were excited! Before starting, Jeff and I decided to each take one person rather than both of us work with the same individual. This way, we could see more people, more coins, and bounce things off each other if needed. It’s a good thing we did it this way due to the number of people who came through. We were scheduled to go from 10:30-12:30 and had to stop taking people at 1! There was never a time that the line wasn’t 5-10 people deep. On my side, the most interesting thing that I saw was a heavily worn 1873 J-1281 dollar. This is already a relatively scarce pattern dollar, but to see one in VF condition is unheard of! It makes me wonder if it was a pocket piece for an individual since it likely would have been pulled from circulation long before that much wear could take place. I am overall happy with the amount of positive response we received. I look forward to doing this again, it is always a great experience to mingle with our valued customers.”

Howard added, “Steve and I talked with collectors until 1:00 p.m. without a break. We spoke to a wide variety of collectors; from first time collectors excited to start collecting to variety specialists looking for explanations of which varieties we recognized. There was a good mix of U.S. and world collectors with some of the most outstanding coins being world gold coins. I also see an obvious trend of collectors with coins graded by other prominent grading services asking our opinion if the coins would cross into a PCGS holder or not. I feel like we were able to educate a lot of beginner collectors, while also imparting some more nuanced grading theory to the more advanced collector.”

The top three auctioned coins of Ira and Larry Goldberg’s Pre-Long Beach Auction were also in PCGS holders, these included:

PCGS Set Registry displayed a collection of American pattern coinage including the 1942 Lincoln cent high relief J-2081 white metal PCGS SP-65. With a population of one, this is the first example to be graded by PCGS. Other notable coins in the display were:

Thank you to all who attended the event. We look forward to greeting all old and new faces at each PCGS-attended event. Stay tuned for what is to come at the next Long Beach Expo on February 20-22, 2020. View the remaining 2019 Show Schedule and join fellow collectors and us.