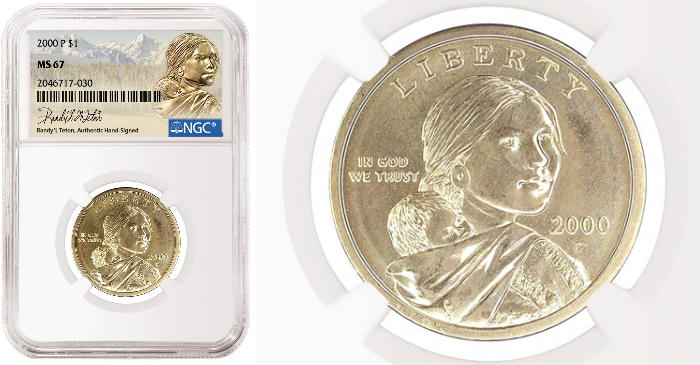 The portrait based on her has been on the coin since it was first minted in 2000.

Randy’L Teton, the only person still alive who has served as a model for a circulating U.S. coin, has agreed to individually hand-sign certification labels exclusively for Numismatic Guaranty Corporation (NGC). Teton served as the likeness of Sacajawea, a Shoshone who appears with her baby, Jean Baptiste, on the U.S. Sacajawea dollar coins issued since 2000.

More than a billion Sacajawea dollars were minted for the coin’s highly anticipated inaugural year. Since 2009, the reverse has been updated annually with a theme related to Native American history. The portrait on the obverse has remained constant: Sacajawea glancing over her shoulder with her infant son.

New Mexico sculptor Glenna Goodacre’s rendition of Sacajawea with her son was the winning entry in a nationwide design contest. Without any surviving portraits of Sacajawea — the teenaged Shoshone guide for the famous Lewis and Clark Expedition in the early 1800s — Goodacre sought a Shoshone woman to represent Sacajawea for her design. She found Teton, who is a member of the Shoshone-Bannock Tribe from Idaho and was attending the University of New Mexico in Albuquerque, New Mexico. 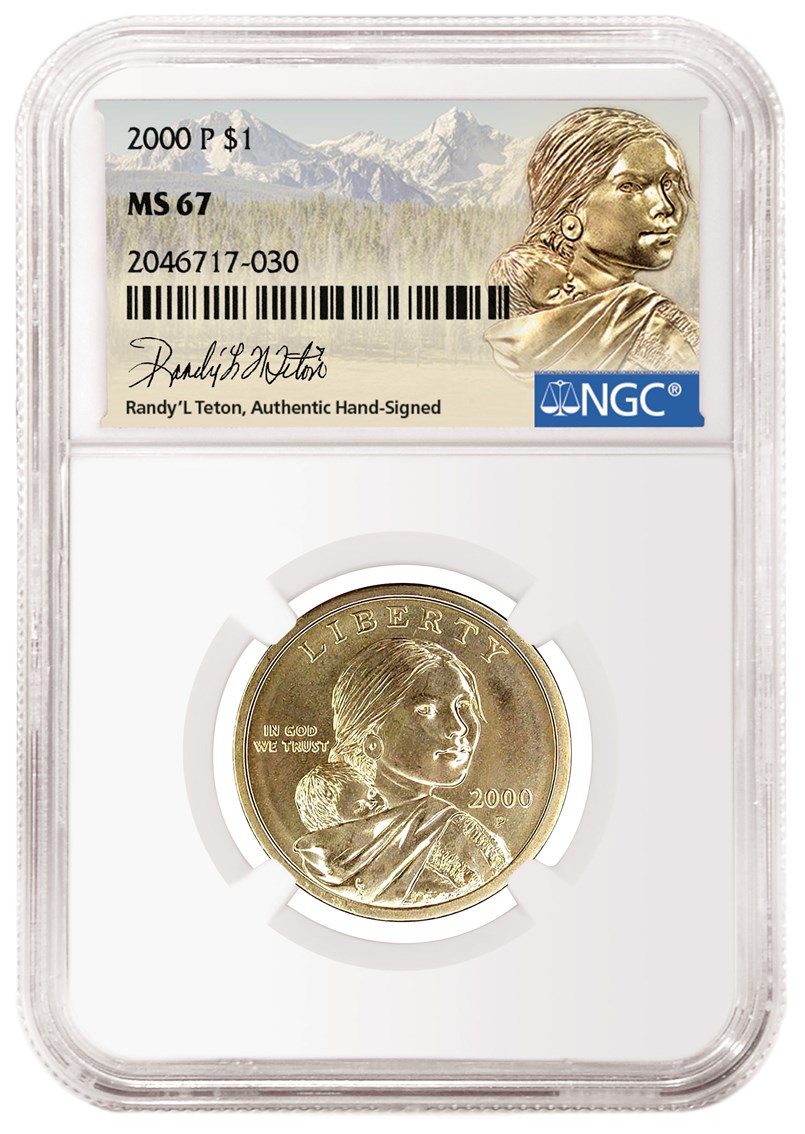 Randy’L Teton served as the model for the Sacajawea coin. Hover to zoom.

Teton, who now lives in Idaho, said she continues to take pride in her role representing Native American women and Indigenous Peoples that have contributed to United States history.

“I was 22 years old when I modeled and graduated from college the year the coins were released. It is an honor to stand for the countless other Native Americans who have contributed to this country,” Teton said. “I am humbled to have had an important role in the creation of this respectful and memorable representation of Sacajawea. She served as much more than a guide — she was a white flag of peace for the expedition.”

NGC Chairman Mark Salzberg said the company is honored to be able to simultaneously recognize the contributions of Teton and Sacajawea to U.S. coinage.

“For numismatists, the history and beauty of a coin are intertwined,” Salzberg said. “The remarkable story of Sacajawea’s determination helps highlight the many contributions made both by women and Native Americans over the years.”

The NGC labels individually signed by Teton will feature the coin’s image of Sacajawea situated against a mountain scene from the American West.

NGC is one of the world’s largest and most trusted third-party grading services for coins, tokens, and medals. Founded in 1987, NGC provides accurate and consistent assessments of authenticity and grade. To ensure impartiality, NGC does not buy or sell coins. Its full-time graders are prohibited from buying and selling coins commercially, and strict procedures are in place to prevent consultants from influencing the grades assigned to their own submissions. Every coin that NGC certifies is backed by the comprehensive NGC guarantee of authenticity and grade, which has added confidence and value for collectors and dealers around the world.