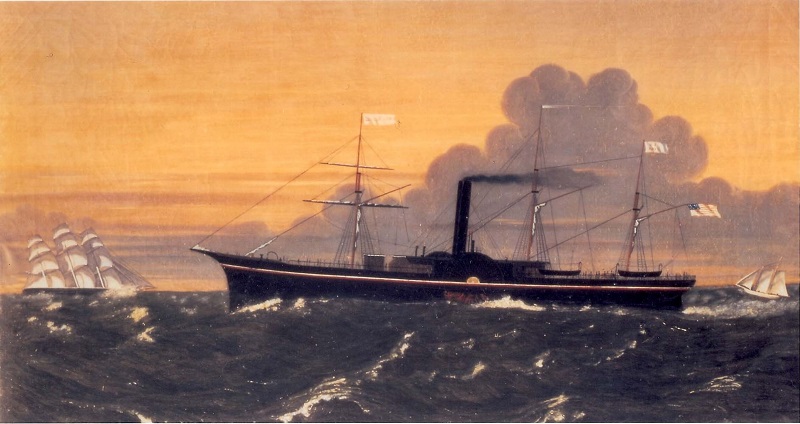 A contemporary 19th-century artist’s depiction of the legendary “Ship of Gold,” the S.S. Central America that sank in 1857 carrying tons of California Gold Rush-era treasures.

(Rosemont, Illinois) July 8, 2021 — The 268-pound bell from the fabled “Ship of Gold,” the S.S. Central America that sank in 1857, will be publicly displayed along with some of the recovered California Gold Rush treasure at the American Numismatic Association’s 2021 Chicago World’s Fair of Money, August 10-14. The bell that helped to confirm the identity of the historic vessel was brought up from the Atlantic Ocean in 1988 and has not been exhibited in public for three decades.

“The S.S. Central America represents the greatest American treasure ever found and its story is important to our history. This priceless treasure will be rung twice each day at booth #122 during the ANA convention in remembrance of the 425 passengers and crewmembers who perished when the legendary ship sank 164 years ago,” said Dwight Manley, managing partner of California Gold Marketing Group which owns the bell and recovered sunken treasure.

The ringing of the bell ceremony will be conducted daily 30 minutes after the show opens to the public and again at 3:00 p.m. The American Numismatic Association 2021 Chicago World’s Fair of Money will be in Hall A of the Donald E. Stephens Convention Center, 5555 N. River Rd., in the Chicago suburb of Rosemont, Illinois.

“The treasures of the S.S. Central America are a time capsule of the California Gold Rush, and the sound of the bell draws you into the time-capsule in a different way. This is what the passengers and crew heard on their journey. It’s spooky, and it’s reverent; an absolutely glorious tribute,” said Bob Evans, a scientist and historian who was a key member on each of the recovery expeditions starting in the late 1980s.

The S.S. Central America sank 7,200 feet under the surface of the Atlantic Ocean 150 miles off the North Carolina coast during a hurricane on September 12, 1857. She was on a voyage from Panama to New York carrying tons of California Gold Rush coins, ingots, and gold dust from the San Francisco and Northern California area. The tragedy took the lives of 425 of the ship’s 578 passengers and crewmembers, and the loss of the gold cargo was a major factor in the economically devastating financial panic of 1857 in the United States. 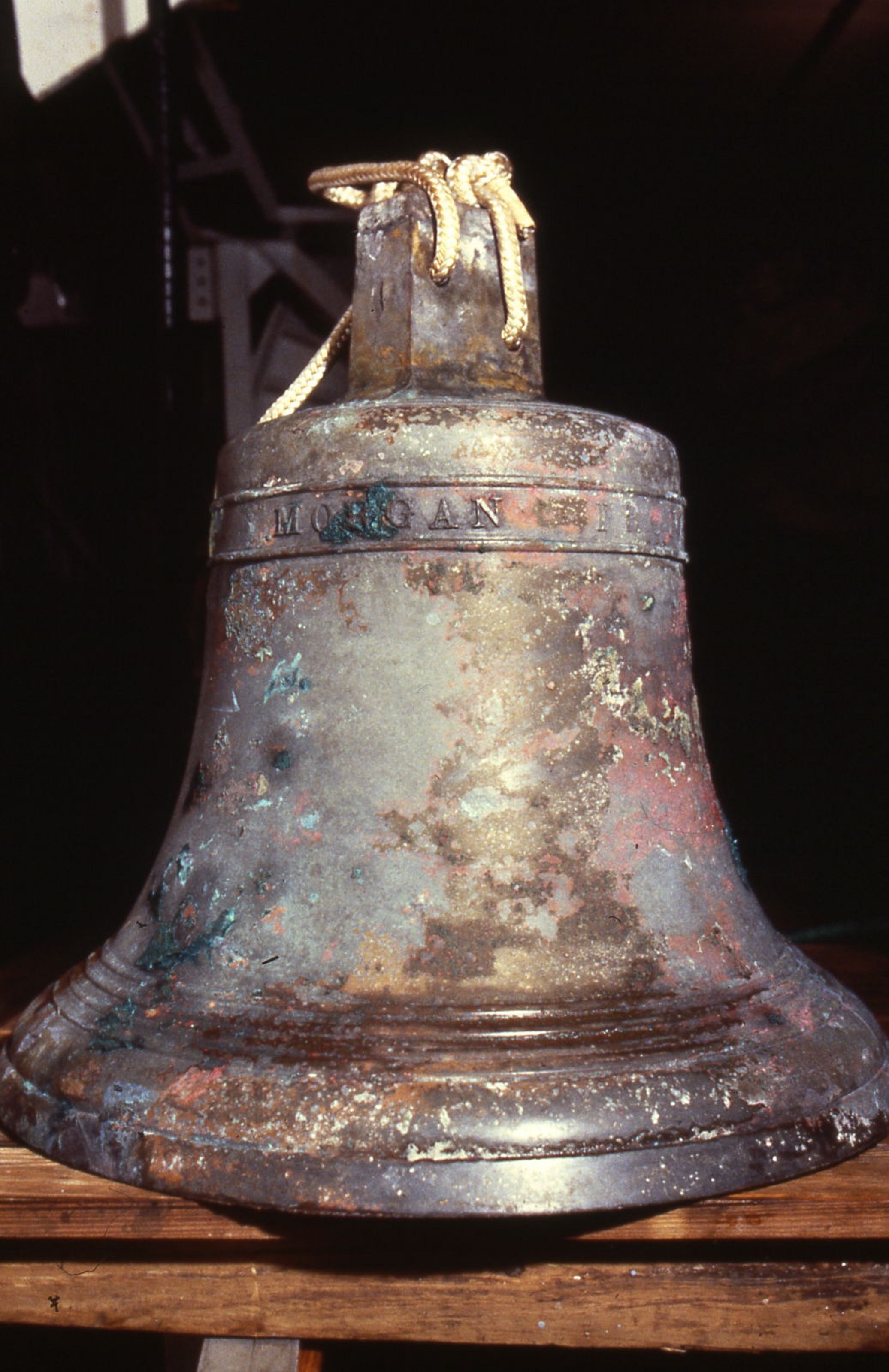 Recovered in 1988 and not publicly displayed for three decades, the 268-pound bell from the fabled “Ship of Gold” treasure ship, the S.S. Central America, will be exhibited at the 2021 Chicago World’s Fair of Money, August 10-14.

The ship’s bell has only been publicly exhibited twice before, both times in Ohio. It was displayed in 1992 at the Columbus Museum of Art and in 1993 at the Columbus Zoo. It has been in secure storage for nearly three decades, kept in approximately 90 gallons of distilled water weighing about 750 pounds in addition to the bell’s 278 pounds.

The maiden voyage of the S.S. Central America (then named the S.S. George Law) was in October of 1853.

When the submerged bell came into view on the camera of the robot submarine being used to search for the ship in 1988, the expedition team could see part of the embossed lettering on it, “MORGAN IRON WORKS NEW YORK 1853.” That provided additional evidence that the shipwreck site was indeed the S.S. Central America.

“A few days before we recovered the bell, I actually found gold dust particles in sediment from the site. So, the shipwreck identity was already pretty solid. But the bell provided spectacular confirmation,” stated Evans.

“As it sat on the bottom of the Atlantic Ocean, the bronze bell was really in three different environments: 1) exposed to the seawater above the seabed; 2) at the soil-water interface itself (the seabed,) which was a very chemically active zone; and 3) buried in the sediment,” explained Evans.

“This bell is nearly two feet tall and a little over two feet in diameter at the lower flange edge. It is larger than any other ship bells I have seen, larger than bells seen in photographs taken aboard other vessels of the period,” said Evans. “I wonder if Morgan Iron Works had intended this for a church, and then decided to use it for a steamship for which they were making the engines?”