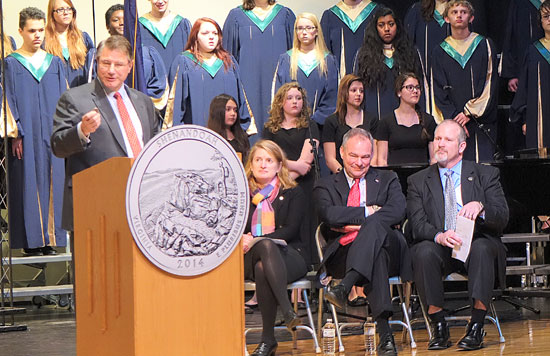 Richard Peterson, Deputy Director of the United States Mint, spoke at the ceremony and mentioned his many ties to Virginia. “I am very happy to be in Front Royal, where my father attended Randolph-Macon Academy, to honor a state with such a rich history and promising future, a state my family and I call home.” Peterson continued, “The Shenandoah National Park Quarter emphasizes one of my favorite things about Virginia-its natural beauty-beauty that must be enjoyed and at the same time protected for future generations.” 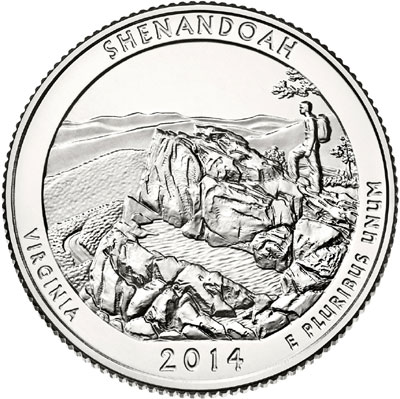 The reverse design of the Shenandoah National Park Quarter features a depiction of a hiker at the Little Stony Man summit. Inscriptions include “Shenandoah”, “Virginia”, “2014”, and “E Pluribus Unum”. This coin represents the twenty-second release within the United States Mint’s America the Beautiful Quarters Program, which honors national parks and sites in each of the states, territories, and the District of Columbia. 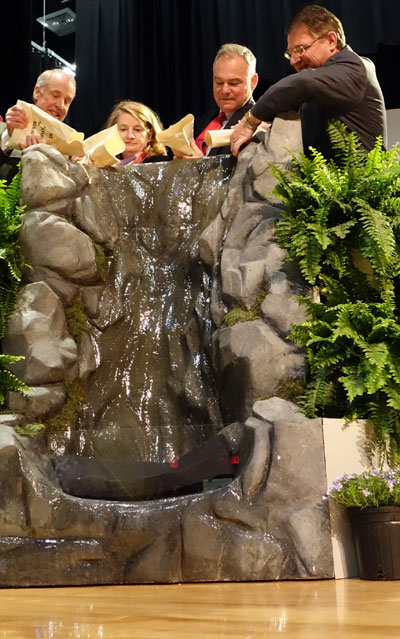 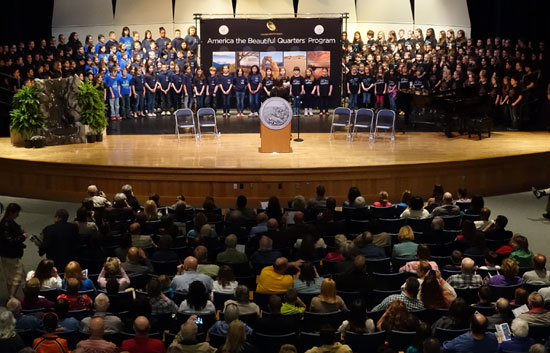 Nearly 1,000 people were in attendance at the event, including 500 students from area schools. The All-County Elementary Choir delivered a performance for the audience.

Following the event, attendees were given the opportunity to exchange currency for rolls of the new quarters. A total face value of $30,000 worth of quarters were exchanged at the event.

The Shenandoah National Park Quarters were officially released into circulation on March 31. That day, the Federal Reserve Bank released millions of the coins to general circulation. The United States Mint also opened sales for numismatic bags and rolls of the quarters from the Philadelphia, Denver, and San Francisco facilities.

All photos courtesy of the United States Mint.