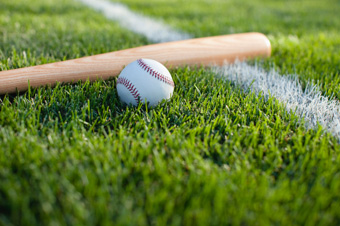 On January 26, 2012, a bill was introduced in the Senate seeking to require commemorative coins to be minted and issued in recognition and celebration of the National Baseball Hall of Fame.

A similar bill had been introduced in the House of Representatives on July 14, 2011. This previous bill has 296 cosponsors and passed in the House on October 26, 2011. It was received by the Senate, read twice, and referred to the Committee on Banking, Housing, and Urban Affairs.

The newly introduced bill S. 2036 National Baseball Hall of Fame Commemorative Coin Act was introduced by Sen. Kirsten Gillibrand of New York. It has four cosponsors and has also been referred to the Committee on Banking, Housing, and Urban Affairs. 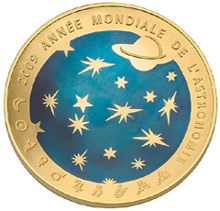 The bills each have the interesting suggestion that the $5 gold coins and silver dollars should be produced so that the reverse of the coin is convex to closely resemble a baseball and the obverse is concave to provide a dramatic display of the design. The 2009 International Year of Astronomy coins issued by Monnaie de Paris were produced in this fashion.

The designs of the coins are broadly required to be emblematic of the game of baseball. A competition would be held to design the common obverse of the coins, with compensation of not less than $5,000 for the winner. The expert jury judging the competition would be chaired by the Secretary of the Treasury and three members each from the Citizens Coinage Advisory Committee and the Commission of Fine Arts. The common reverse design of the coins would depict a baseball similar to those used by Major League Baseball.

The Baseball Hall of Fame Commemorative Coins may be issued during the one year period beginning January 1, 2015. They would be available in both proof and uncirculated qualities.

Surcharges added to the cost of each coin would be distributed to the National Baseball Hall of Fame to help finance its operations.