The Perth Mint has unveiled the second design within the “Land Down Under” coin series, which highlights aspects of Australia’s ancient culture, its discovery, lifestyle, and iconic landmarks. Proof quality gold and silver coins feature the didgeridoo, a wind instrument first used by Indigenous Australians in ancient times. Modern didgeridoos are usually cylindrical or conical, and generally, the longer the instrument, the lower the pitch or key. 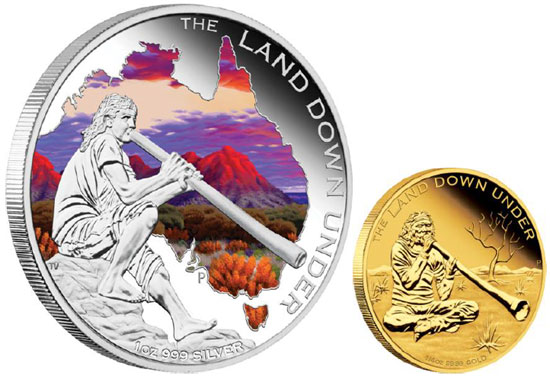 The obverse of both coins contains the Ian Rank-Broadley effigy of Her Majesty Queen Elizabeth II with the “2013” date. 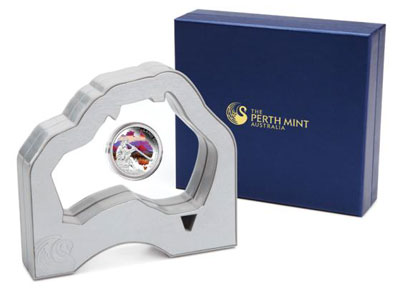 Each coin is presented in a unique Australian map shaped latex case with an illustrated shipper and numbered certificate of authenticity. The Perth Mint will release no more than 5,000 1oz silver proof coins and 1,000 1/4oz gold proof coins.

The previous releases of the Land Down Under series have featured the Sydney Opera House. The forthcoming releases will feature Captain Cook and Surfing.

For information or to place an order for these and other recently released coins, visit the recent releases section of the Perth Mint website.