Earlier this year, the United States Mint delayed the release of the annual 2009 Mint Set due to unique tarnish issues encountered for the 2009 Lincoln Cents. Despite the extra time taken by the Mint to deal with the issue, the coins still may be susceptible to tarnish over time. 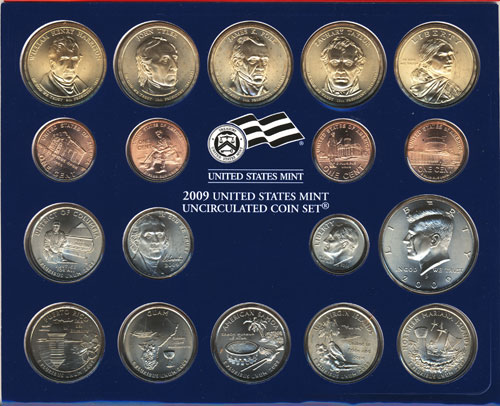 The Secretary of the Treasury shall issue 1-cent coins in 2009 with the exact metallic content as the 1-cent coin contained in 1909 in such number as the Secretary determines to be appropriate for numismatic purposes.