In response to to the continued record demand for American Silver Eagles, the United States Mint has begun production of the coins at the San Francisco Mint facility. For the past several years, the West Point Mint has been the sole producer of Silver Eagles. Effective May 31, 2011, the US Mint will begin to fulfill orders from coins minted at both the San Francisco and West Point facilities.

As with all other bullion products, Silver Eagles are distributed through a network of authorized purchasers (APs). The APs are able to purchase the coins directly from the United States Mint in minimum quantities of 25,000 ounces based on the market price of silver plus a fixed mark up of $2 per coin. Authorized purchasers resell the coins to other bullion dealers, coin dealers, and the public, as well as facilitate a two way market for the coins.

According to information included in a press release, the San Francisco Mint will use the same manufacturing process and packaging currently used for coins produced at the West Point Mint. The individual Silver Eagle bullion coins will not carry an identifying mint mark and will show no other visible difference based on the manufacturing facility. 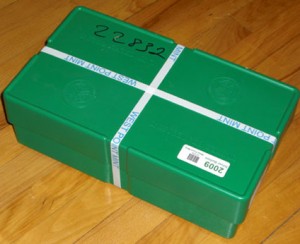 Nonetheless, it does seem possible that the San Francisco produced Silver Eagles may be identifiable in some other fashion. American Silver Eagles are packaged in sealed plastic boxes containing 500 coins. In the past, the identification stickers and strapping have indicated “West Point Mint”. Furthermore, the US Mint previously mentioned the possibility that authorized purchasers would be able to pick up Silver Eagles directly from the San Francisco Mint facility.

If there is any way to identify the San Francisco Silver Eagles, this may open the door to specialized identifying encapsulation or specific marketing of the coins. The obvious selling point would be the comparatively lower mintage, although in absolute terms the numbers would remain quite high.

The US Mint indicated that they have capacity to produce “up to several hundred thousand coins” per week at San Francisco. For the month to date, the US Mint has recorded sales of 2,999,000 Silver Eagle bullion coins from production at the West Point Mint.

Year to date Silver Eagle sales have reached 18,247,000, which is on pace to exceed the record annual sales of 34,662,500 achieved last year. These high sales were achieved despite a continuing allocation program, which rations the available supply amongst authorized purchasers. This program has been used during period when market demand exceeds available supplies.