The release of the product which features 2014-dated coins was delayed due to packaging improvements the Mint implemented based on returns for the 2013 set. The Mint indicated that the process took longer than expected and the sets could not be assembled until this month. Despite the late release, all of the coins included in the set were produced during 2014. 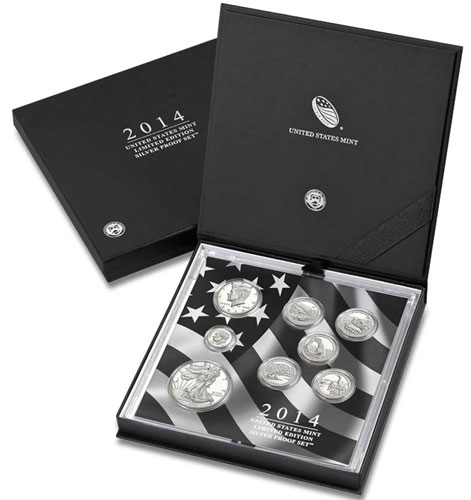 The eight coins of the set are packaged in a protective lens and presentation case. Production of the set is limited to 50,000 units, although the coins have also been available within other numismatic products. There is no household ordering limit imposed.

The 2014 Limited Edition Silver Proof Set is priced at $139.95 plus applicable shipping and handling. For more information or to place an order, please visit http://catalog.usmint.gov/