The Royal Mint have announced that they will be releasing their Lunar Year of the Sheep 2015 UK One Ounce Bullion Coins on the 12th September. One of the most recent additions to The Royal Mint’s bullion offering, the coins will be available in Gold and Silver, and will be finished to Bullion standard. 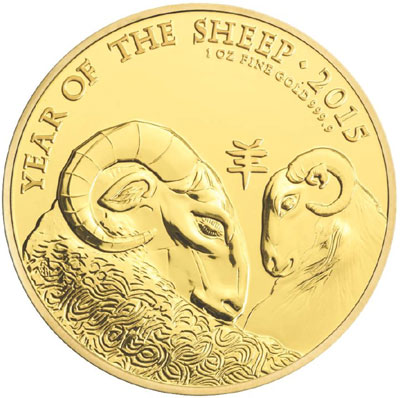 The One Ounce Gold Bullion Coin contains a full ounce of .9999 fine gold, whilst the One Ounce Silver Bullion Coin contains a full ounce of .999 fine silver. Both bullion coins are housed in secure protective packaging for safe transit, and a minimum order applies. The design is the same on the Brilliant Uncirculated as it is on the Proof versions of both the gold and silver examples, skillfully using symbolic elements to create a fusion of oriental and British heritage. Ancient oriental symbols for the word sheep form tree outlines in the background, whilst two distinctive Yorkshire Swaledale sheep face each other in the foreground. The intricate details of the design highlight their beautiful curled horns in contrast to the swirls of their wool coats. The obverse side includes the current effigy of HM Queen Elizabeth II created by sculptor Ian Rank-Broadley and in use on most British and British Isles circulation & commemorative coinage since 1998. 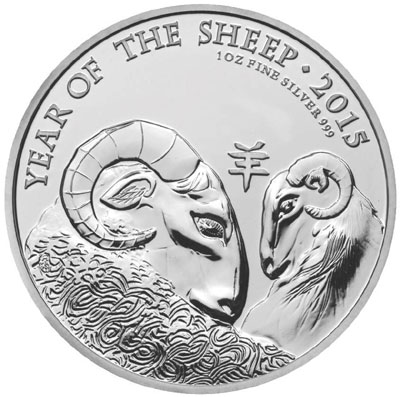 The Royal Mint recently revealed the coin designs for the Lunar Year of the Sheep, an event that had been eagerly anticipated since the release of the 2014 Year of the Horse coins last year – the first time that Lunar coins had been produced specifically for the United Kingdom.

A wide product range in proof quality is also available from the website, to view these options, please visit this section of the Royal Mint website. On the website, you can find contact information for the bullion enquiries team. Information offered in English, international orders dispatched.