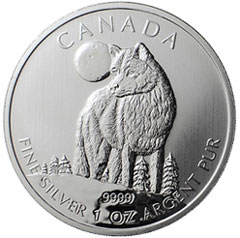 The Royal Canadian Mint achieved record revenue of $3.2 billion for 2011, representing an increase of 42.9% from the prior year. The increase in revenue was driven primarily by the bullion and refinery segment, although numismatics and collectibles also put in a strong performance.

Despite the higher revenue, total profit before income tax declined by 5.6% to $43.8 million. The Mint cited the intense competition on the bullion and foreign coinage markets and increased operating costs to explain the decline.

Revenue generated from Canadian circulating coin production increased by 5.4% to $136.7 million. This revenue represents the amount paid to the Mint by the Department of Finance, which allows the Mint to recover the cost of coins produced plus a fixed margin, as well as funds generated through the Alloy Recovery Program, which recovers nickel from coins minted prior to 2001. 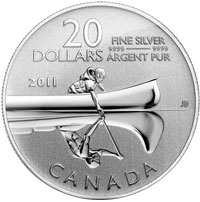 Revenue from numismatics and collectibles reached its highest level in the history of the segment at $93.0 million. The Mint cited the significant growth in the number of new coins offered to accommodate an increased number of customers. There were 110 new coins released during the year, 30 of which achieved a sell out. Two of the best selling coins in the history of the segment were released during 2011 under the new “20 for 20” silver commemorative coin series, which features silver coins offered at face value.

Foreign coinage revenue declined by 14.57% to $34.0 million. This revenue was generated from the production and shipment of 1.1 billion coins and blanks to 13 different countries. Nearly 95% of these coins were produced using the Royal Canadian Mint’s multi-ply plated steel technology.

Royal Canadian Mint initiatives for the future include an aggressive plan to increase its share of the foreign circulating coinage market to 15% by 2020. A 60,000 square foot expansion to its facility in Winnipeg, which is expected to be completed in 2013, will help handle the anticipated increased demand. As many as 150 new numismatic products and collectibles are planned for 2012. Management intends to support the secondary market for Canadian numismatic products by balancing pricing and mintages to increase the number of sell outs. For the bullion and refinery business, the Mint plans to continuously enhance efficiencies and capacity, develop new products and services, and explore opportunities to penetrate new markets, particularly India and China.