The Royal Australian Mint have announced that a first strike ceremony was held for the production of coins for their South Pacific Island neighbors, the Cook Islands, Tonga, and Vanuatu, who all sent representatives to the production floor of the Mint. 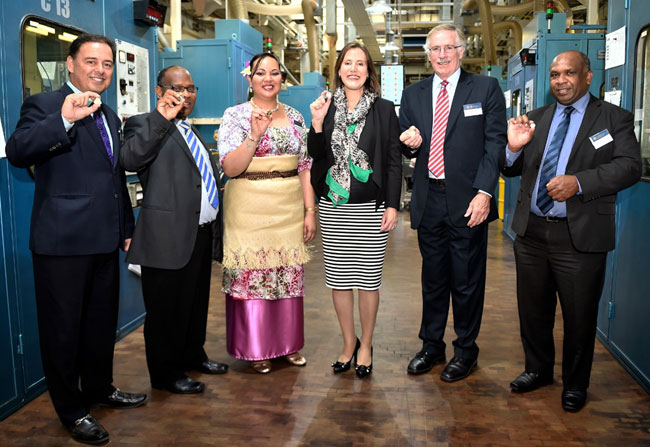 With the Mint’s assistance and expertise, the Cook Islands, Tonga and Vanuatu have embarked on the important task of coin reform, bringing each country’s coinage system in line with world best practice. The dignitaries and diplomatic representatives from the three countries gathered for the exclusive ceremonial coin striking which saw all 16 coins of various denominations being struck during the proceedings.

The Royal Australian Mint CEO Mr Ross MacDiarmid said with today’s coining ceremony, the Mint has a proud record of assisting five countries with coinage reforms in just over three years. Further adding “We have been able to assist our neighbors in producing smaller, lighter coins with designs of cultural significance to the people.”

The new coins of the three countries represented during the ceremony are now in line with international trends resulting in lower production costs which translate into savings for the countries. 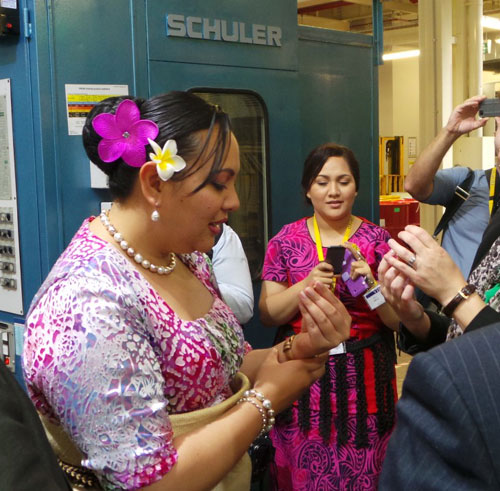 Present for the first strike ceremony was The High Commissioner of Tonga, HRH Princess Angelika Tuku’aho, the Cook Islands Minister for Finance Mr Mark Brown and the Deputy Governor of the Reserve Bank of Vanuatu Mr Peter Tari who took part in striking their own country’s new coins for the first time.

The new coins will be launched in each country over the coming months. The three coinage reforms are timed to recognize significant national milestones, namely 50 years of self-government for the Cook Islands, the Coronation of King Tupou VI of the Kingdom of Tonga, to be held on the 4th July of this year and the 35th Anniversary of Independence for the Republic of Vanuatu. Of particular interest during the day’s proceedings was when HRH Princess Angelika Tuku’aho, daughter of HM King Tupou VI had the rare honor of being able to strike a coin which features an effigy of her father.