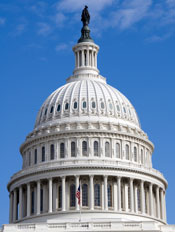 Should Ronald Reagan appear on United States coins? Before and following the former President’s death there have been legislative proposals suggesting that he should. The latest proposal comes from H.R. 3341 The Ronald Reagan Commemorative Coin Act of 2009.

This bill proposes the mintage and issuance of up to 50,000 commemorative gold coins and 300,000 commemorative silver coins issued for the year 2013. Under the proposal, the obverse of the coins would feature a likeness of Ronald Reagan and the reverse of the coins would feature a design which sounds similar to the design currently used for the American Eagle Gold Bullion coins.

In order to be produced, the bill must be passed by the House and Senate, and signed into law by the President.