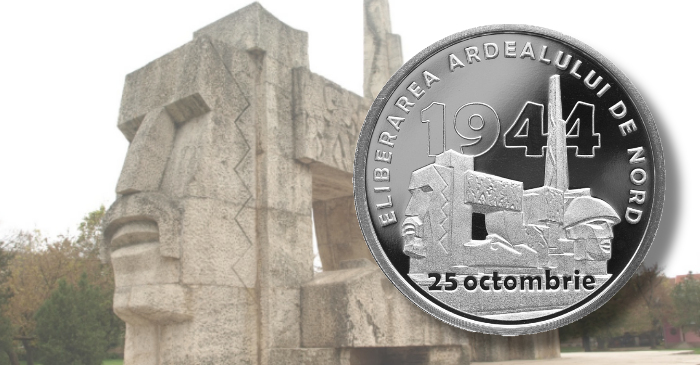 The Banca Nationala a’ Romaniei will release (14th October) new commemorative silver Proof coins which are in remembrance of the 75th anniversary of the return of Northern Transylvania to Romania.

Northern Transylvania, a region previously part of the defeated Austro-Hungarian Empire, was awarded to the Kingdom of Romania after the Great War and by the 1920 Treaty of Versailles, though not formally ratified. As ethnic Romanians formed the majority population of Transylvania, they elected representatives who proclaimed the union with Romania on the 1st December 1918. The Proclamation of the Union of Alba Iulia was adopted by the Deputies of the Romanians from Transylvania and was supported one month later by a vote of the Deputies of the Saxons from Transylvania (ethnic Germans who settled in the area centuries previously). Since the Treaty of Versailles was never ratified, the Treaty of Trianon, signed on the 4th June 1920 by representatives of the new Kingdom of Hungary and the Kingdom of Romania, formally assigned Northern Transylvania to the Kingdom of Romania.

With the outbreak of the Second World War from 1939 onward, and due to Soviet claims to the area known as Bessarabia (which was then part of Romania), the government of Hungary attempted to reclaim Northern Transylvania. A new territorial agreement known as the Second Vienna Award reassigned the region to the Kingdom of Hungary.

The actions of King Michael of Romania on the 23rd August 1944, in which he overthrew the government that allied the country with the Axis side of the fighting, successfully deposed the dictator Ion Antonescu and the result was that territorial circumstances improved for Romania. As a consequence of this action, the Romanian army fought against Nazi Germany and its allies in Romania and regained Northern Transylvania. With a population primarily composed of both ethnic Romanians and Hungarians, it would be the Paris Peace Treaties signed in 1947 which formally returned Northern Transylvania to Romania. 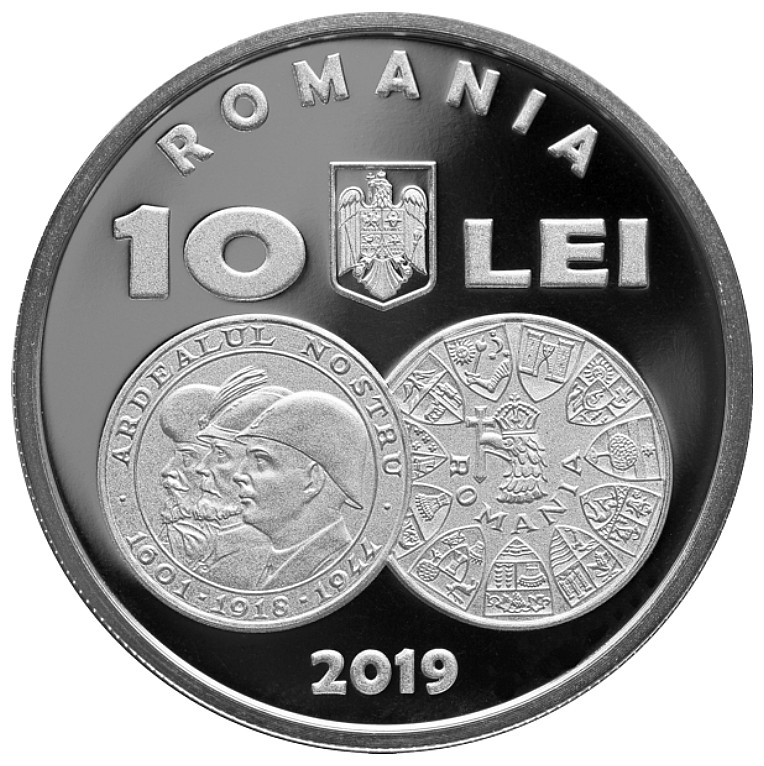 The Monetăria Statului produces the silver Proof quality coins at their facilities in Bucharest on behalf of the National Bank. The reverse design includes the images of the 1944 gold medals* minted at the time of the liberation of Northern Transylvania. The inscription ROMANIA is shown above the primary design along the edge. The coat of arms of Romania is positioned between the face value 10 LEI, and the year of issue 2019, is placed towards the lower edge. 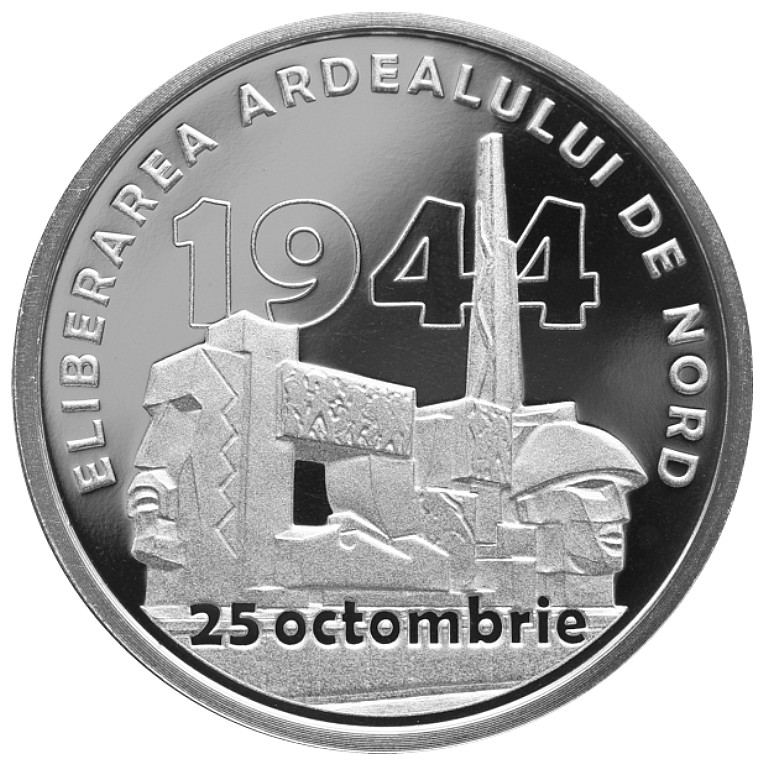 The obverse side shows a depiction of the Monument of the Romanian Soldier in the city of Carei, Satu Mare County, in Northwestern Romania. The inscription ELIBERAREA ARDEALULUI DE NORD is placed along the top rim and above the primary design with the year of liberation, 1944, placed behind the monument, and the actual date, 25 octombrie, placed below and superimposed over the lower half of the monument.

*The gold medals are known as “Ardealul Nostru” and were made available in January 1945. They were minted similarly to 20-lei gold coins of the time, being 21 millimetres in diameter and 6.55 grams of .900 fine gold with a mintage of one million pieces reported. The obverse side included conjoined effigies of Mihai Viteazul, the prince of Transylvania from 1593 to 1600. The second effigy is that of King Ferdinand of Romania, and the third front effigy is that of Michael I, king of the Romanians. Mihai the Brave wears a distinctive voivode (or princely) cap, and the kings Ferdinand and Michael I wear protective helmets on their heads. Around the three effigies is engraved the text ARDEALUL NOSTRU and the years 1601 (the year of Mihai’s death), 1918 (the year Northern Transylvania was claimed by Romania), and 1944 (the year of liberation). On the reverse side of the gold medal, is the crowned eagle on the coat of arms of Romania, and under the neck of the eagle, is the text, ROMANIA. Around the eagle are emblems or crests of the 11 counties of Northern Transylvania which were returned to the Romanian state, Trei Scaune, Năsăud, Odorhei, Cluj, Satu Mare, Bihor, Maramureș, Mureș, Ciuc, and Someș.

The 10-lei silver Proof collector’s coin is individually encapsulated and presented in a custom case and includes the certificate of authenticity containing the signatures of the NBR governor and the central cashier. The coins will be available directly through the Bucharest, Cluj, Iasi, and Timişoara regional branches of the National Bank of Romania. For additional information about this coin and other coins issued by the National Bank of Romania, please inquire here.