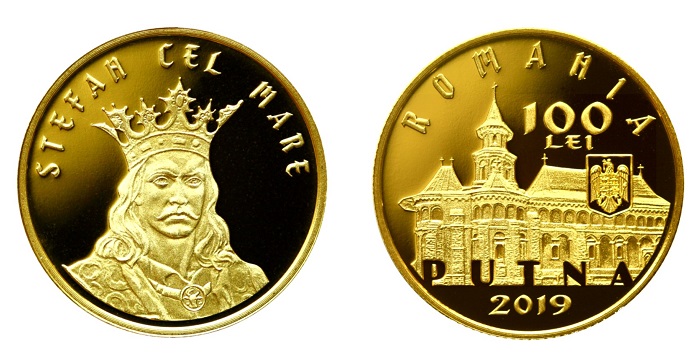 The Banca Nationala a’ Romaniei has issued (18th March) new gold collector’s coins to mark the 550th anniversary of the consecration of the church at the Putna Monastery. A Romanian Orthodox monastery, it is considered one of the most important cultural, religious, and artistic centres established in medieval times. It was built and dedicated by Stephen the Great (born c. 1433–1440, died 1504).

The monastery was founded on lands near the Putna River, whose source of water is from the Obcina Mare Mountains in Bukovina (present-day Romania). Stephen the Great is remembered for ordering the construction of many churches and monasteries all over Moldavia, some of these medieval lands are in present-day Romania. The Putna Monastery would become the home to the tomb of Stephen and several members of his family and is today a place of pilgrimage. The icon veils and tombstones are regarded as excellent examples of Moldavian art during the era of Stephen the Great.

The Putna Church and Monastery was initiated just after Stephen the Great was victorious in the battle in which he conquered the Kilia Citadel in Odessa. He began work on the monastery as a means to give thanks to God, and on the 10th July 1466, the church’s first foundation stone was laid and dedicated to the Virgin Mary.

For many years, the church and its grounds were believed to have been designed by a Greek architect named Theodor. However, the interpretation of the Kilia chronicles on which this was based has since been proven incorrect. The Putna Church was completed in three years but was not officially consecrated until the 3rd September 1470, as Stephen and his armies were engaged in other battles. The ceremony was attended by Stephen and all his family, with the church and monastery being consecrated by Metropolitan Teoctist. Soon after, it became the most important religious site in the area.

The present church was substantially rebuilt between 1653 and 1662 under the auspices of the Voivode (ruler) Vasile Lupu (1595–1661) and his successors. Although the building continued to preserve the original ground plan of a typical 15th and 16th-century Moldavian church, it integrated many architectural and decorative features characteristic of 17th-century architecture. 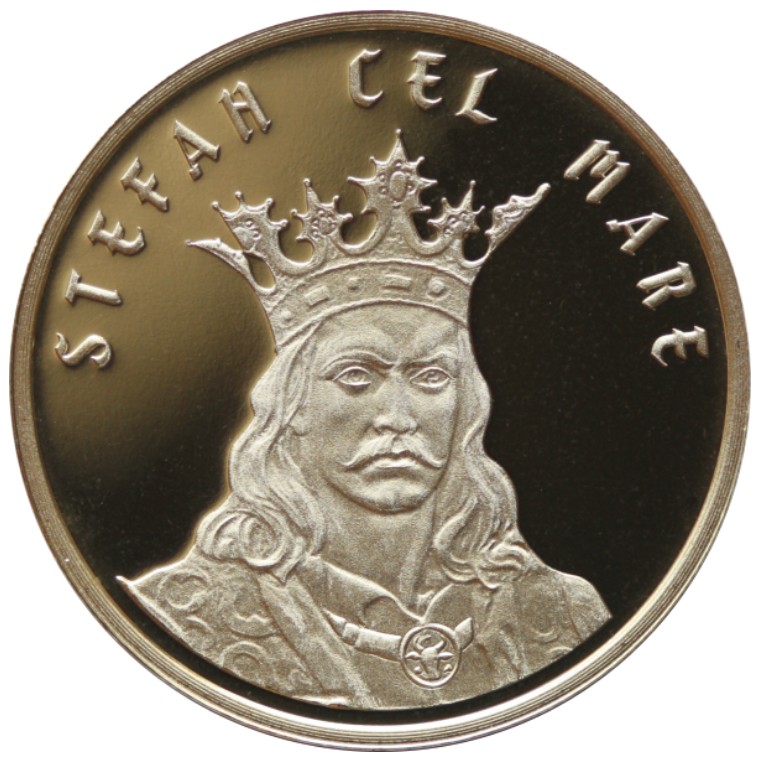 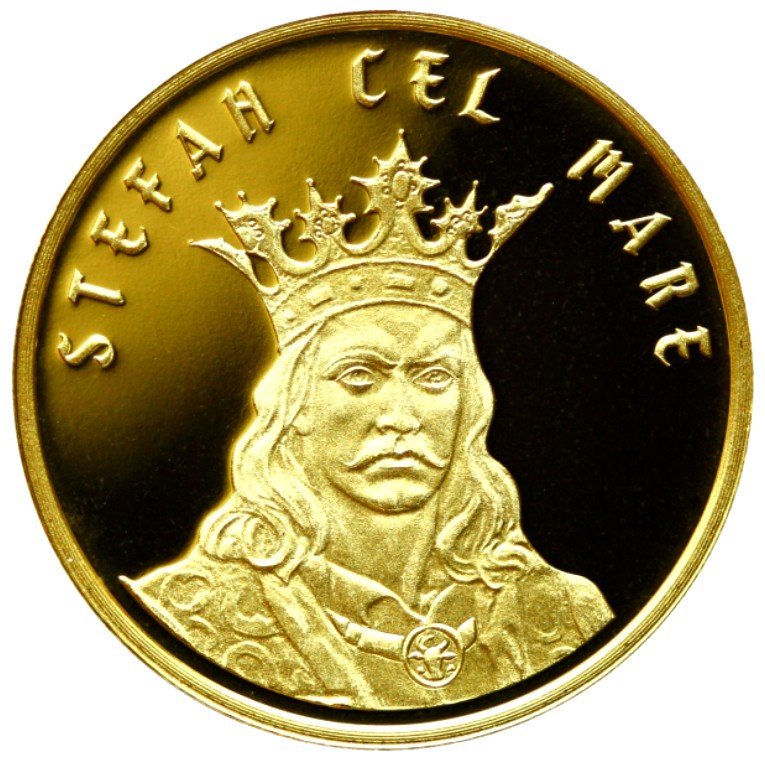 The coins are produced by the Monetăria Statului at their facilities in Bucharest on behalf of the National Bank. The obverse side includes a portrait of ruler Ștefan cel Mare and the inscription STEFAN CEL MARE above along the rim. 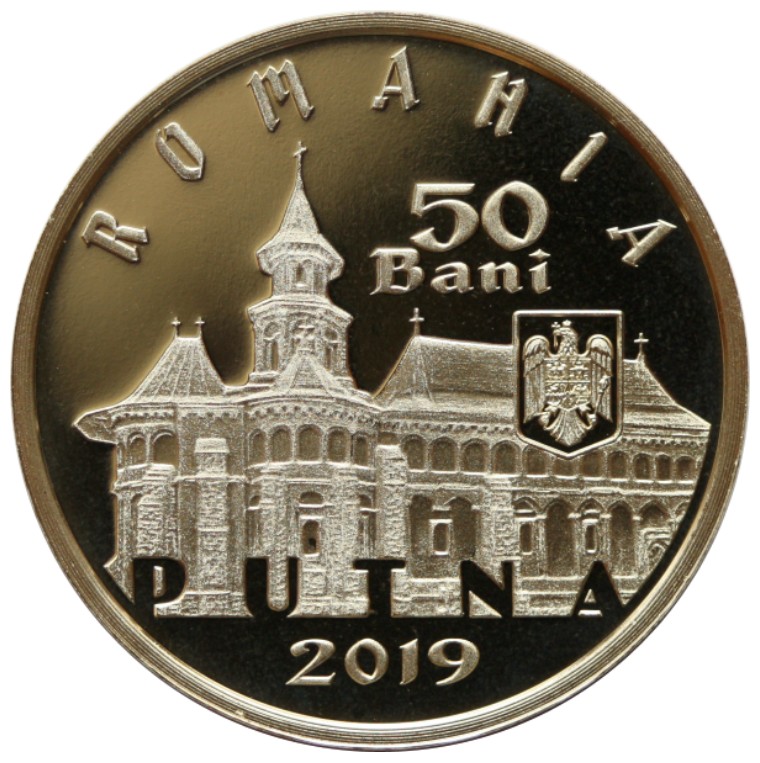 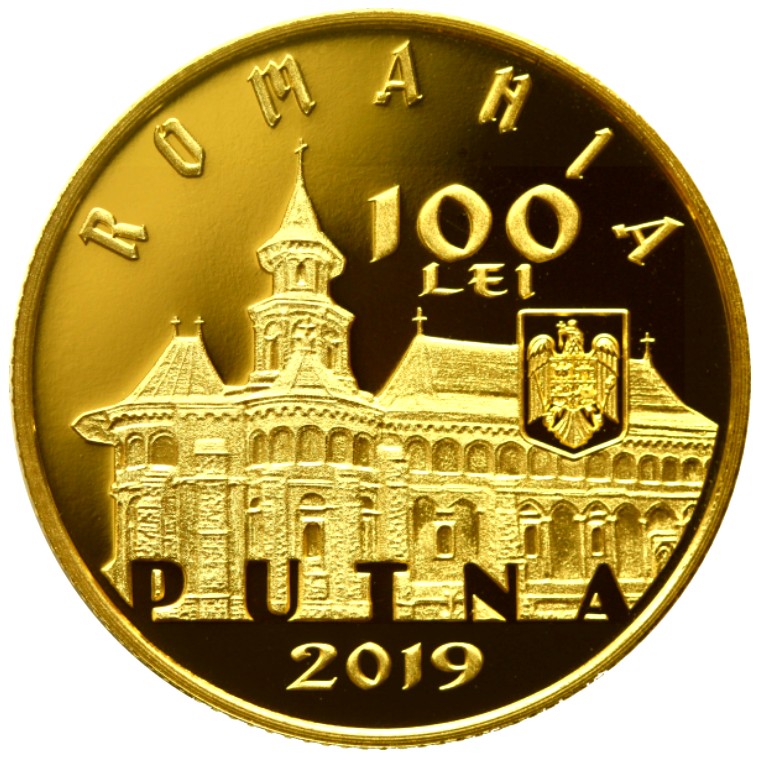 The reverse side depicts an image of the Putna Monastery’s church as it is seen today. The inscription ROMANIA is placed above the primary design along the rim. The face value 100 LEI and the coat of arms of Romania are placed towards the right half. The inscription PUTNA is shown just below the Monastery’s image and the year of issue, 2019, is placed below that.

The 10-lei gold collector’s coin will be available directly through the Bucharest, Cluj, Iasi, and Timişoara regional branches of the National Bank of Romania. A base metal version with the denomination of 50-bani that includes the same design as the gold versions is also available as a separate purchase.