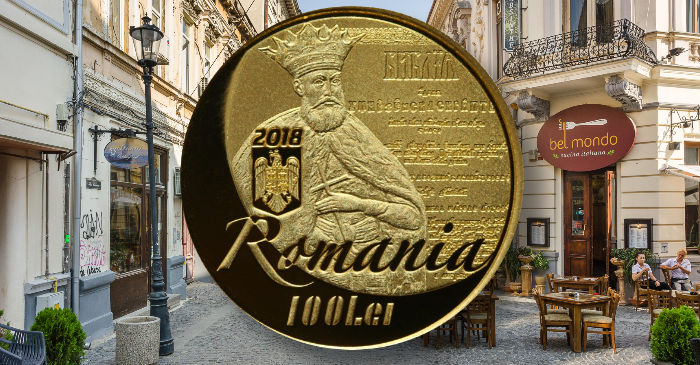 The Banca Nationala a Romaniei have announced (13th April) that new gold coins will be issued which are in tribute to the 330th anniversary of the bibles which were first printed in Bucharest and in the Romanian language. It was in 1688 that the Bucharest Bible Biblia de la București which, was also known as the Cantacuzino Bible, was first published with a complete translation into Romanian. The task of printing a Bible in the Romanian language was under the patronage of Șerban Cantacuzino (1640–1688), Prince of Wallachia, between 1678 and 1688, who supported its fruition and was eventually overseen by Constantin Brancoveanu (1654–1714), Prince of Wallachia, and successor to Șerban Cantacuzino. The translation project commenced sometime in 1682 with the material being collected and organised by Archbishop Germanus of Nyssa from the Patriarchal Academy of Constantinople, Sevastos Kyminitis from the Greek School of Bucharest, Radu Greceaunu, and Stefan Greceanu — though none of them are mentioned in the book. 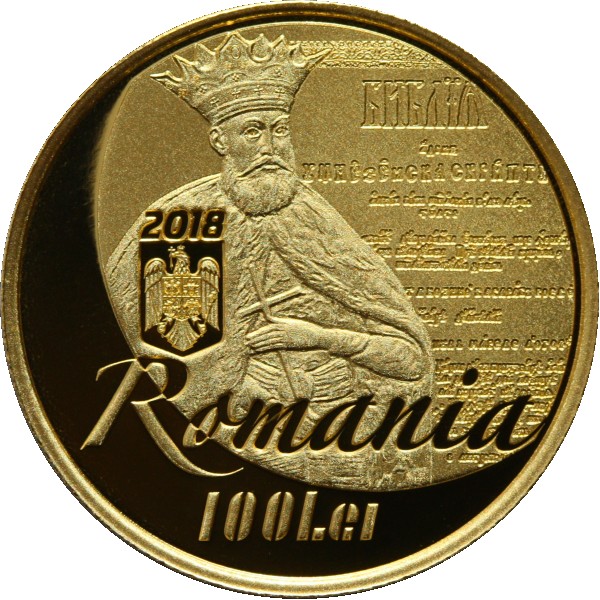 The coin is produced by the Monetăria Statului at their facilities in Bucharest on behalf of the National Bank. The obverse side includes the portrait of Prince Șerban Cantacuzino, who first commissioned the printing of the Bucharest Bible along with an excerpt from the Bible which is seen in the foreground. The inscription ROMANIA in a stylised script and the face value 100 Lei are placed in two lines towards the lower portion of the coin. The coat of arms of Romania and the year of issue, 2018, are placed to the left of the depiction of Prince Cantacuzino. 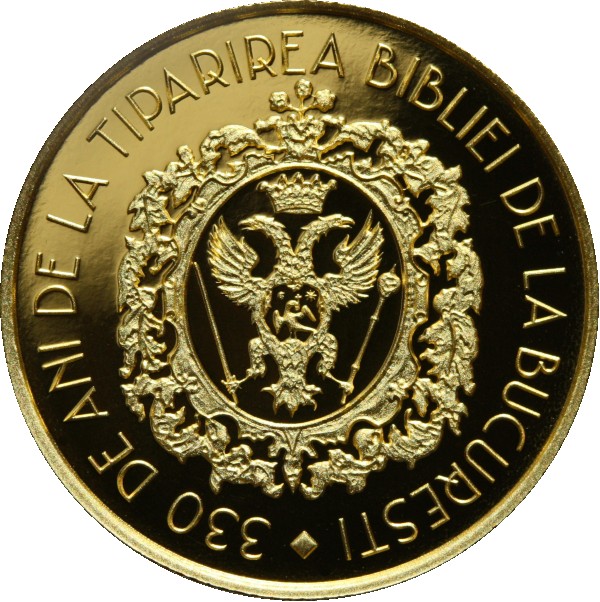 The reverse design includes the coat of arms of Șerban Cantacuzino which was once used on the Bible’s introductory pages. This design is placed in the centre, along with the inscription 330 DE ANI DE LA TIPARIREA BIBLIEI DE LA BUCURESTI, which surrounds the primary design.

The gold coins are individually housed in transparent plastic capsules and are accompanied by leaflets featuring a presentation of the numismatic issue in Romanian, English, and French. Each leaflet comes with a certificate of authenticity bearing the signatures of the governor and the chief cashier of the National Bank of Romania. The collector coin is available starting today and directly through the Bucharest, Cluj, Iasi, and Timişoara regional branches of the National Bank of Romania.

Netherlands: 2018-dated leeuwendaalder or “lion daalder” pays tribute to the province of Zeeland