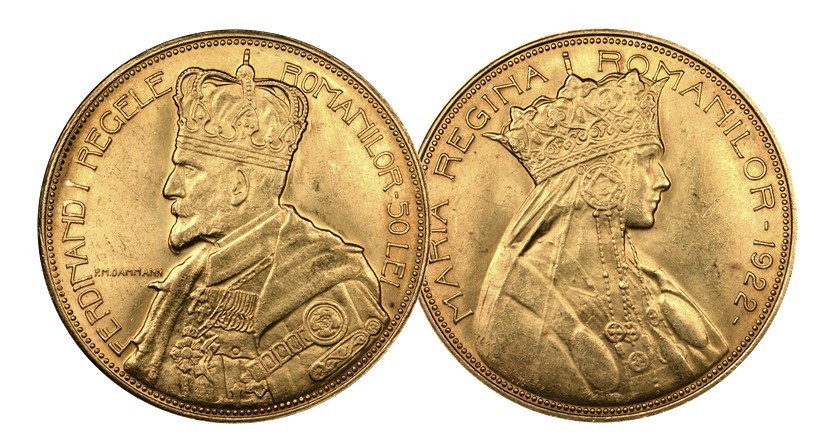 The Banca Nationala a’ Romaniei has released (1st December) new gold Proof-quality coins which are part of their ongoing series entitled “History of Gold.” Begun in 2003, the annual series highlights a variety of well-known Romanian artefacts which were produced from gold, with many items holding very significant places in Romanian history throughout its pre-modern and modern era.

This year’s subject features the exquisite gold coronation coins of King Ferdinand I and his consort, Queen Marie. Produced as presentation pieces, the gold coins were minted to commemorate King Ferdinand I and the Queen attending the day the Romanian Orthodox Patriarch solemnised their reign. Having succeeded to the throne of Romania in 1914, much of the continent became embroiled in a war that year which would change Europe irrevocably — most notably Romania. The king did not wish to divert resources on a ceremony and suggested his coronation would take place during a time of peace. From 1919 and for at least two more years, Romania had been in negotiations after the conclusion of the Great War to finalise borders, and for international recognition of additional territory it had fought for during the war. The “Great Union” became a reality with the addition of Transylvania, Bessarabia, and Bukovina, which nearly doubled the landmass and population of the country pre-war. 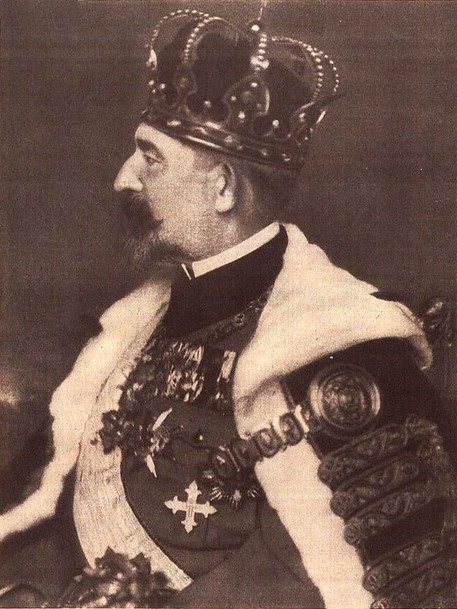 It was at this time when the king agreed to a date for his coronation, which took place on the 15th October 1922. The ceremony, steeped in rich Orthodox tradition took place in a specially constructed coronation cathedral in the city of Alba Iulia. Conducted by the Metropolitan of All Romania, the actual crowning did not take place inside the actual cathedral. The reason for this was that although the king was a monarch of a predominantly Romanian Orthodox country, he, having been born into the Catholic faith, would not consent to be crowned by a member of the Eastern Orthodox Church, and thus placed his crown on his own head, before crowning the Queen who had knelt before him. Immediately after the crowning, a series of cannon fire took place as a sign that the first king and queen of Greater Romania had been anointed.

Initially meant as presentation pieces, these impressive gold coins with a mintage of 105,000 pieces were believed to have been struck at the Royal Mint in Great Britain, but not until 1927 or perhaps 1928, and only after the death of King Ferdinand I. Records indicate, however, that much of the mintage was never released and may have been melted down to mint new coins and as such, these coronation coins are considered rare.

Minted from 90 percent gold with a weight of 16.1 grams and a diameter of 40 millimetres, they carried the face value of 50-lei shown on the obverse and included within the legend surrounding the effigy of King Ferdinand I facing left. Designed with an intricately detailed portrait of the king and queen on the opposite side, the effigies are the work of eminent medallist and engraver Paul-Marcel Dammann (1885–1939). Shown as a crowned sovereign, the portrait is a half-length figure of King Ferdinand I, along with his title as king of Romania. The reverse side includes a crowned, draped, and veiled figure of Queen Marie facing right and the year of issue, 1922. 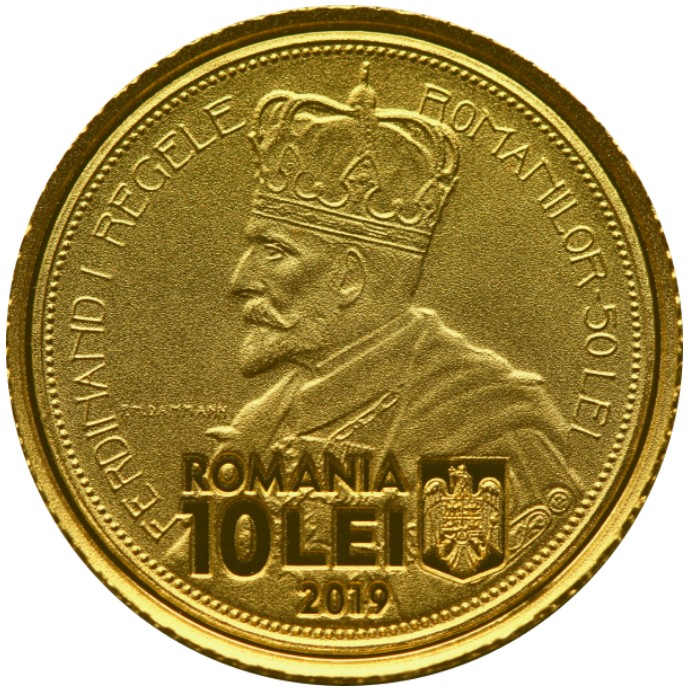 Romania’s Monetăria Statului produces the new gold coins at their facilities in Bucharest on behalf of the National Bank. The obverse side recreates the original obverse of Ferdinand I’s coronation coin. Superimposed just below the king’s effigy is the text ROMANIA 10 LEI 2019, which is arranged in three lines. The Romanian crest is placed to the right of the text. 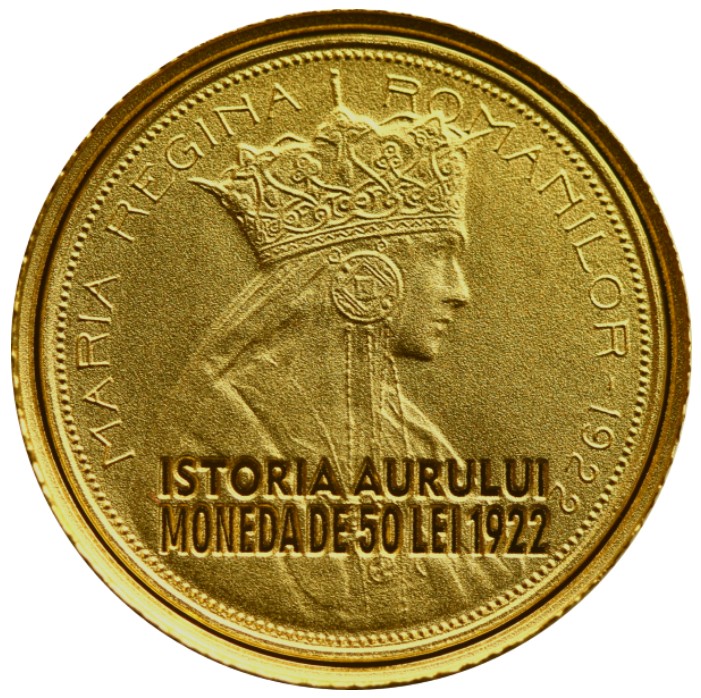 The reverse also recreates the original reverse of these coins and depicts Queen Marie as she was shown on the 1922 versions. Superimposed is the inscription ISTORIA AURULUI MONEDA DE 50 LEI 1922 (“History of Gold, 50 Lei coin, 1922”) arranged as two lines.