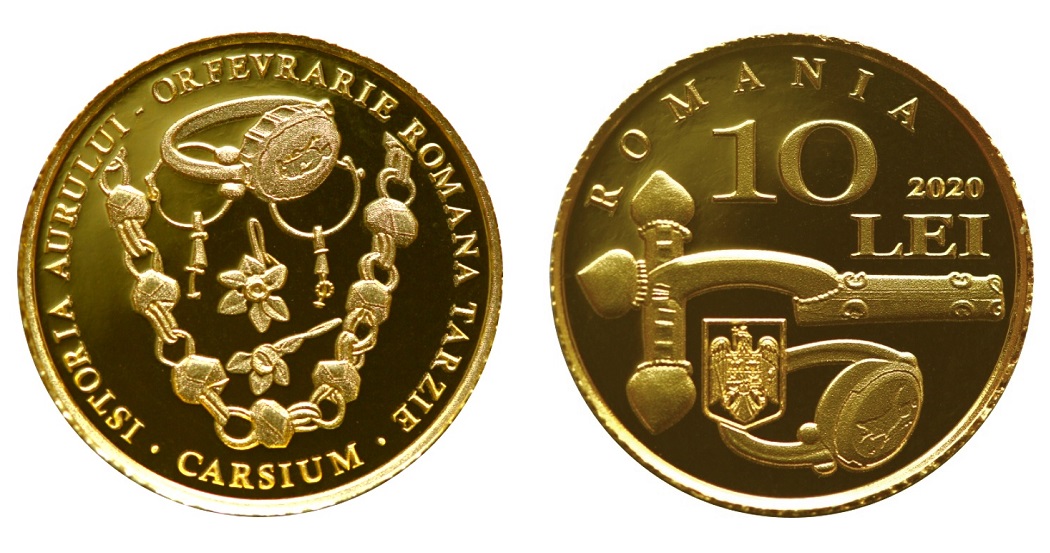 The Banca Nationala a’ Romaniei has released (2nd March) new gold collector’s coins which are part of their current series entitled “The History of Gold in Romania” and focuses on various artefacts and artisan pieces which highlight Romanian culture and identity. The latest coin focuses on ancient gold and silver findings during a time when the region was, in fact, part of the Roman Empire’s most far-flung outposts in the Balkans.

The artefacts featured on the coin’s design concentrate on findings from Moesia, an ancient region which became a Roman province. Situated in the Balkans south of the Danube River, Moesia included present-day Romanian Dobrudja, among other vast areas including Central Serbia and Southern Ukraine. Today, the area includes the city of Constanța, which is also the name of the area’s administrative county. Historically known as “Tomis,” it is the oldest continuously inhabited city in Romania, founded around 600 B.C. The area is also home to an ancient ruin known as Carsium, or the Fortress of Hârșova, a tower built when Constanta was part of the Roman province of Moesia in the first century C.E. 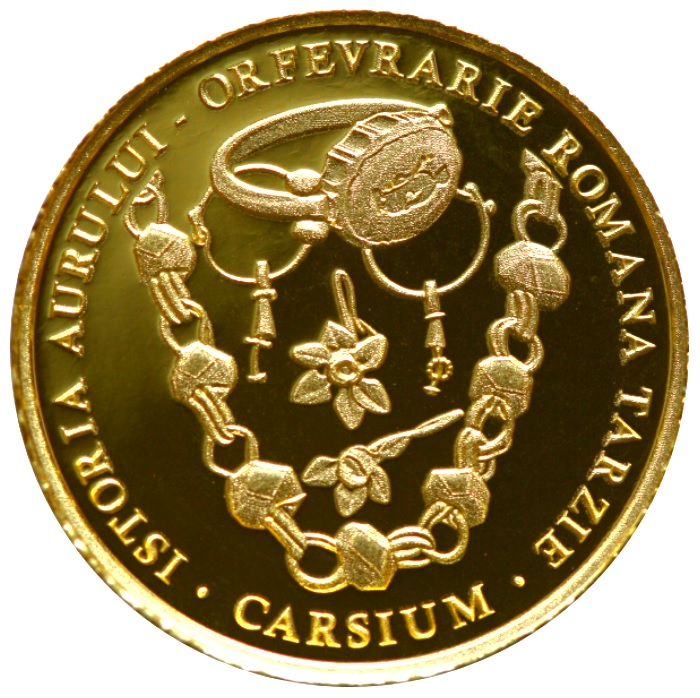 The Monetăria Statului, Romanian State Mint, produces the coins at their facilities in Bucharest on behalf of the National Bank. The obverse side features gold jewels from the stock of late Roman gold and silver artefacts discovered in Carsium, present-day Hârșova. The inscription ISTORIA AURULUI – ORFEVRARIE ROMANA TARZIE and CARSIUM encircle the primary design. 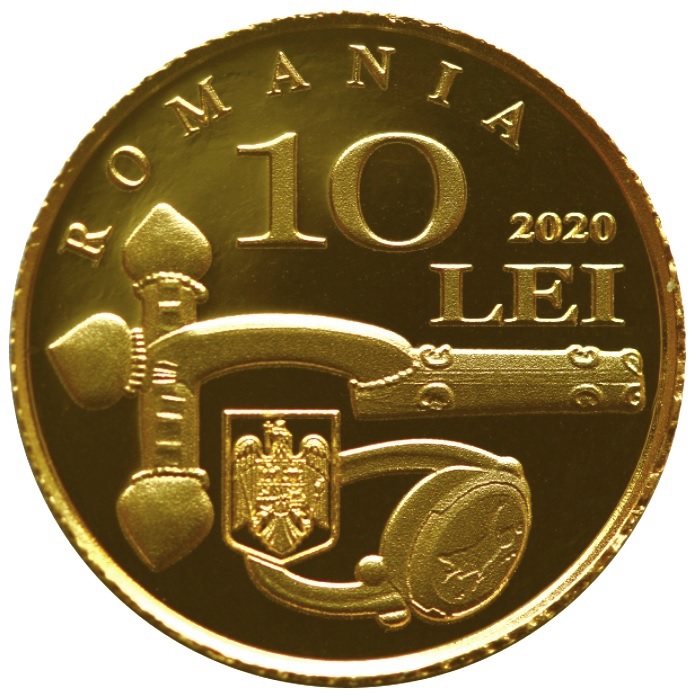 The reverse side includes images of a gold fibula and a gold ring from the stock of late Roman gold and silver artefacts discovered in Carsium (Hârșova). The inscription ROMANIA is placed above the primary design along the edge with the face value 10 LEI just below and the year of issue, 2020. The Romanian coat of arms is placed above the Roman ring depicted.

The National Bank of Romania has announced that a mintage of 1,000 10-lei gold Proof coins will be released nationally from the 2nd March. A certificate of authenticity containing the signatures of the NBR governor and the central cashier is included with the coins, which are available directly through the Bucharest, Cluj, Iasi, and Timişoara regional branches of the National Bank of Romania. For additional information, please visit their website.