The Banca Nationala a’ Romaniei has issued (17th February) new collector coins which are in observance of the centenary anniversary of the founding of the Romanian National Opera of Cluj-Napoca, which was the first lyric institution of the country and one of the most iconic from Europe. Founded on the 18th September 1919, it was previously the National Theatre of Cluj and the Music Conservatory. The history, however, of the Cluj lyric theatre pre-dates the founding of the present Opera Company. The building of the opera itself was erected at the beginning of the 20th century, between 1904 -1906, by the world-renowned Vienna firm Fellner & Helmer, who were specialists in the design and construction of opera theatres. Built in a slightly Baroque-Imitation Secession style of architecture, it is very similar to the other 48 European theatres constructed by the Vienna firm and is unique in Romania. The main concert hall has a capacity of 928 places and is ornately decorated in the Neo-Baroque style, with some influences inspired by Art Nouveau in the decoration of the foyer.

The first performances to be presented were two symphonic concerts on the 13th and 14th May 1920, led by Czech conductor Oskar Nebdal. The opening operatic concert of the Romanian National Opera of Cluj-Napoca took place on the 25th May 1920, with a staging of Giuseppe Verdi’s grandiose opera AIDA, in a wholly Romanian language performance, led by conductor Alfred Novak, with the artistic direction by the first director of the institution — Constantin Pavel, who was also the first to play the part of Radames. The season also included 15 symphonic concerts given by the Orchestra of the Romanian National Opera of Cluj.

Today, the Romanian National Opera of Cluj-Napoca is internationally recognised as a cultural institution of European rank, which is affirmed as a valued contributor of Romanian culture and as a stage that has supported and promoted a whole range of exceptional artists, who would later develop careers of international fame and praise. 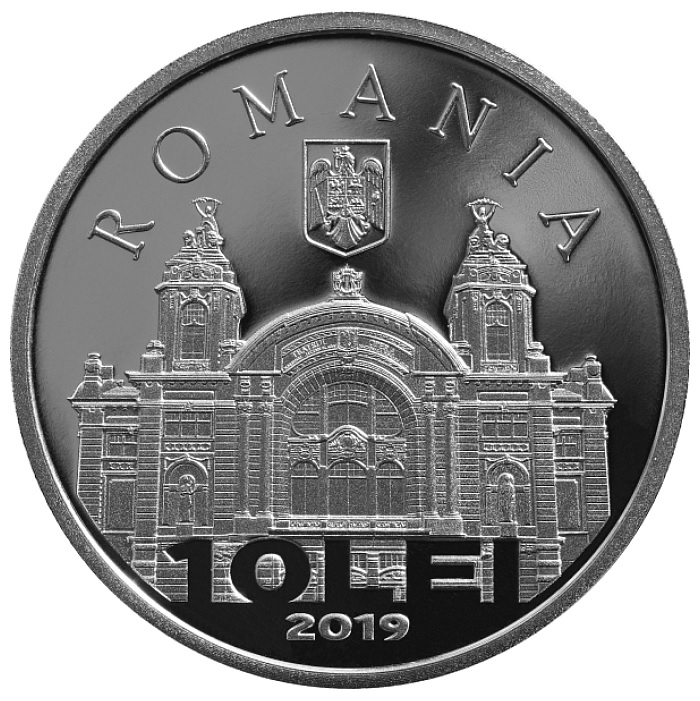 The Monetăria Statului produces the coins at their facilities in Bucharest on behalf of the National Bank. The obverse side features the depiction of the well-known and landmark building of the Romanian Opera in Cluj in the centre.  The inscription “ROMANIA” is placed above the primary design in an arch shape with the coat of arms of Romania positioned just below the text and the face value 10 LEI and the year, 2019, seen below the building. 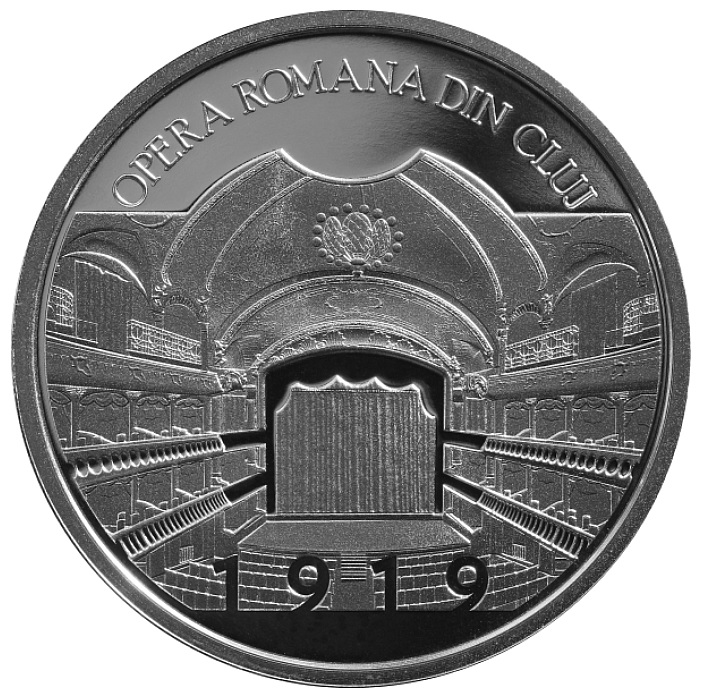 The reverse side includes an interior image of the auditorium of the Romanian Opera with the inscription OPERA ROMANA DIN CLUJ placed above along the upper edge and the year of establishment, 1919, shown below.

Each coin is encapsulated and accompanied by a certificate of authenticity containing the signatures of the NBR governor. The coins are available directly through the Bucharest, Cluj, Iasi, and Timişoara regional branches of the National Bank of Romania. For additional information about these coins and others issued by the National Bank, please click here.