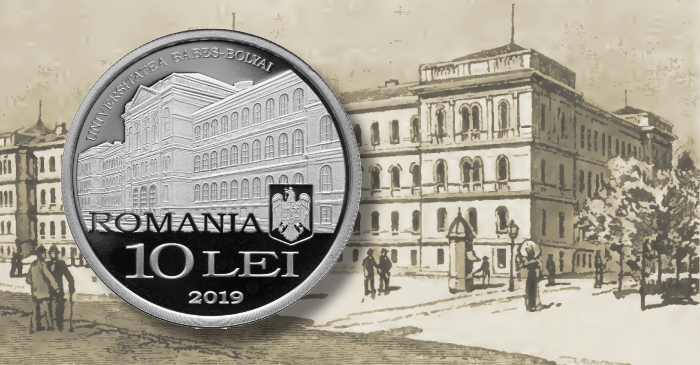 The Banca Nationala a’ Romaniei has released (1st October) new collector coins in observance of the centenary anniversary of the launch of the highest institution of learning in the city of Cluj. The Babeș-Bolyai University, which was officially relaunched in 1959, began its activities as the Franz Joseph University founded in 1872 in the Hungarian realm of the Austro-Hungarian Empire.

After the First World War, and with the completion of the Great Union of Romania (România Mare) in 1918, the university was taken over by the Romanian authorities and became an institution of higher learning of Greater Romania. On the 12th May 1919, the new Romanian University of Cluj was officially constituted. Though initially named “Superior Dacia University,” the institution was later dedicated to His Majesty King Ferdinand I, which was opened on the 3rd November 1919 to the student body and professors and officially inaugurated in the presence of the king himself on the 1st–2nd February 1920.

During the fighting brought on by the Second World War in 1940, after border shifting and territorial gains by the Axis, the Romanian faculty of the university was moved to Timișoara and Sibiu, and the former institution, previously administered by Hungary, was reopened once again, having returned from the Hungarian University of Szeged. With the conclusion of World War II and the reclamation of the previous territory by Romania, the King Ferdinand University was returned to Romanian authorities on the 1st June 1945 and established as the Bolyai University. In the spring of 1959, it was decided to unite two educational institutions under the name Babeș-Bolyai University, which was named in honour of two renowned scholars, the Romanian biologist Victor Babeș and Hungarian mathematician János Bolyai.

Today, the Babeș-Bolyai University boasts more than 41,000 students, and, according to the 2012 QS World University Rankings, it was included in the top 700 universities of the world at position 601. UBB also has the distinction as having the only university in Europe that has four departments of theology: Eastern Orthodox, Reformed, Roman Catholic, and Greek Catholic. 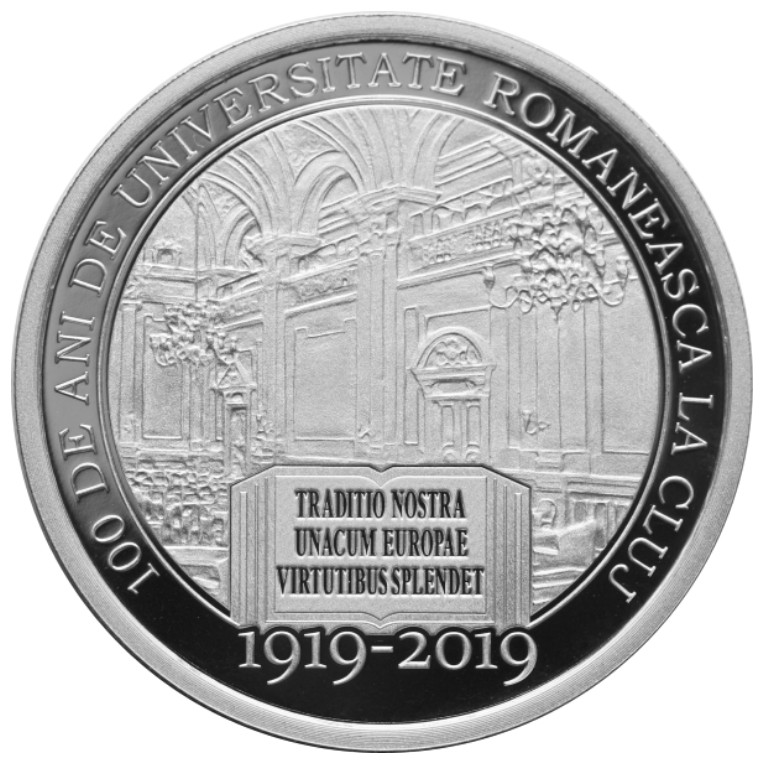 The Monetăria Statului produces the silver Proof-quality coins at their facilities in Bucharest on behalf of the National Bank. The obverse depicts the Aula Magna (Great Hall) of the Babeș-Bolyai University. Just under is an open book motif featuring the inscription TRADITIO NOSTRA UNACUM EUROPAE VIRTUTIBUS SPLENDET. Above and encircling the primary design is the inscription 100 DE ANI DE UNIVERSITATE ROMANEASCA LA CLUJ and the celebratory years 1919-2019. 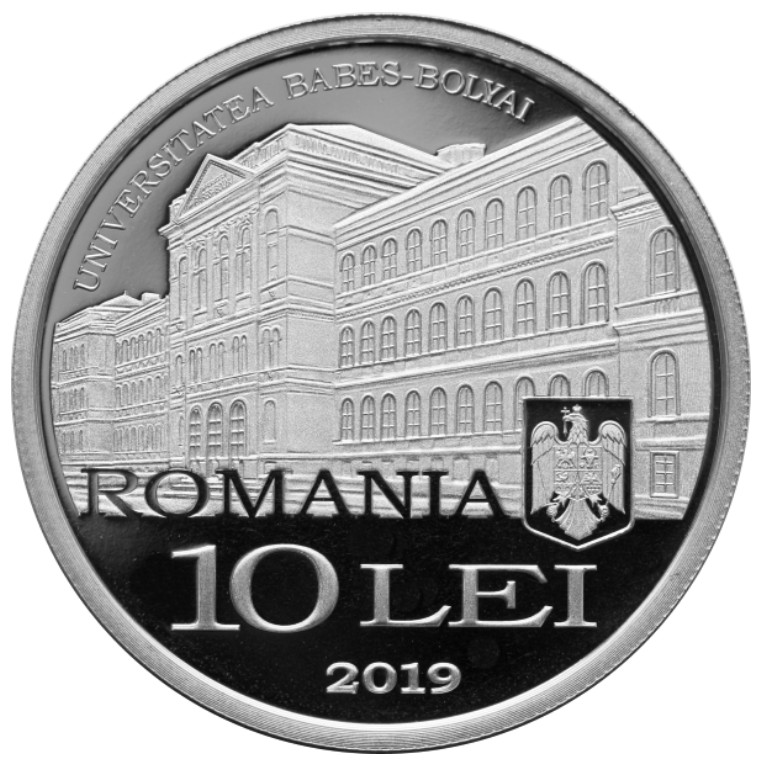 The reverse includes a depiction of the edifice of the building and the name of Babeș-Bolyai University in Cluj as it appears today. The inscription ROMANIA is positioned just below the building with the face value 10 LEI placed below, along with the coat of arms of Romania to the right, and the year of issue, 2019.

The 10-lei silver Proof collector’s coin is individually encapsulated and presented in a custom case and includes the certificate of authenticity containing the signatures of the NBR governor and the central cashier. The coins will be available directly through the Bucharest, Cluj, Iasi, and Timişoara regional branches of the National Bank of Romania. For additional information about this coin and other coins issued by the National Bank of Romania, please click here.