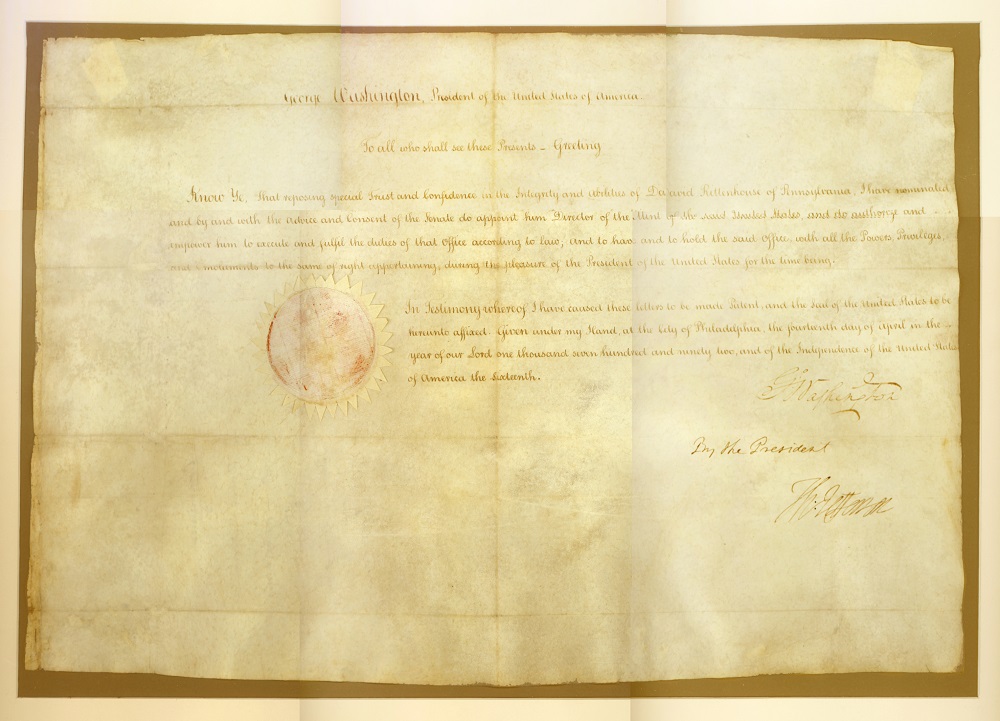 The finest known 1792 Half Disme, formerly owned by the first United States Mint Director David Rittenhouse, and the finer of the two known 1861 Philadelphia Mint Paquet Reverse Liberty Head Double Eagles, will be featured exhibits in the Museum Showcase at the American Numismatic Association’s 2018 Philadelphia World’s Fair of Money. 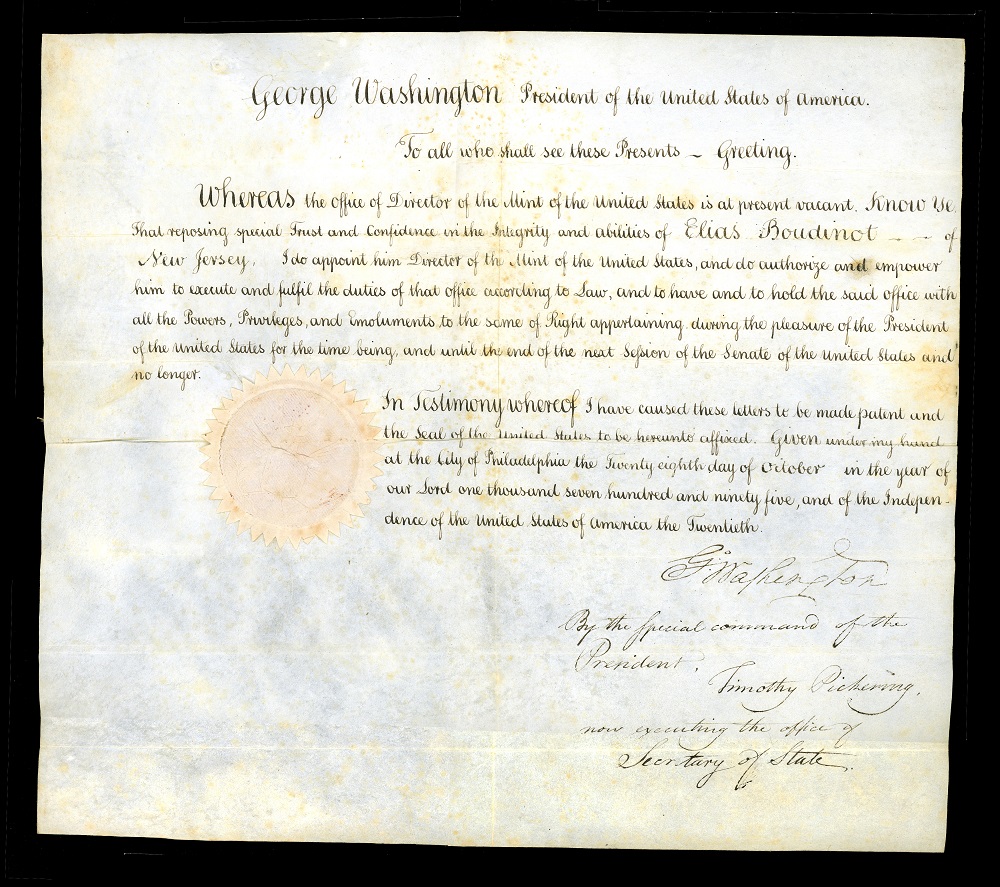 The two historic coins, along with George Washington and/or Thomas Jefferson-signed papers appointing Rittenhouse, Elias Boudinot, and Robert Patterson as the first, third, and fourth Mint Directors, respectively, are being loaned for the exhibit from the personal collection of ANA Governor Brian Hendelson, president of Classic Coin Company of Bridgewater, New Jersey.

The two coins will be insured for a combined $10.5 million for their “homecoming” display from August 14 to 18.

“Because this year’s ANA World’s Fair of Money is being held in Philadelphia, I thought this would be an excellent opportunity for collectors and the general public to see, in person, these two important rare coins that were made in Philadelphia,” said Hendelson.

“The half disme was the first denomination produced by the young United States for circulation, and this particular superbly struck and preserved coin could be the first one made. It was exhibited at Mount Vernon, Washington’s home, in 2014 and 2015. I’m happy to share it and the Paquet Reverse Double Eagle at the 2018 ANA convention for everyone to enjoy and to learn about the hobby and history,” explained Hendelson.

In the narrative text for the upcoming exhibit, ANA Money Museum Curator Doug Mudd wrote: “On July 13, 1792, the first U.S. Mint coins were struck for distribution at the request of President George Washington in a basement close to the site for the new Mint. Legend has it they were struck from Martha Washington’s silverware, but recent research has shown that Thomas Jefferson provided the $75 of silver required to make 1500 half dismes. The coins were distributed by Jefferson to foreign dignitaries, members of the government and others — a calling card for the establishment of the U.S. Mint and an announcement of the new American republic.”

The coin remained carefully preserved by Rittenhouse and then his descendants from 1792 to 1919. Subsequent owners have included the Knoxville Collection, California coin dealer Steven L. Contursi, and the Cardinal Collection. 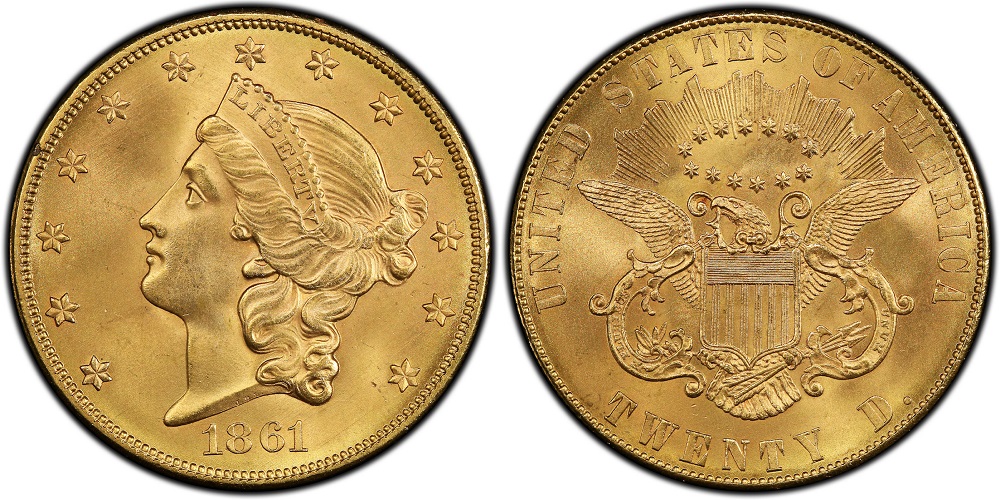 The finer of the two known 1861-P Paquet Reverse Liberty Head Double Eagles, graded MS-67 and from the Brian Hendelson Collection, will be among the Museum Showcase highlights at the ANA 2018 Philadelphia World’s Fair of Money, August 14-18. Photo credit: Professional Coin Grading Service.

The Paquet Reverse Double Eagle is described in the upcoming exhibit as “A Coin Worthy of a King,” as one of its previous owners was an Egyptian king.

In 1861 nearly three million $20 denomination gold coins were struck at the Philadelphia Mint, but today only two are known with a slightly modified design on the reverse made by Assistant Mint Engraver Anthony Paquet. He made the letters taller and slenderer in appearance compared to the previous design.

Mint Director James Ross Snowden was unhappy with the revision and subsequently recalled the new dies and ordered the melting of all 1861 double eagles struck at the Philadelphia Mint. The entire Philadelphia run was destroyed except for the two known remaining examples.

The Museum Showcase display at the ANA 2018 Philadelphia World’s Fair of Money will be the first time the Rittenhouse, Boudinot, and Patterson appointment documents have ever been exhibited together. 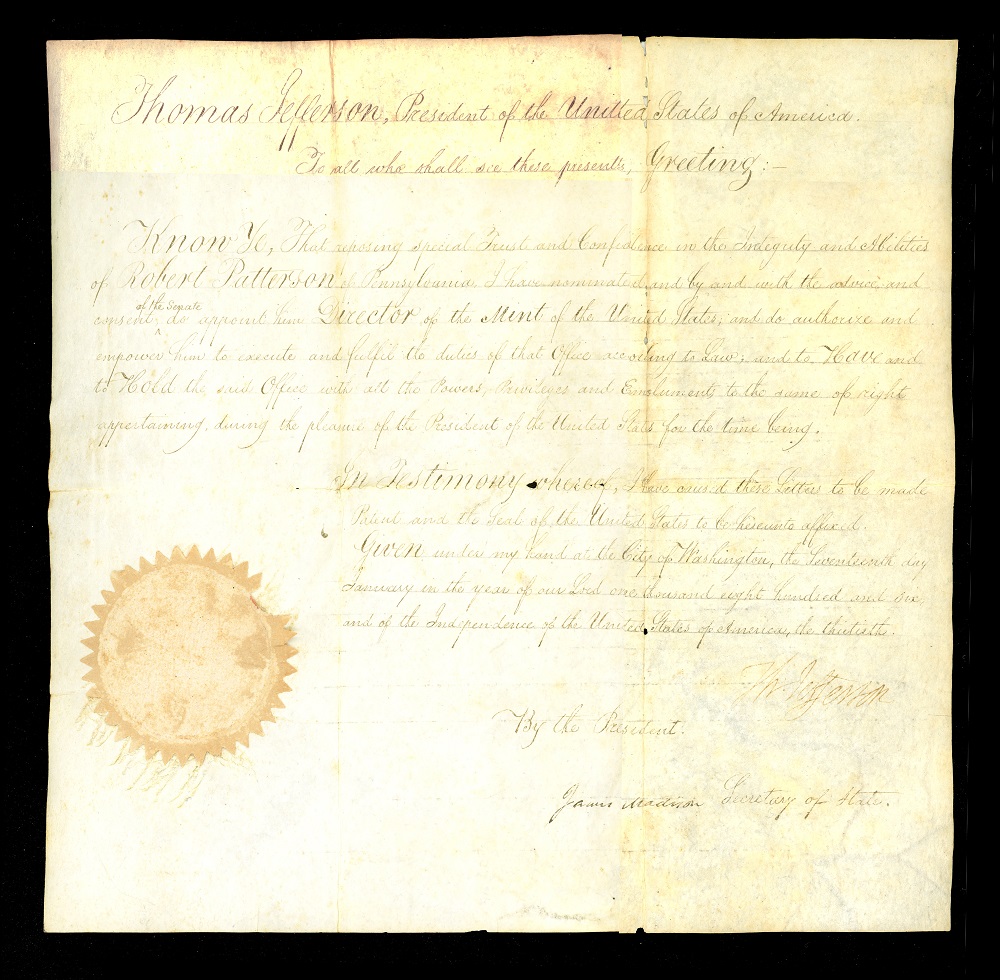 A fourth presidential appointment document in the exhibit, for Joseph Richardson as Assayer in 1795, is signed by Washington and Pickering.

The ANA 2018 Philadelphia World’s Fair of Money will be held at the Pennsylvania Convention Center, 1101 Arch St. in Philadelphia, Tuesday-Saturday, August 14-18. For additional information, visit the website of the ANA.