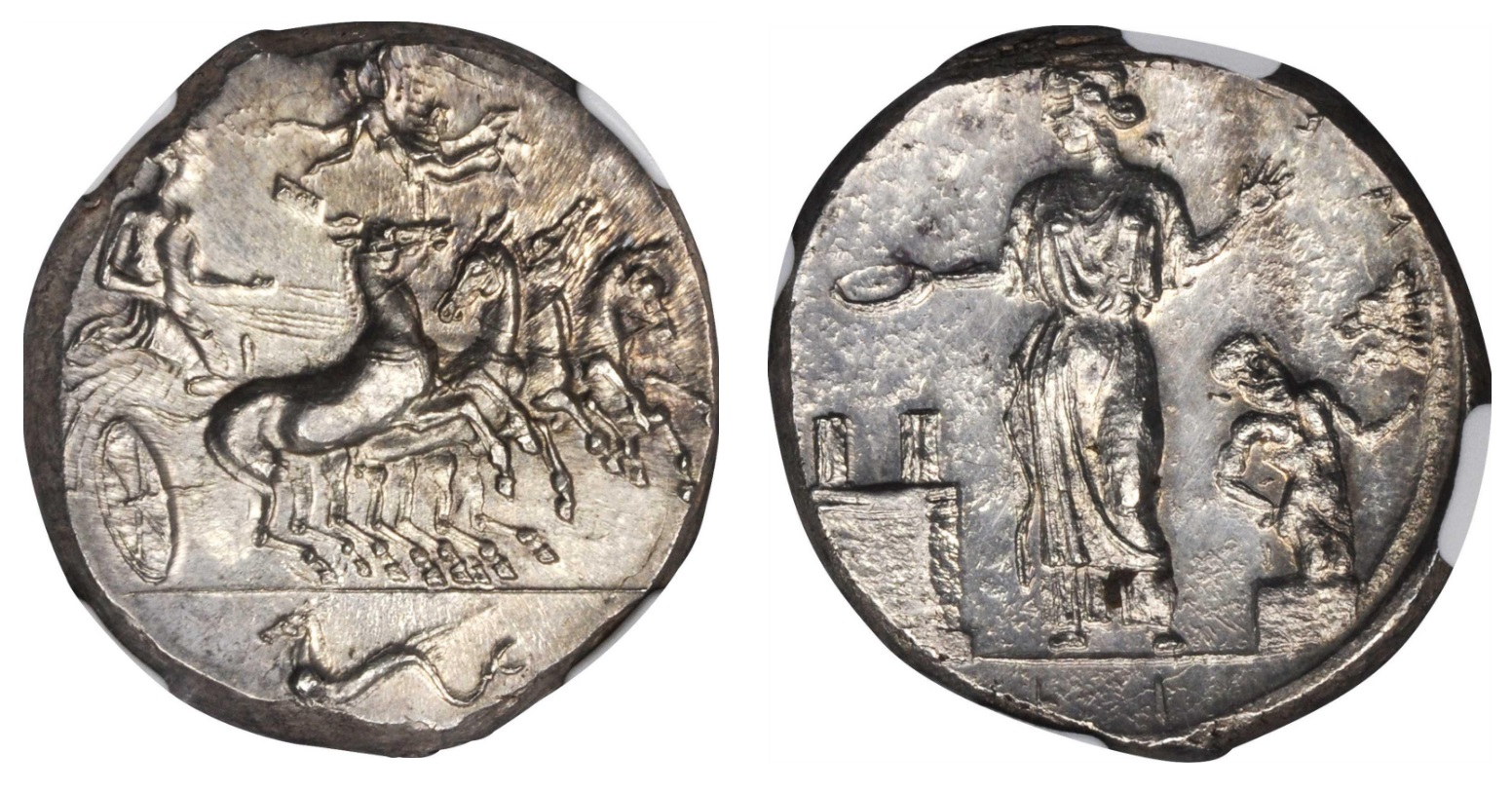 Bidding resumes on Saturday evening at 6:30 PM (ET) with Session C, which begins with ancient coins and covers the remainder of the world coin lots starting with Greece. Lot 41003 offers an incredible Himera tetradrachm in an incredible level of preservation, especially considering that it escaped the city just before the Carthaginians razed it to the ground. The marquee piece for the ancient coin section, featured on the catalog cover, is a wonderfully preserved “Heavy Standard” AV stater of Kroisos, considered the world’s first major gold coinage (lot 40120). An aureus of Julius Caesar (lot 41046), struck near the height of his power, offers terrific strike details and seems likely to end up in a sophisticated cabinet. The next ancient highlight comes nearly two centuries later, from Emperor Antoninus Pius, a beneficiary of Caesar’s warping of the Roman Republic. Lot 41056 is a gold aureus in tremendous Mint State condition. Lot 41058 offers a gorgeous aureus of Lucius Verus commemorating the Roman victories in Armenia. 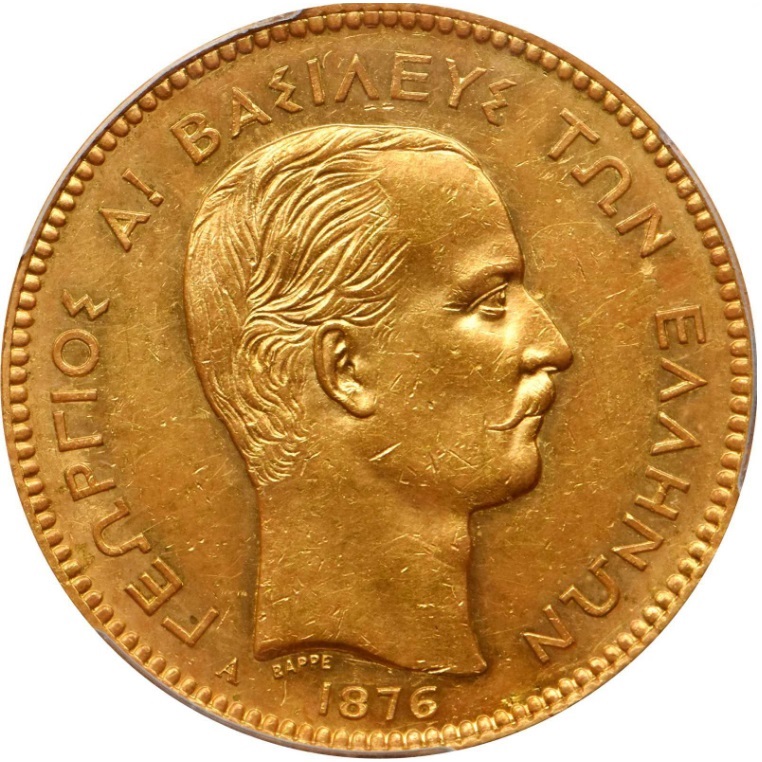 The second portion of world coins begins with Greece, the source for a magnificent 100-drachmai of George I (lot 41075). This coin is a fantastic one year type with a minuscule mintage of just 76 pieces, making it one of the most sought-after modern Greek coins. Moving on to India, a British produced Proof Mohur Restrike (lot 41105) provides a stunning gold issue for collectors of Commonwealth issues. A massive and immensely important Genoese rarity, a five-doppie from the Biennial Doge era is found in lot 41130. An intriguing Venetian Revolutionary Coinage, Banknote, and Medal Set in lot 41155 offers a detailed and cohesive group. 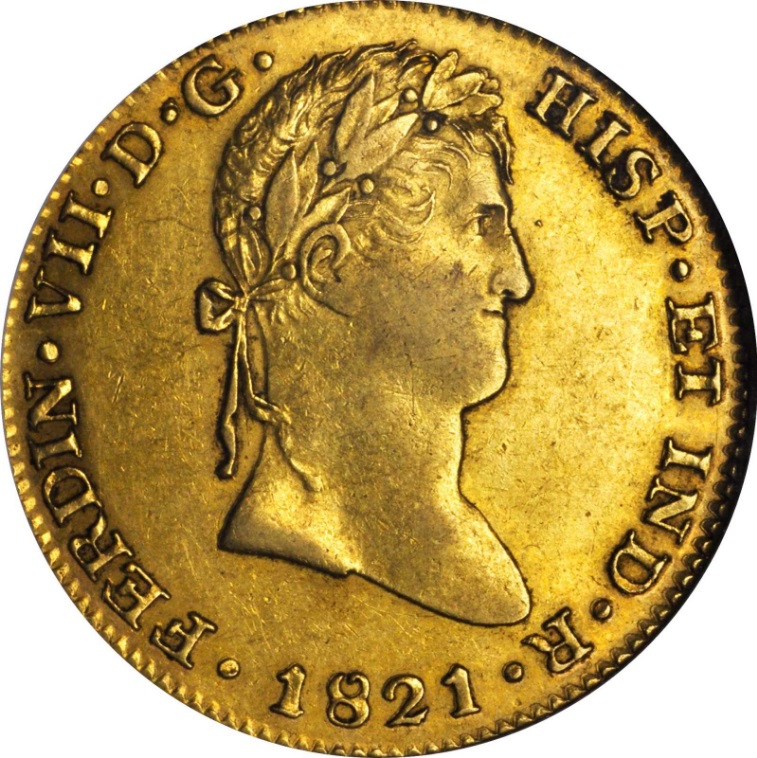 Coinage of Mexico features a great run of over 60 lots. The first highlight, a rare Guadalajara eight-escudos from the War of Independence (lot 41186), is a desirable example from the last year of Spanish Colonial rule in Mexico. Guadalajara also provides the single finest “Hand on Book” eight-escudo from that mint in lot 41197. Lot 41204 features the finest certified Mexico City Hookneck eight-reales, certified MS-64 and offering impressive strike details and delicate tone. Beyond these highlights, there is a great run of Republican gold coinage that is sure to attract attention. 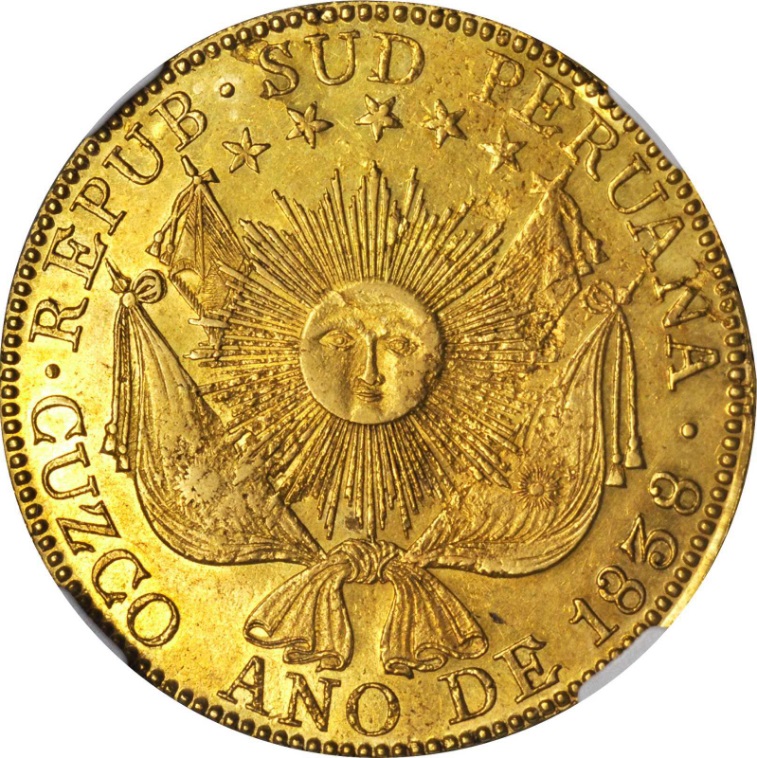 The short-lived Republic of South Peru provides a spectacular Mint State ‘Sunface’ eight-escudos as lot 41278. This rare piece features an iconic design appealing to a multitude of collectors. Two dozen lots from the Philippines offer a wide swath of interesting patterns, countermarks, and other esoteric material sure to excite specialists. The standout is lot 41302, an 1894 copper Centavo Pattern that traces its pedigree to the Ray Czahor Collection and the Greg Pineda Collection. Poland and the port city of Danzig bring an elusive taler of John III Sobieski as lot 41319, one of only two examples certified by PCGS or NGC. 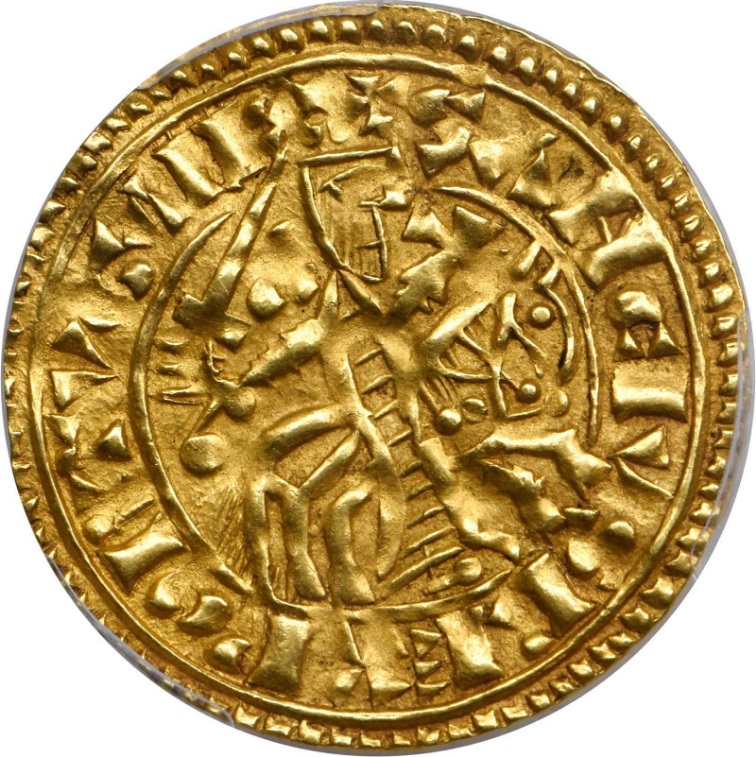 The coinage of Portugal offers a historic “First gold coin of Portugal” (lot 41321), which is certain to entice world gold type collectors, while a wonderful four-cruzados from the era of “Spanish Union” in lot 41322 is a spectacular rarity of Philip III (IV of Spain). A wholesome eight-escudos (Dobra) of Joao V, dated 1725, is just the second offering of this better date in recent years, making lot 41324 an exciting prospect for dedicated collectors. 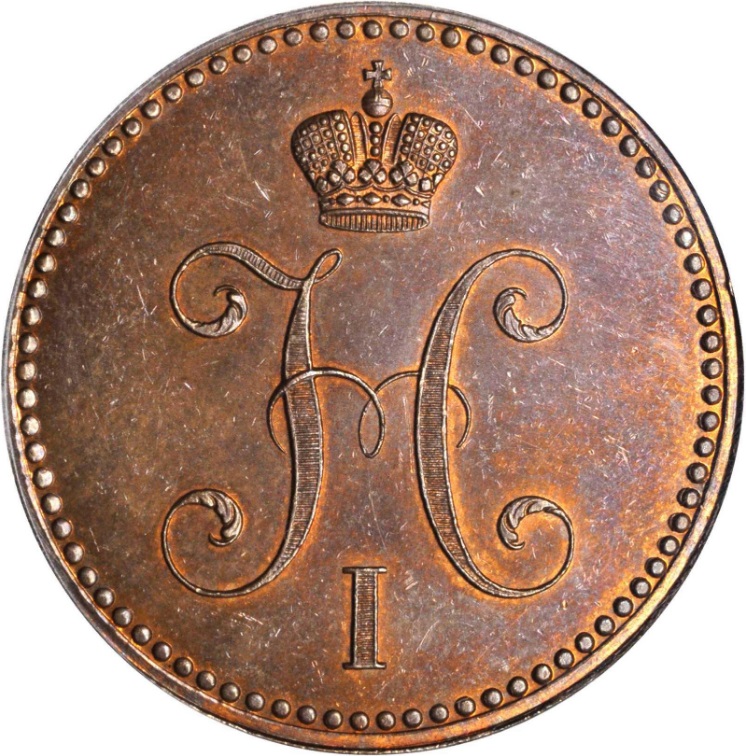 A trio of “Baby Ivan” rubles in the Russian section are sure to elicit serious competition due to the incredible demand for this type. A very rare 1840 Novodel three-kopek without a mintmark (lot 41343) displays lovely violet and reddish hues. Six lots (41359–41364) of fabulous Russian Orders and Decorations, all of which are from the Colonel Oleg Pantuhoff Collection, are sure to excite specialists. A rare and wonderfully toned Sierra Leone Proof silver dollar from a mintage of 40 pieces (lot 41373), is certain to see bids from all directions. 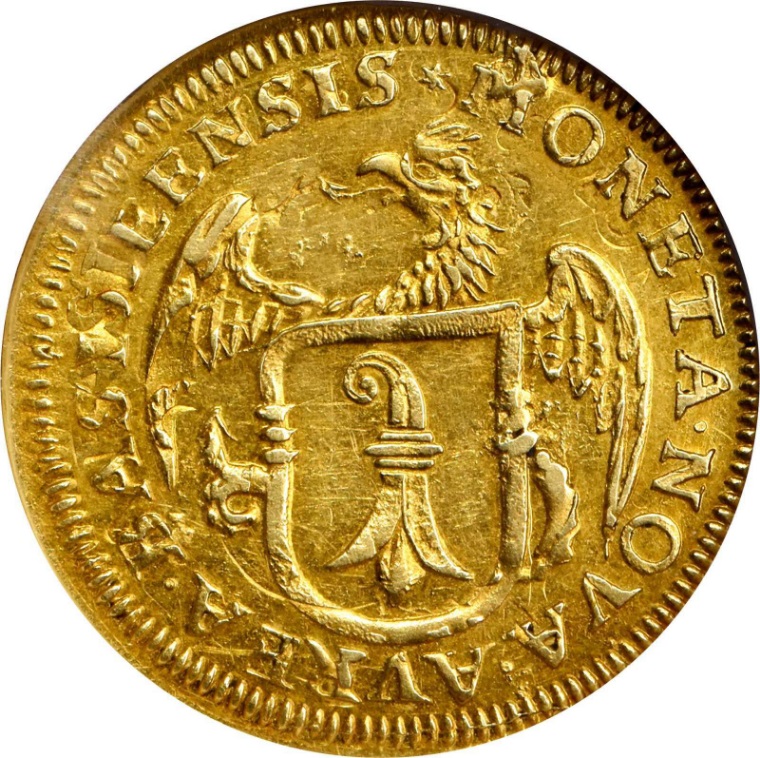 Highlights among the coins of Switzerland begin with lot 41397, a rarely seen double goldgulden of Basel notable as it is overstruck on an unpublished variety. A duplone from the same Canton is found in lot 41398; this one year type has earned a Prooflike designator for its exceptional surfaces. A magnificent and hefty eight-ducat issue of Bern in lot 41399 is the only certified example at either NGC or PCGS. Lot 41401 features another tremendous multiple ducat issue, in this instance a 20-ducat from Lucerne. This massive piece offers a beautiful city view on the reverse and is one of the most important highlights of the entire sale. 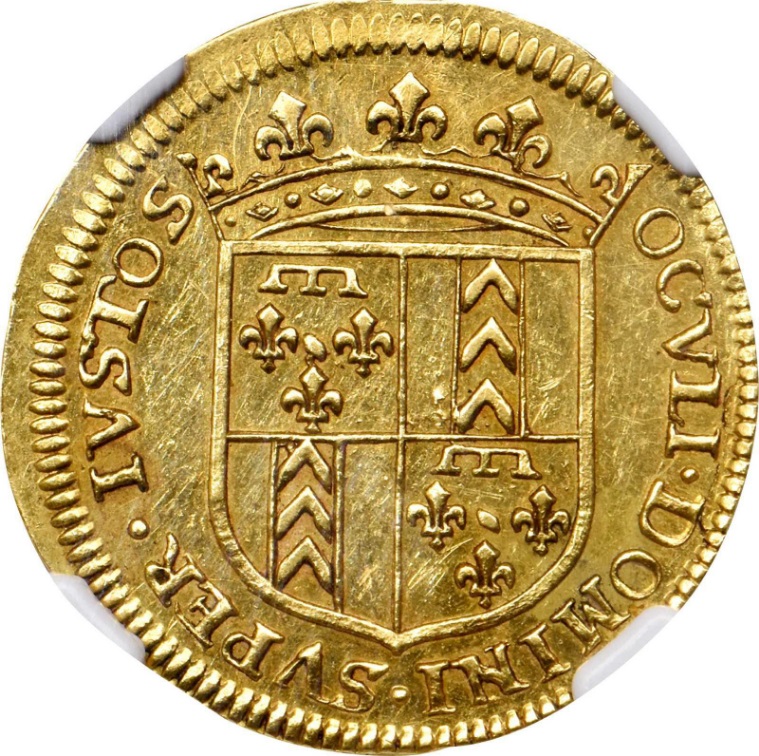 Swiss highlights continue with lot 41402, a Neuchatel pistole dated 1694 that is the only example in private hands (the other known example resides in the Neuchatel Museum). The history is fascinating and can be found in the printed catalog or the online description. The Canton of Schwyz is the source for an extremely rare 16th century Scudo d’Oro (goldkronen) found in lot 41403. This is possibly the only example offered in the past 20 years, potentially a once-in-a-generation opportunity. Wrapping up this extraordinary selection of Swiss highlights is lot 41404, a very rare Zurich four-ducat that is notable as the plate coin for the incomparable Gold Coins of the World by Arthur and Ira Friedberg. A “Centenary of the Death of Simon Bolivar” gold medal of Venezuela in lot 41416 wraps up the list of live session highlights.

Several Internet-only auction sessions are packed with desirable coin and paper money lots. Session E will offer 228 lots of ancient coins, as well as 750 world coin lots (from Afghanistan to Gold Coast) and will begin promptly at 9:00 AM (PT) on Monday, January 14. The world paper money Internet-only Session D will also be held at that same date and time. The second half of the world coins — Session F — featuring over 1,000 lots of coins from Great Britain to Zanzibar, will be held on Tuesday, January 15 and begin at 9:00 AM (PT).


Lot viewing will be available at the Stack’s Bowers Galleries Santa Ana, California office before the sale, as well as in New York. Check the website of Stack’s Bowers for specific dates and times.

Stack’s Bowers Galleries offers professional handling of your collection, with a proven track record of accomplished sales. Currently, consignments are being accepted for the February 2019 Collector’s Choice Online auction, the March 2019 Hong Kong Auction, and the August 2019 ANA Auction. Contact a consignment specialist at 949-253-0916 or via e-mail at . Or, stop by and visit the Stack’s Bowers Galleries table on the bourse floor at the New York International Numismatic Convention in the Grand Hyatt Hotel in Manhattan, from Thursday, January 10 to Sunday, January 13, 2019.