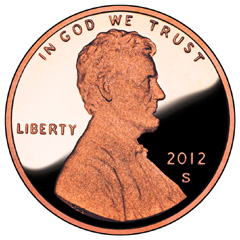 The release dates and pricing have been provided for the United States Mint’s core annual set offerings. These popular products include the 2012 Proof Set, 2012 Uncirculated Mint Set, and the 2012 Silver Proof Set.

The 2012 Proof Set includes the fourteen coins struck in proof quality with their standard compositions. This product is schedule for release on May 7, 2012 and priced at $31.95.

The 2012 Uncirculated Coin Set includes one example of each coin stuck at the Philadelphia and Denver Mints, for a total of 28 coins. The sets schedule for release on May 21, 2012 and priced at $27.95.

The 2012 Silver Proof Set includes the cent, nickel, and five $1 coins struck in proof format in their standard compositions. The dime, half dollar, and five quarters are struck in a composition of 90% silver, 10% copper. These sets are scheduled for release on June 4, 2012 and priced at $67.95. The price is subject to change depending on the market price of silver.

In addition to the core annual sets, the US Mint also offers various component options, which separately package the America the Beautiful Quarters or Presidential Dollars. A Birth Set is also offered this year with five coins in different denominations.

Last year, the US Mint released the 2011-dated annual sets much earlier in the year. The release dates were January 11, January 25, and February 8, 2011, for the proof set, silver proof set, and uncirculated coin set, respectively.  This was touted as the first time in at least a decade that the majority of the annual core products were offered this early in the year. The change was made to provide collectors with the opportunity to purchase the items for collections or gift giving opportunities throughout the year.