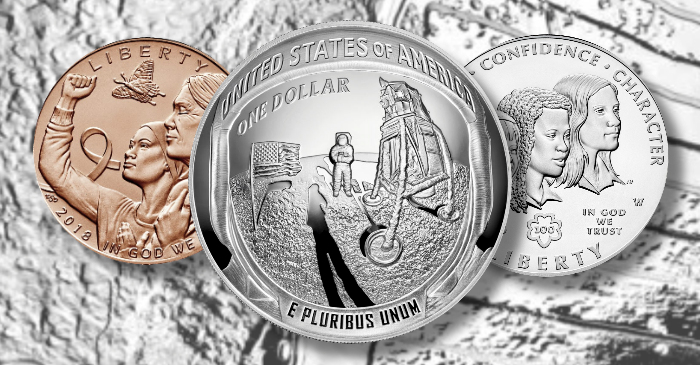 Many collectors of modern U.S. commemorative coins have for years lamented the quality of the designs of many recent issues and questioned the appropriateness of many of the themes commemorated on those coins. That has resulted in a sharply downward trend in sales, with the main exceptions being the two curved coin programs — the 2014 Baseball Hall of Fame and 2019 Apollo 11 50th Anniversary coins, which were both strong sellers. The forthcoming third curved series — the 2020 Naismith Basketball Hall of Fame coins — will likely also do well. The success of these programs was about more than their innovative shape and was also related to the broad appeal of the themes.

Several voices in the numismatic community, such as numismatic researcher Eric Jordan and myself, have for years suggested that if the goal is successful programs that appeal to collectors and non-collectors, greater consideration needs to be given to the types of people, places, and events honored on coinage. Those themes should be broader ones of national importance as opposed to the many narrower ones of recent programs such as those focused on various civic organizations.

The main obstacle to such reforms of the commemorative coin program lies within the United States Congress and, more specifically, in the practice of adding surcharges to the sale of commemorative coins to generate funds for the recipient organizations for these programs. As Eric Jordan has noted:

Anything you can do to get self-interest for special interest groups out of the equation, the better off we are.

He added that the quality of the designs and appeal of the themes on commemorative coins would benefit from getting rid of surcharges.

There have been growing calls to end this practice, including from some legislators who introduced legislation beginning in 2012 to prohibit the payment of surcharges from the sale of these coins to any entity outside the federal government and redirect any funds in excess of costs to the Treasury to reduce the deficit. But those legislative efforts have repeatedly failed to garner enough support to get very far.

A recently updated report by Jacob R. Strauss of the Congressional Research Service — the nonpartisan agency that provides research and analysis at the behest of and under the direction of the Congress — called “Commemorative Coins: Background, Legislative Process and Issues for Congress*,” suggests that broadening the appeal of these coins and increasing their sales and surcharge potential could come from greater consideration of what might be the best subjects to be commemorated. It also suggests that these goals have a better chance of being met if legislators incorporate provisions into commemorative coin bills that call for innovative designs like the curved coins.

While this approach and much of the information in the report, such as the discussion about the designing and minting of coins, will be familiar to most longtime collectors, the report will hopefully help to better inform members of congress about how to improve the commemorative coin process.

Strauss, who goes into detail regarding the history of U.S. commemorative coins since 1892 and the legislative process involved in authorizing these programs, notes that since only two commemorative coin programs may be authorized per year (as specified in legislation from 1996, which began with coins issued in 1998), Congress needs to prioritize which people, places, events or institutions should be celebrated on coins and which deserve to receive potential surcharge payments.

As the author of the report explains, during the period from 1892 to 1954, when commemorative coins typically celebrated state anniversaries, public events, or new memorials, the coins were sold directly to the sponsor organizations, which then resold them to the public at a profit. In 1939 Congress put an end to this practice because of the glut of coins on the market, which was causing their market values to decline, and resulted in many unsold coins that were returned to the Mint.

When commemorative coins were resumed in 1982, the range of subjects was expanded, and “the concept of surcharges as a method to direct money to designated groups was introduced.” But as Strauss explains, over time the practice of surcharges was not only resented by collectors, since it added to the cost of the coins and amounted to “involuntary donations” to the recipient groups, but also led to widespread lobbying efforts from potential recipients. 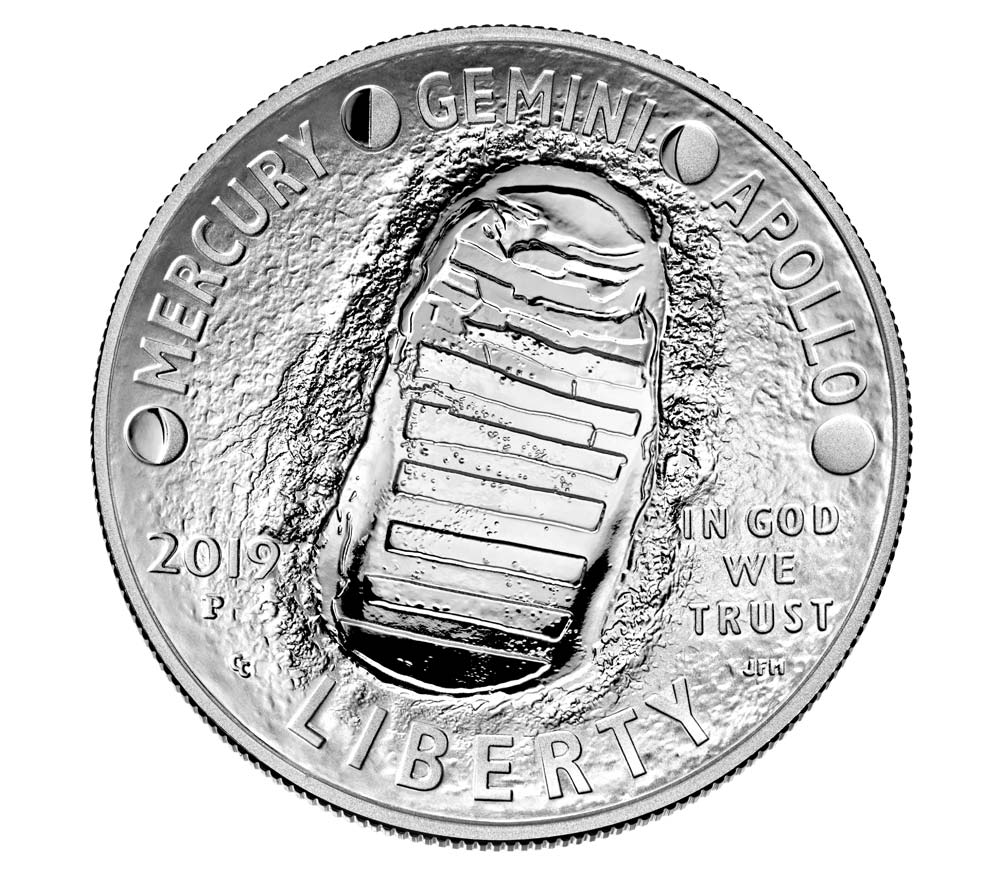 On the one hand, this practice has resulted in some of the most popular and successful modern commemorative coin programs, such as the 2019 Apollo 11 coins. As I explained here last year, former CCAC member Michael Olson spent several years lobbying the Congress about the proposed Apollo 11 50th Anniversary Program. Without the incentive of potential surcharges that will be sent to the Astronauts Memorial Foundation, Astronaut Scholarship Foundation, and the Smithsonian, it is unlikely the program would have garnered sufficient support within Congress.

In this case, the enormous and vast appeal of the subject matter and the very well-executed and innovative designs were also essential to the success of this program. In addition, the many collectors who urged their representatives to support the legislation authorizing the Apollo 11 coins also played an important role. 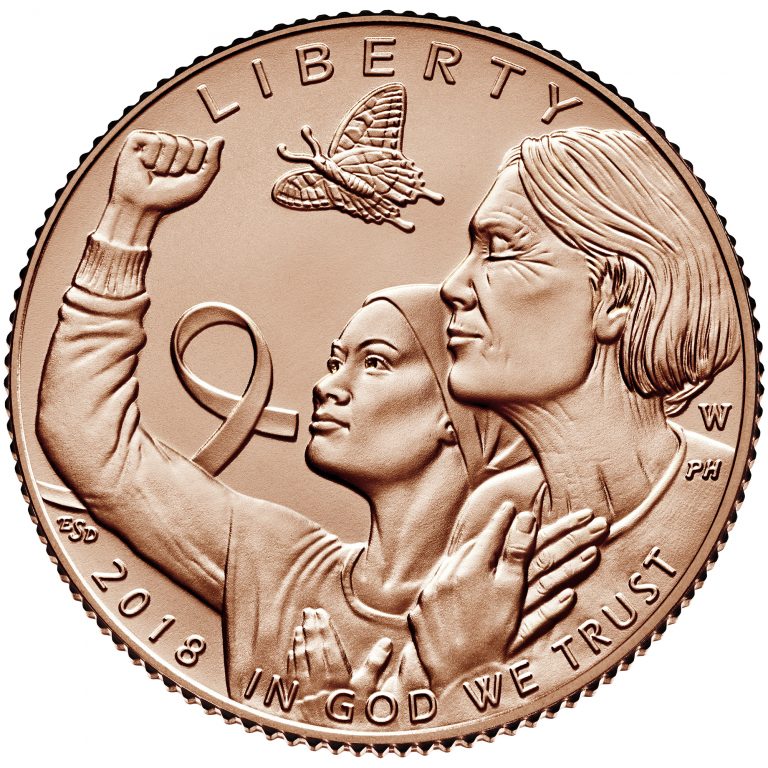 On the other hand, a process that is driven largely by the efforts of stakeholders — the potential recipients of the surcharges — is bound to result in some coin programs that are not very successful because of the narrower appeal of certain themes, or designs that do not resonate with potential buyers. Examples include the 2017 Boys Town coins, which have received awards for their designs but were not popular with collectors, or last year’s Breast Cancer Awareness coins, including the innovative pink gold $5 coins. The designs were met with mixed reactions, and the main issue with the gold coin appears to have been the substantial premium added to the coin over its gold content.

For themes that might not have sufficient appeal to be issued on coins, it would be more appropriate to issue medals, which the Mint can issue in bronze and silver without congressional approval.

The matter of prioritizing themes and recipient groups is the key to successful programs, but the problem is politics, and the legislative process often distorts this process. That is why, for example, there have been seven military-themed coin programs in the past decade, or 35% of the total commemoratives issued during that period, with more such programs currently being considered. 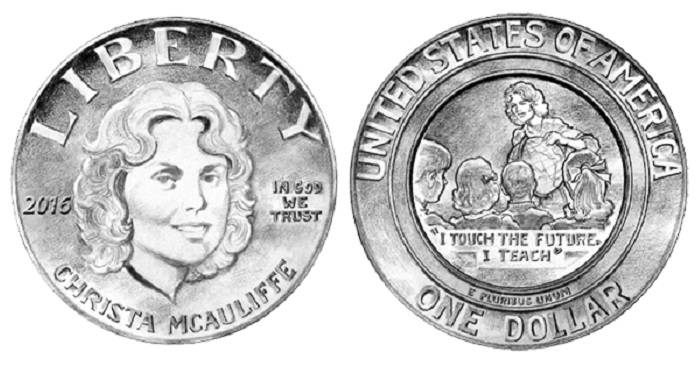 Recently, first the Senate (which is unusual, as the House typically goes first) and then the House passed the Christa McAuliffe Commemorative Coin Act of 2019, which has gone to the president and awaits his approval. The bill would authorize the issuance in 2021 of a commemorative silver dollar honoring McAuliffe, the New Hampshire teacher who perished in 1986 (along with six other crew members) when the Space Shuttle Challenger exploded. The bill, which was first introduced in 2016, specifies that the coin depicts a likeness of her on the obverse, while the reverse will depict her legacy as an educator. Any proceeds from surcharges, providing that all costs are recouped, and other statutory requirements are met, would go to the FIRST robotics program that helps to engage and inspire young people in science and technology. 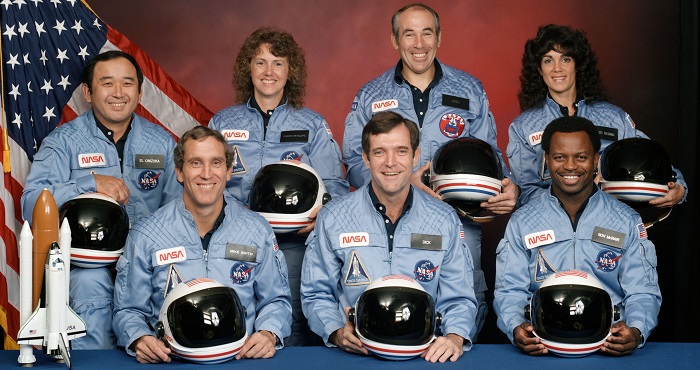 This program has so far not been met with much enthusiasm from collectors, many of whom point out that a coin honoring all seven crew members who died makes much more sense. The unofficial design concept that has accompanied most articles on this coin has not helped. It should be stressed that no actual designs have been prepared yet. In this case, the design requirements legislators included in the bill are a hindrance to the program’s success. It would have been better to leave the reverse up to the designers or to specify a reverse design that, in some way, honors the other crew members such as by inscribing their names.

Meanwhile, H.R. 3757, the 1921 Silver Dollar Commemorative Coin Act, which calls for the issuance of Morgan and Peace dollars in 2021 to mark the centennial of the transition in 1921 from Morgan to Peace dollars, has so far only garnered 15 co-sponsors in the House despite being very popular with collectors. Some details of the program are still under consideration, but if approved, it would authorize the issuance of Morgan dollars struck at multiple mints, including some at the former Carson City, Nevada facility, and higher relief Peace dollars.

While the House in the current Congress has not established a rule for the minimum number of co-sponsors for commemorative coin legislation, recent practice (which in the Senate is a specified rule) has been that two-thirds of the chamber must co-sponsor such bills.

The American Numismatic Association (which is one of the potential surcharge recipients) and several other entities such as the Pennsylvania Association of Numismatists have mounted campaigns since late summer to educate collectors about the program and encourage them to support the program by contacting their congressional representatives and asking them to co-sponsor the legislation.

Unfortunately, this program, which must be issued in 2021, is competing with several other pending commemorative bills for the second slot for 2021. The one that appears most likely to receive congressional approval is the National Purple Heart Hall of Honor Commemorative Coin Act since it already passed the House on September 19 and is currently being considered by the Senate.

There are also many other programs being considered, such as the Tomb of the Unknown Soldier Centennial Commemorative Coin Act. Note that both of these are again military-themed coins and that the Mint is already also producing silver medals for each branch of the U.S. Military, including a 2.5-ounce silver medal for the navy coming in 2021.

Thomas Uram, the president of PAN and the Chairman of the Citizens Coinage Advisory Committee, who, along with CCAC member and numismatic author Michael Moran, is the driving force behind the 2021 silver dollar program, recently told Coin Update that to be successful commemorative coin programs must be “driven by the themes rather than the stakeholders.” And subjects that appeal to members of congress, or those that are promoted by potential recipient organizations, are not necessarily ones that either coin collectors or the broader public would want to see commemorated on coins. 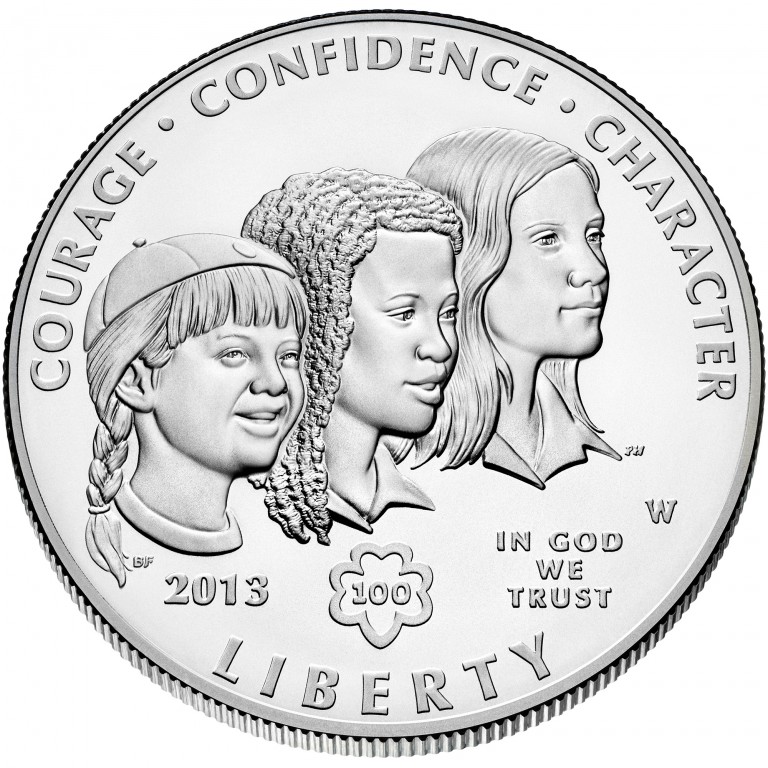 Doing away entirely with surcharges is very unlikely to happen since that is wrapped up with the representative function of members of congress. This means congressional legislators would do well to give greater attention to which themes and groups they prioritize and work with representatives of the numismatic community to craft better commemorative programs that are more likely to be successful — something which used to occur frequently in the past. Otherwise, history will keep repeating itself, and there will be more programs like the 2013 Girl Scouts Centennial coins that failed to generate enough revenue to generate any surcharges.

If you support the 2021 silver dollar program, please contact your congressional representative and ask them to support H.R. 3757. Time is of the essence.

*CRS reports, which are written for members of congress, can be obtained by contacting your representative. Many of them also are sometimes posted on outside websites, which in some cases do not have the most recent version. The report discussed in this article is available on the website of the Federation of American Scientists.