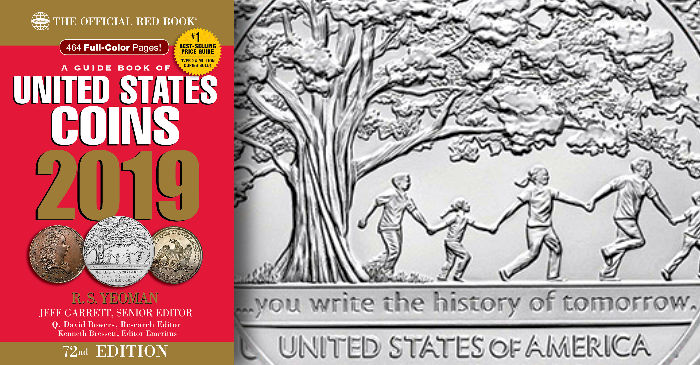 Our next narrative comes from Doug Winter:

I can’t remember exactly when I received my first Guide Book, but I’m certain that it was obtained as a result of nagging my Mom, who controlled the family purse strings at that time. I do know that I was about seven or eight when I got my first copy (which I still have) and that I read it every night until I had mintage figures memorized for most coins. My set of Red Books includes at least the last 35 editions, and they are a prized part of my numismatic library.

What I loved about the Guide Book then is what I still love about it today: its elegant simplicity. It is truly the complete one-volume coin library, and I think it has become an underrated reference in this era of numismatic specialization. It remains in a prominent place on my desk, and it’s a rare day that I don’t refer to it at least once.

I became a contributor to the Guide Book in 1983. I had just started working for Steve Ivy, and being the new kid at his firm, I was told to do Steve’s pricing when a packet arrived for him one day. I can remember telling Steve that I’d be happy to do it but I wasn’t going to be his ghost-pricer and that if I did do the work I wanted credit for it. I think I wound up shaming him into doing his own pricing, but this began a tradition for me of pricing United States gold coins for the Guide Book that has now gone on for a quarter of a century.

The pricing, of course, has witnessed an evolution of technology. For years, I remember filling in new prices with a pen and sending in dozens of sheets to the editors with my price changes and suggestions. Today this is done via computer. But I still really enjoy the chance to analyze what I think coins are worth, and I take my duties as a consultant to the Guide Book very seriously.

I would have to regard the Guide Book as one of the great contributions to 20th-century American numismatics, right up there with coin folders and coin albums. Think of the millions of copies of the Guide Book that have been sold and think of how many prominent dealers and collectors began their lifelong obsession with American coins as a result of this incredible book. I should know, because I’m one of them.