On March 25, 2010, leading third party coin grading firms PCGS and NGC made a joint announcement of a new “plus” grading discriminator. The announcement came as PCGS unveiled a broader service known as PCGS Secure Plus that incorporates both the plus grading and new security features enabled through the digital fingerprinting of coins with laser scanning.

PCGS has already started awarding grades with the plus (denoted “+”)  for eligible coins submitted through the PCGS Secure Plus service. NGC has stated that they would begin using plus designation within 60 days and asked for dealer and collector feedback while finalizing the service details. Accordingly, I wanted to provide my own recommendations for NGC Plus grading in this article, which will also be sent to NGC.

Before the recommendations, I wanted to summarize some the characteristics of NGC Plus grading, which were included in the announcement:

Many of the aspects of NGC Plus grading are similar or identical to those of PCGS Plus grading. Whether this is the result of cooperation between the two services or NGC simply following suit with PCGS’s standards, I don’t think this needs to be the case.

In the past, NGC has shown the ability to part with PCGS’s designation criteria, such as for Roosevelt Dimes with their “Full Torch” designation, which is more stringent than PCGS’s “Full Bands.” NGC has also shown the willingness to introduce innovations into the grading process, such the NGC Star designation.

Since NGC has allowed themselves more time to finalize the service, they have the opportunity to structure their plus grading to have a broader impact and to be more useful to collectors.

Here are my recommendations:

Do not make plus grading a separate service at an additional cost.

To gain the broadest impact and win the hearts and wallets of collectors, do not make plus grading subject to an additional fee or only applicable for coins submitted through a separate service. The “+” symbol is not a special attribution, but an increase in the precision of the grading scale. Accordingly, it should be applied to all coins submitted for grading as part of the standard process.

If the increased precision drives up the costs of grading, then build it into the standard submission fees. Personally, I would rather pay a slightly higher fee and have all submitted coins evaluated for the plus, than try to pick and choose which ones should be submitted under a separate service.

When NGC introduced the star designation, it was applied to all qualifying coins in the normal course of grading. It was not restricted to coins submitted in a certain fashion or under a more costly service, but it was awarded to coins which deserved the star on their merits. I think that the unrestricted application of the star to deserving coins helped the designation have a more immediate and significant impact on the coin market. 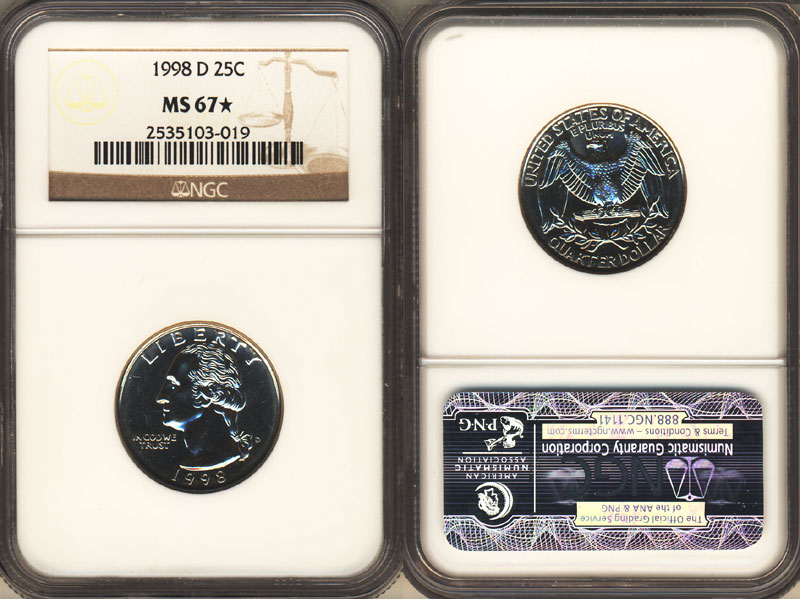 Do not make coins which do not receive the plus grade identifiable as such.

One thing that bothered me about PCGS Secure Plus grading is that collectors will be able to differentiate “non-plus” graded coins and assume non-premium status. This creates a disincentive for submitters and unintentionally creates a lower tier for each grade.

PCGS has unintentionally created the following three tier structure within each numerical grade:

1.) Highest tier for the grade- identified as coins in PCGS Secure Plus holders which have the “+” sign after the grade. These are coins which PCGS has determined to be superior for a grade technically and in eye appeal. PCGS states that plus graded coins are in the top 10-15% of all coins in its grade.

2.) Indeterminate tier for the grade- identified as coins in standard PCGS holders, which were graded before creation of the service or not submitted through PCGS Secure Plus service. These coins can be either premium, average, or low end for the grade. Collectors or dealers will have to evaluate whether the coin is premium for the grade on their own, the old fashioned way.

When offered for sale or auction, coins in the highest tier should attract premiums above regular prices. Coins in the indeterminate tier may or may not attract premiums, based on how collectors and dealers evaluate the coins (as has always been the case). Coins in the lower tier (which is not really lowest, but simply non-premium) may attract an unintentional stigma that results in lower than average prices.

When purchasing coins for my personal collection, I always like to believe that the coins I am acquiring are premium for the grade. Coins housed in PCGS Secure Plus holders which do not rate “+” grades have been definitively determined to be non-premium coins. When I come across such coins offered for sale, I will be more likely to pass.

The purpose of plus grading should not be to “degrade” standard grades, but to elevate a certain portion coins within a grade.

Award the plus designation for eligible coins all the way up to MS 69 / PF 69.

PCGS established that plus grading would only be awarded for coins between XF and MS68 (excluding MS60 and MS61). Their explanation as to why the plus grades would not be awarded to coins graded higher: “As the grades get higher, the gap between them shrinks. The difference between a 69 and 70 can be one tiny tick. I honestly don’t know how we can slice it much thinner.”

NGC followed suit by capping the use of plus grading at a maximum grade of MS 68. Their reasoning presumably follows PCGS’s statements above.

There are many coins where the price difference between MS 69/PF 69 and MS 70/PF 70 coins is enormous. In some cases the 69-graded coins are not worth the cost of the submission, but 70-graded coins are worth hundreds or thousands of dollars. It is exactly these instances when the plus discriminator would be most useful.

I’ve seen some 69-graded coins that are mediocre and some that are exceptional. Precision at this high grade level might be difficult, but it should not be impossible. 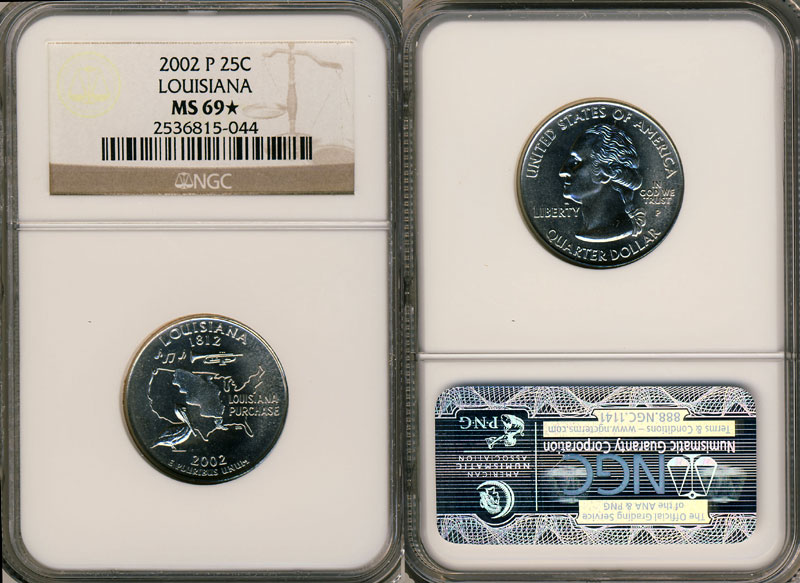 Award the plus designation for modern coins.

The announcement states the NGC plus grading will only apply to “select classic series” and will not be applied to modern coinage issues. I’ve read through the releases and FAQ’s on PCGS Secure Plus grading, and I haven’t come across a similar exclusion of modern coins from PCGS plus grading. Why is NGC excluding modern coins?

Are they implying that modern coins can’t be premium for the grade? What happens in fifty years when modern coins become not-so-modern?

As a collector of several modern coin series, this is the recommendation that I feel most strongly about. NGC should award the plus designation for modern coins which are premium for their grades.

If plus grading is going to have a lasting impact to third party coin grading, it should be applied across all eras and types, it should be a normal part of the grading process, and it should take precision as far as possible.