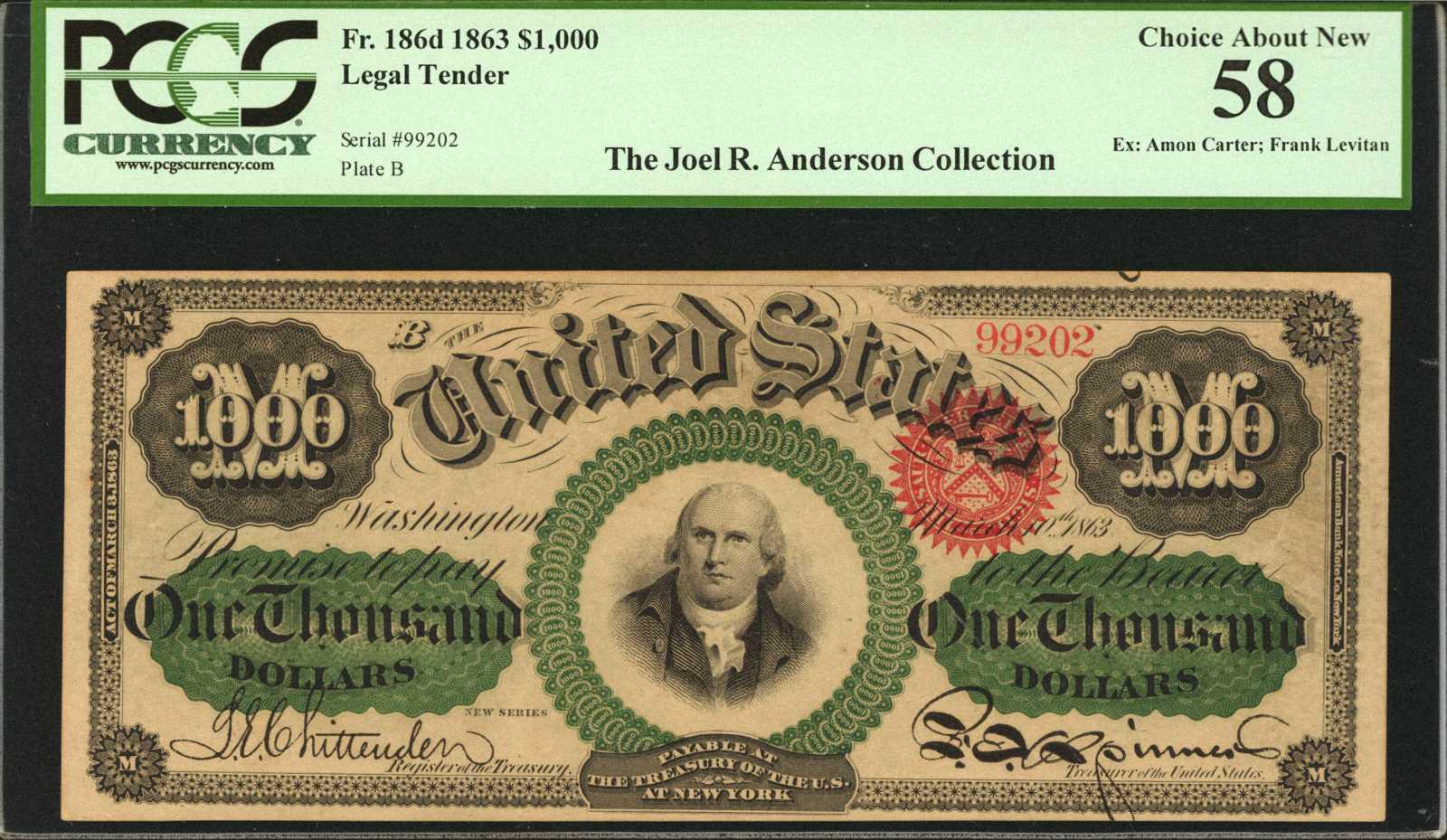 …Only four bills in total of the 1862 and 1863-dated $1000 Legal Tender Notes are known to collectors. According to the U.S. Treasury Department, thousand-dollar bills haven’t been printed in the U.S. since 1945.

The back of the note.

Click here to read the full story from CBS Baltimore.