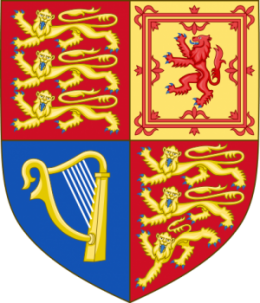 The Arms of the United Kingdom.

This, to me, is numismatic art at its finest!

In 2008, the United Kingdom released a new coinage design by Matt Dent, who won a public competition. There were more than 4,000 artists vying for the tremendous honor of having their design chosen, but 26-year-old Dent took the prize. His design is based on the Royal “coat of arms,” which bears three lions (England) in the top left corner; a rampant griffin (Scotland) in the top right corner; three lions (England) in the bottom right corner; and the harp of the Kingdom of Ireland (Ireland) in the bottom left corner. This particular design of the Royal arms has been in use since 1837, when Queen Victoria ascended to the throne. 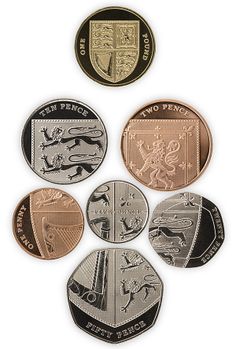 Dent’s design appears in full on the £1 coin, but the real delight here is that the design appears in pieces on the other coins of the series, ranging from 1-pence to 50-pence coins. When put together, the whole shield can be seen, as if it were a jigsaw puzzle! The obverse of each of the coins retains the portrait of Queen Elizabeth II. 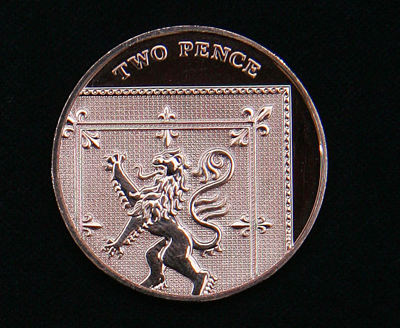 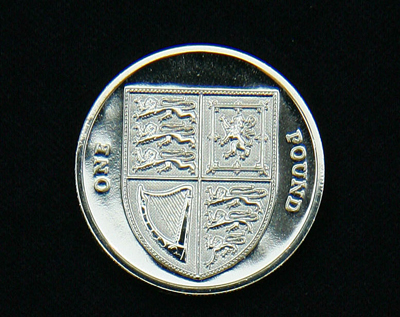 Although the BBC reported that “old coins will remain legal tender alongside the new versions,” I could easily see how even the casual spender would want to gather a complete set together, if only to see the whole design pieced side by side. It is, reportedly, “the first time a single design has been used across a range of coins in this way.”