Her Majesty Queen Elizabeth II presided over the Maundy Thursday ceremonies today, the 17th April  traveling to Blackburn Cathedral in Lancashire for the Royal Maundy during which among many other traditions, she handed out Maundy Money coins. 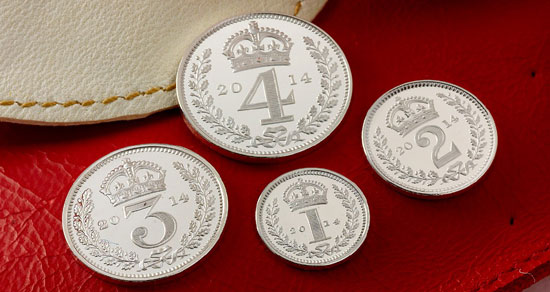 The ceremony was held for centuries in Whitehall and in Westminster Abbey, London, but since the beginning of Queen Elizabeth II’s reign, the Maundy Service has traveled to towns and cities across Britain.The tradition of the Monarch giving money to the needy on Maundy Thursday dates back 700 years, the tradition eventually becoming known as the Royal Maundy. Today’s recipients are usually people over the age of 70, chosen not because they are needy but for service to their churches and communities. The number of people who receive Maundy Money has evolved over the years, and now equals the number of years of the monarch’s age, with the same number of men as women nominated. This year, 88 men and 88 women received these incredibly special coins.

It was originally King Henry IV to decree that the number of Maundy recipients should equal the years of the Monarch’s age, although the practice began at least as far back as 1363 when the then 50-year-old King Edward III gave gifts to 50 poor men.This year’s recipients were each given a white purse containing 88 pence face value in Maundy coins (one penny for every year of the Monarch’s age) and a red purse containing the 2014 Queen Anne commemorative £5 and Commonwealth Games 50 pence coins. The set of 4 sterling silver coins, four pence to one penny total 10 pence in face value which means every recipient will receive eight complete sets and eight pence in various additional denominations.

The venue officially becomes the Royal Chapel for the day, with the Royal Standard flying. As part of the historic ceremony, Yeomen of The Guard or ‘Beef Eaters’ as they are popularly known – carry the purses containing the Maundy Money coins into the ceremony on six Alms dishes. Two of these are known as the ‘Fish Dishes’ one featuring seawater fish, the other freshwater. Four ‘Children of the Royal Almonry’ (two boys and two girls chosen from the area of the venue) attend the event. They wear white linen, carry small bouquets of flowers and also receive a set of Maundy Money coins in recognition of their participation.

The coins themselves have changed little since the 17th century, with only the face value of the coins being adjusted from old to new pence due to decimalization in 1971. Four numismatic portraits of The Queen have appeared on British circulating coins but Maundy coins still bear the portrait of the Queen which was used for the first coins of her reign in 1953. After the ceremony The Queen and Prince Philip attended a Reception at Blackburn Rovers Football Club to meet all those involved. Since Queen Elizabeth II ascended the throne in 1952, she has missed the Maundy Money service on only four occasions and the 2014 ceremony was the 59th time she has performed the historic ceremony. This will be the first time The Queen has attended the service in Lancashire, and it is understood this is in support of the historic building work taking place at the cathedral, the first such work on an English cathedral since the Middle Ages.