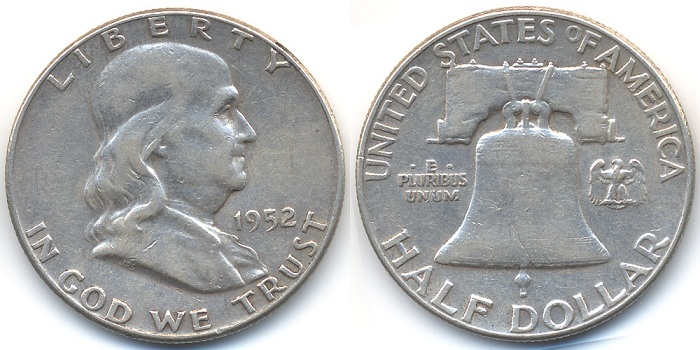 Q: Can you tell me why the very small eagle is incorporated in the reverse design of the Franklin half-dollar? It looks like an afterthought.

A: It was an afterthought, one that was required to make the coin legal. Chief Mint Engraver John R. Sinnock prepared the designs for the Franklin half-dollar in the mid-1940s. His reverse design, being an adaptation of the reverse of the Sesquicentennial of American Independence commemorative half-dollar he had executed in 1926 (modeled after a sketch by John Frederick Lewis), did not include an eagle.

Sinnock passed away before the tooling workup for minting the Franklin half-dollar was prepared. After his death, Mint officials had second thoughts about the wisdom of ignoring a provision of the Law of 1873, proscribing that the figure of an eagle appear on the reverse of all silver coins above the denomination of 10 cents, a requirement that has been embodied in every primary coinage law enacted since 1792.

Sinnock’s successor, Gilroy Roberts, added a small eagle to the right of the Liberty Bell at the direction of Mint officials. That action satisfied the spirit of the law but was criticized by the Commission of Fine Arts, which found the eagle to be “insignificant and hardly discernible.”