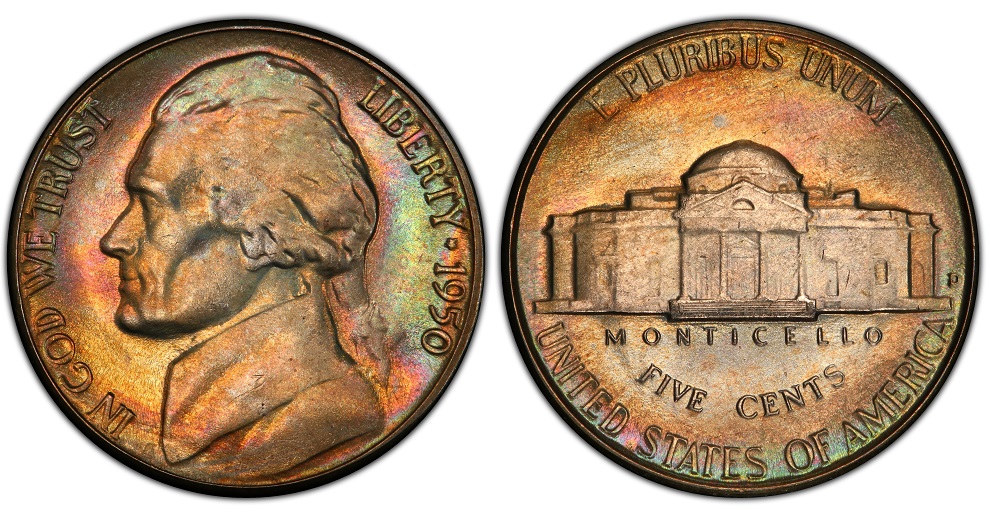 A: The quantity of coins minted for a given mint in a given year is determined by what is required to meet circulation requirements, not collector needs. The 1950-D nickel had the lowest mintage (2,630,030) of any year or mint of regular-issue Jefferson nickel coinage to date, and relatively few entered circulation. With only six exceptions, even annual Proof mintages of nickels since 1961 have exceeded that quantity. When collectors and speculators realized that the mintage of this issue was going to be so small — the Philadelphia Mint produced nearly 10 million of the coin that year, while Denver had produced about 46.5 million in 1949 and would produce about 20.5 million in 1951 — a significant percentage of the mintage was set aside in Uncirculated rolls, so few specimens ever reached circulation. That accounts for the tight spread in values between the Circulated and Uncirculated grades; while the 1950-D mintage was by far the lowest among issues of the first 13 years of the Jefferson series, it is one of the most common in Uncirculated condition. It was the subject of a great speculative boom in the early 1960s, which collapsed in 1964.

Bowers on collecting: An appreciation of Standing Liberty quarters (1916-1930)